After living in Charlotte for five years, I finally popped in Alexander Michael’s for a beer and early dinner. This is a place in the Fourth Ward neighborhood of Charlotte (northwest of uptown), which is beautiful and historic. There’s century old homes and courtyard parks!

Alexander Michael’s is pretty well regarded in Charlotte. It’s not your fancy, up-scale establishment, which I think is one of the reason’s it has been so successful – it’s small, warm and welcoming, quaint, lively and consistent. It has been there since 1983 – almost 35 years!

If you look on yelp, Alexander Michael’s has an astonishing 4.5 stars out of 5. Right off the bat, the most recommended items I saw were fried pickles, the London Broil and the “What It is” mysterious pasta dish. People seem to love the classics, and come back over and over because it’s a place where you know what you’ll get, and it’s a welcoming atmosphere. Grab a seat at the bar. They have a few tv’s for sporting events, but this is more a place to come with friends.

They also have a great selection of local beers (think Noda Brewing, Birdsong Brewing), so it’s a great way to live and feel “Charlotte.” All were around $5-$6.00 per pint.

We started with the jerk chicken quesadillas. I liked that they were crisp and a little browned with oil – definitely enhanced the flavor. They were nice and cheesy, too! 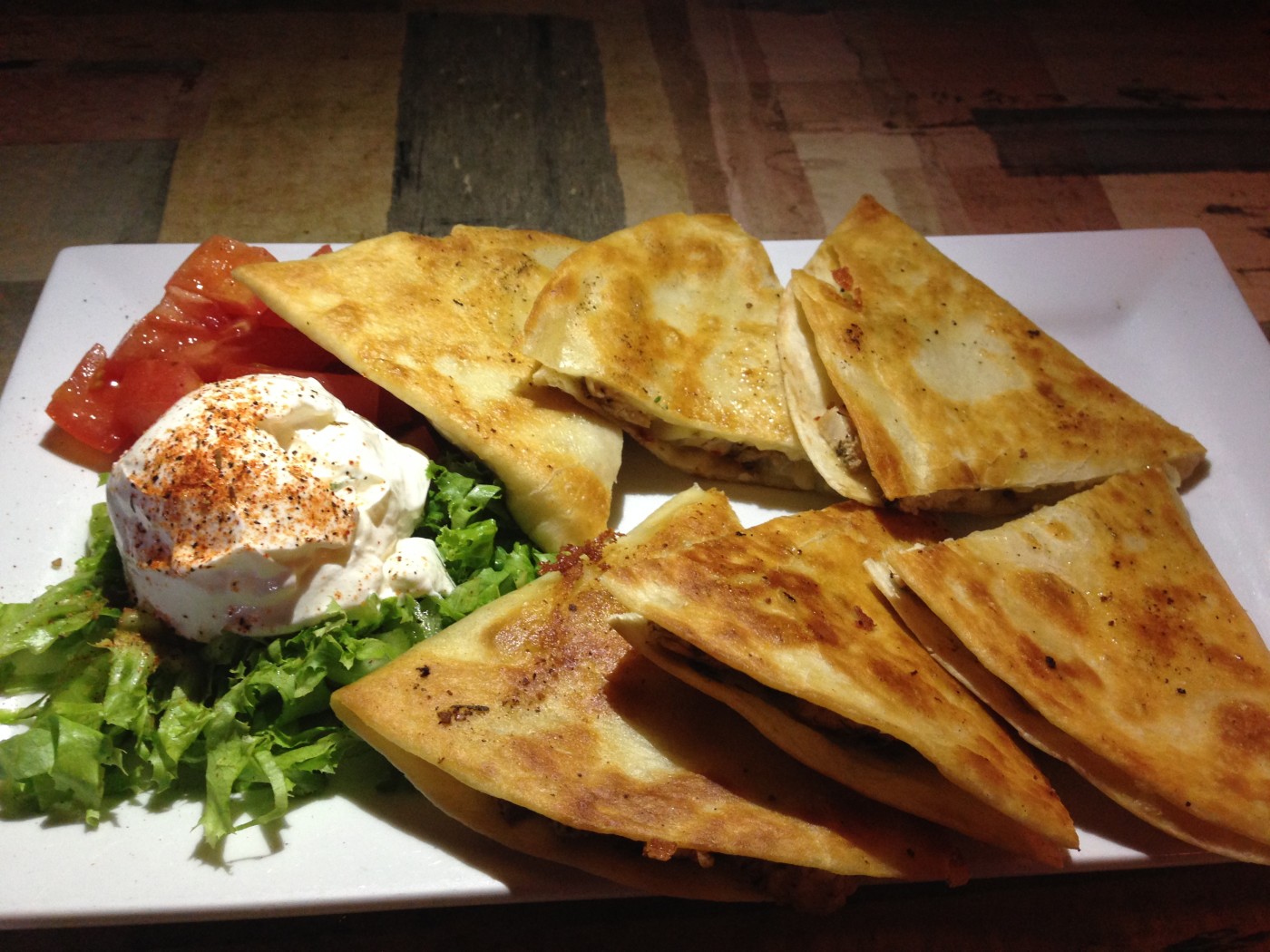 We also decided we had to try the London Broil sandwich, after reading rave reviews. Definitely add the onions, mushrooms and peppers on the London Broil- otherwise you’re doing it wrong. Because it comes coated with a melty Swiss cheese and you want all the substance you can get. Also, get the Cajun fries. 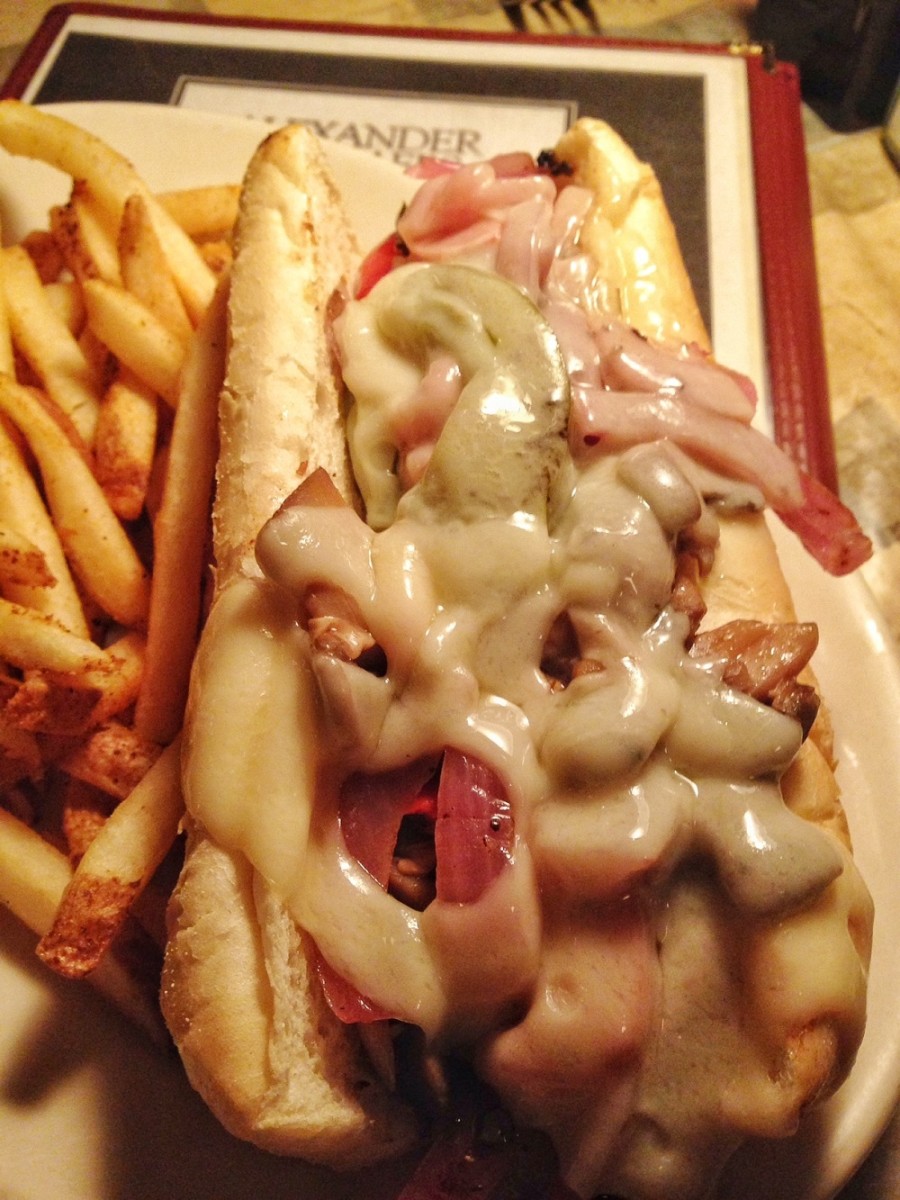 Oh, and watch out for the pole in the ladies bathroom!