Happy Friday friends! I’m currently in Rhode Island. We’re heading to Block Island, a little island off the coast, later this afternoon to join the rest of my family. We’re all planning on competing in a 15K race tomorrow!

I’m proud of myself for getting this Friday Favorites up two weeks in a row. It was a busy week, a little all over the place. Here are some of the highlights and some favorite reads at the bottom.

I went for a fun little run in the mud this week. The greenway had mud pits everywhere that were tough to avoid. After my first splatter, I said the heck with it and just ran through the puddles rather than around them. I felt like a little kid enjoying the excitement of mud puddles. 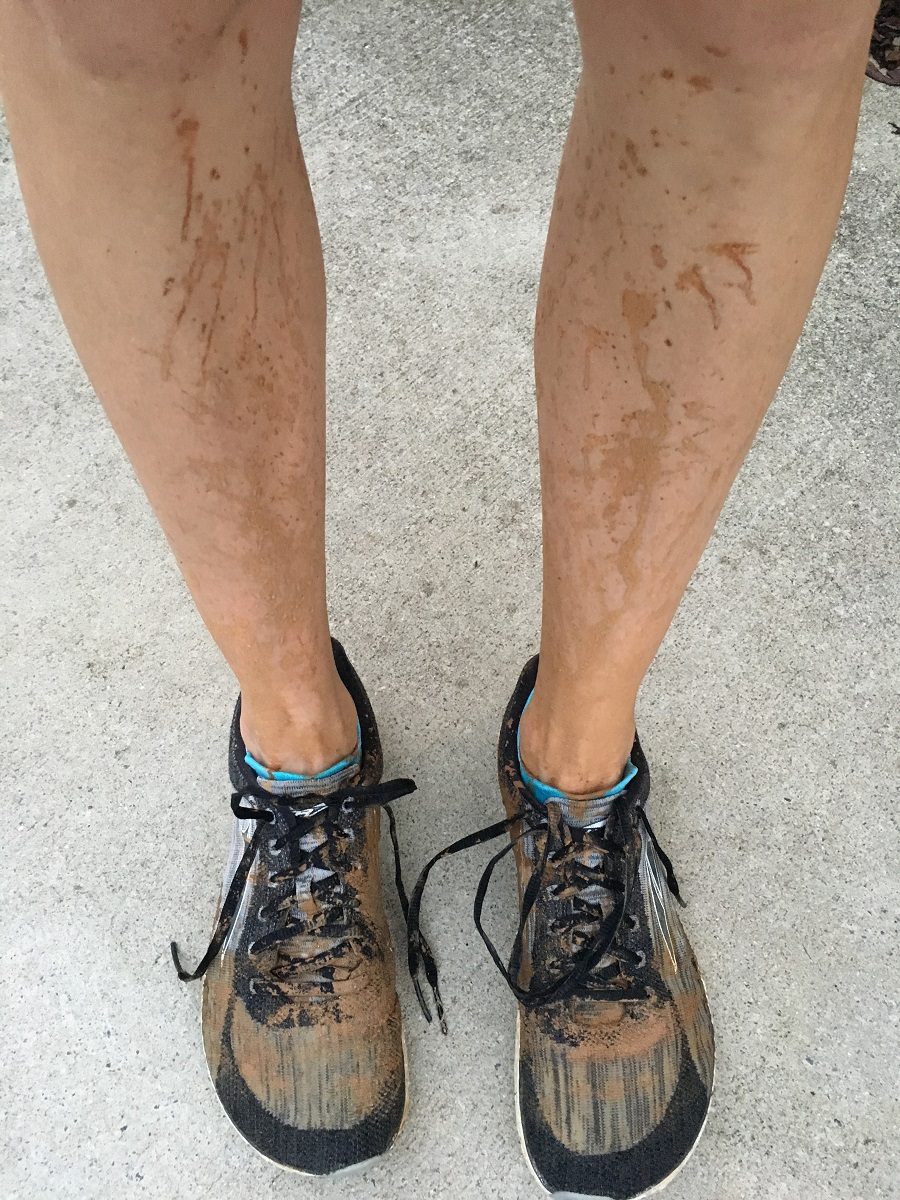 I think I’m going to do a whole separate post on this because it was so amazing. We basically did a Chopped cooking competition with our friends – women against men. The ingredients we had to use were pork chops, asparagus and basmati rice for the entree, and rice krispies and whipped cream for the dessert. Each team had to make 4 of each, for each person to try and vote on. Here’s what the women (winners) came up with: 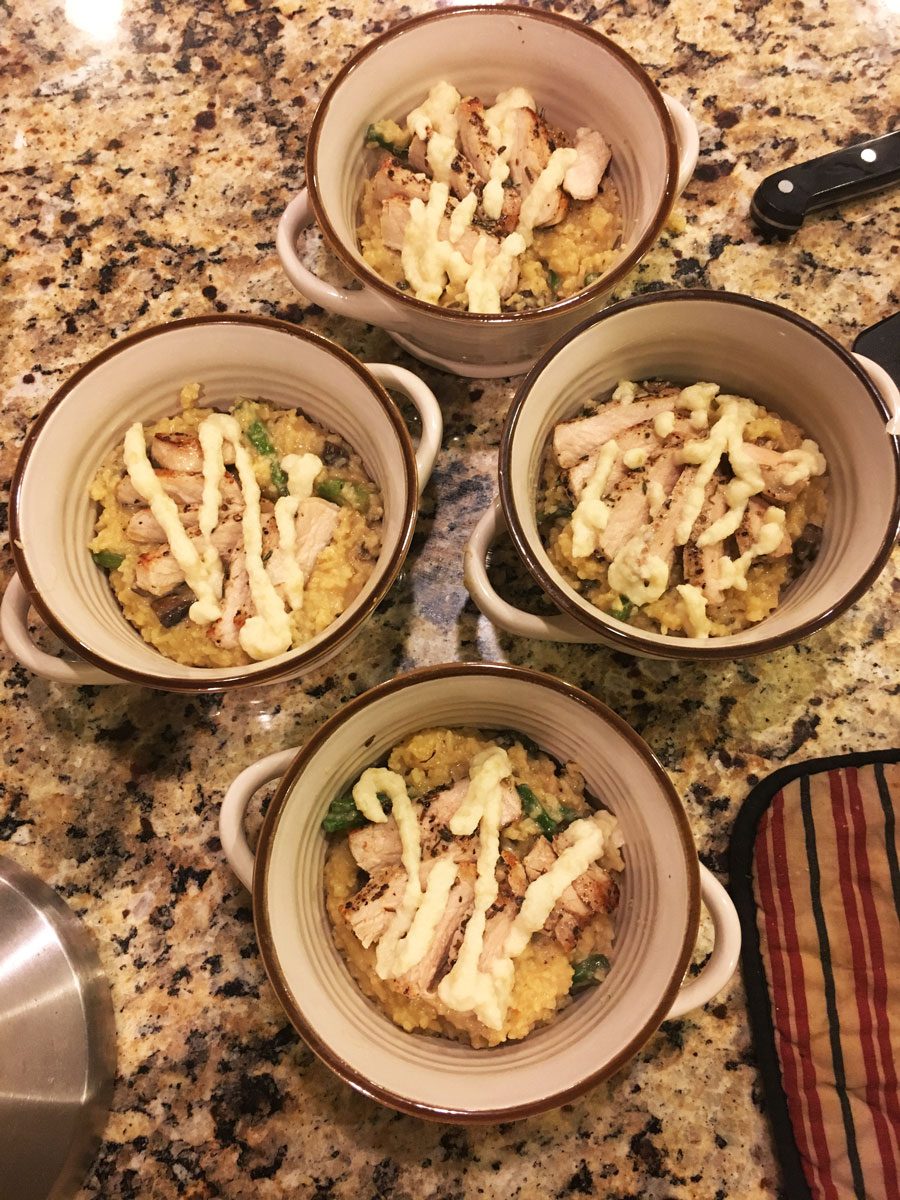 And for dessert, bourbon apple crisp (made with oatmeal and rice krispies) topped with whipped cream. 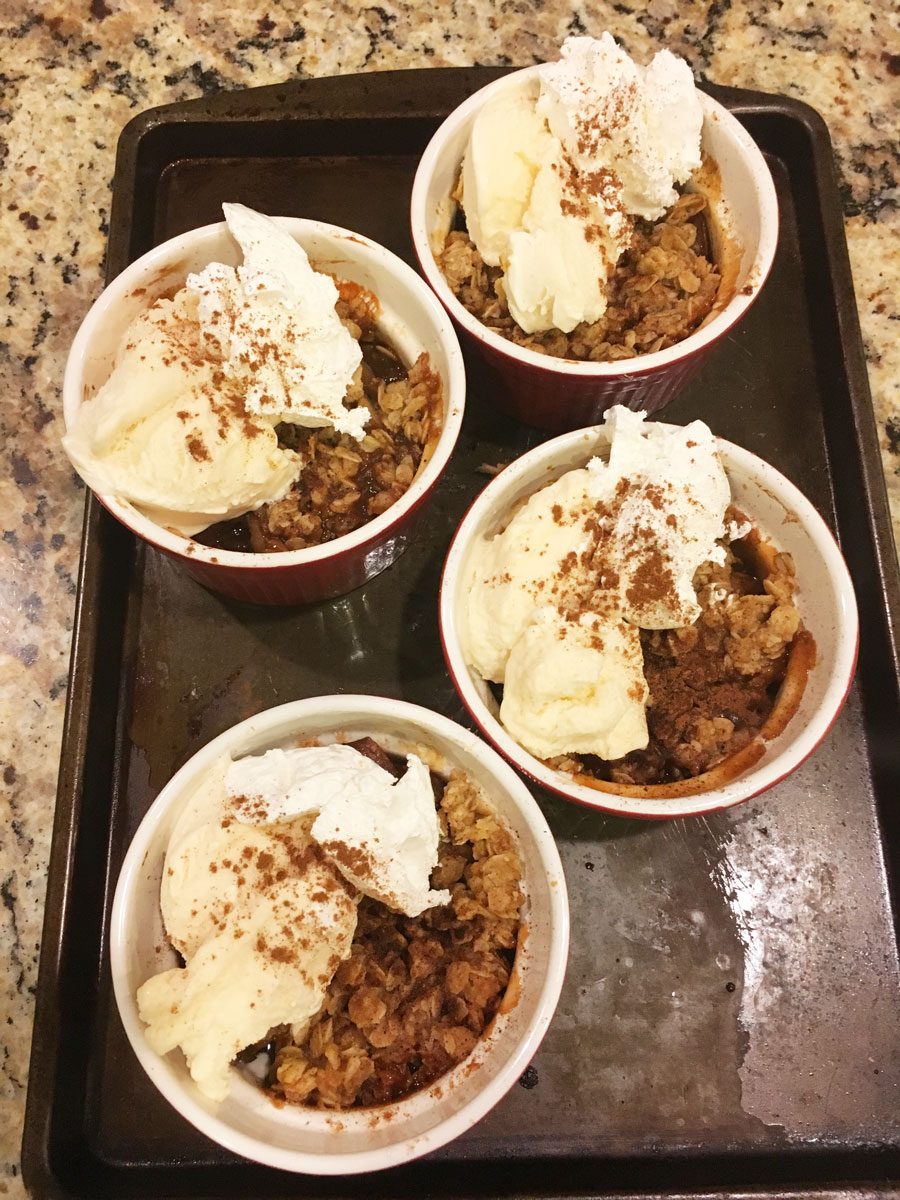 Last Sunday, we planned a super fun day trip from Charlotte. We left around 9am with some friends, and headed to a small hiking trail near Hendersonville, NC (about two hours from Charlotte). 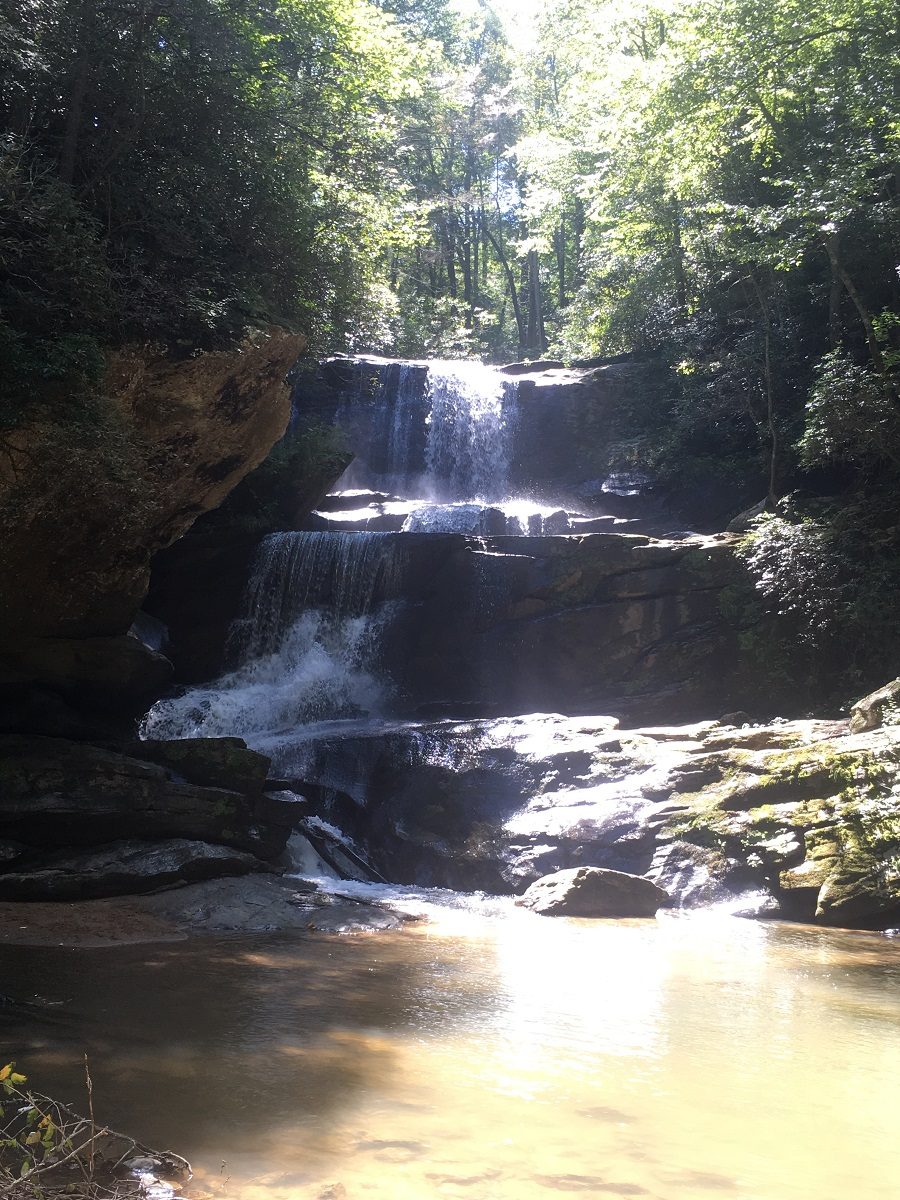 After the hike, we went to Stepp’s Orchards for some apple picking and apple cider donuts. 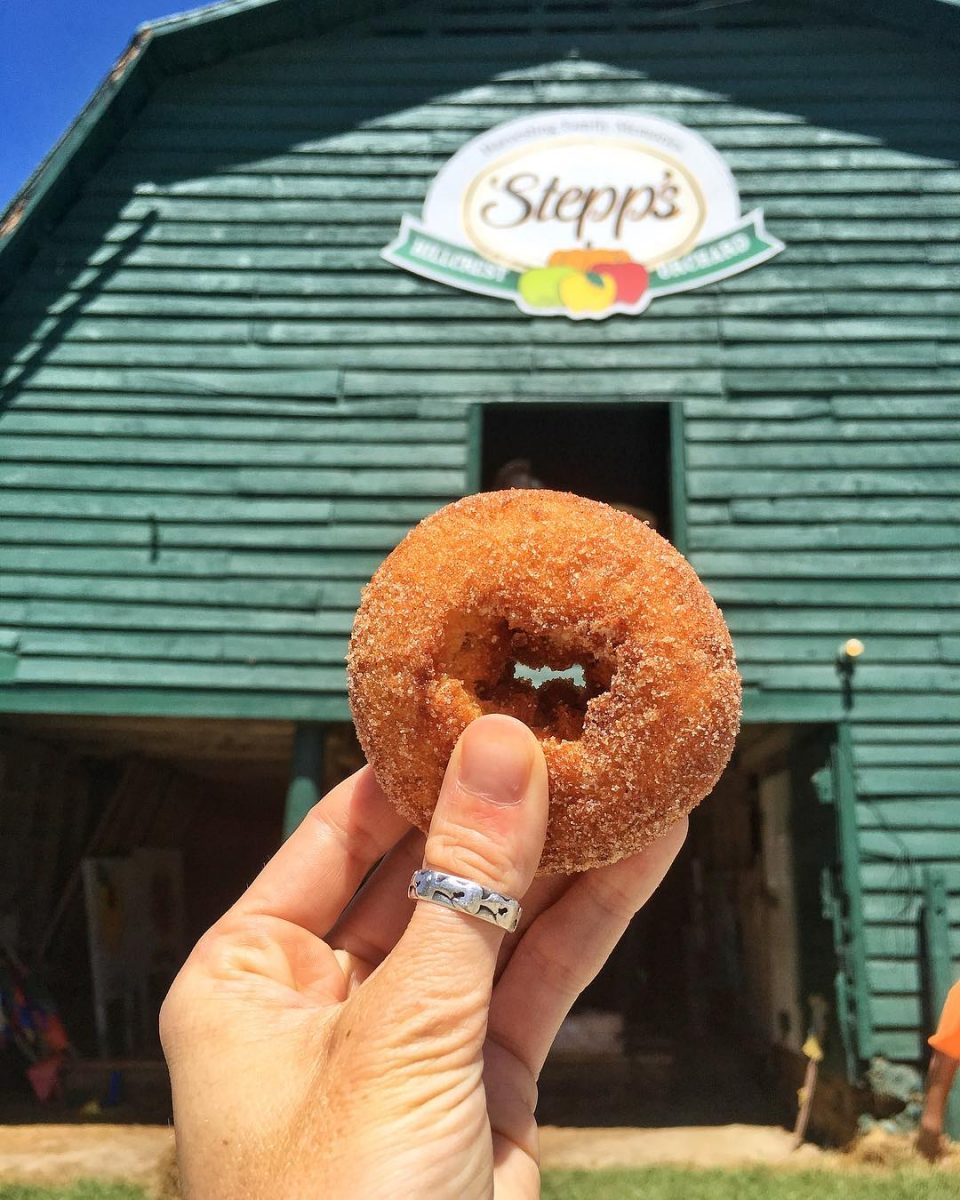 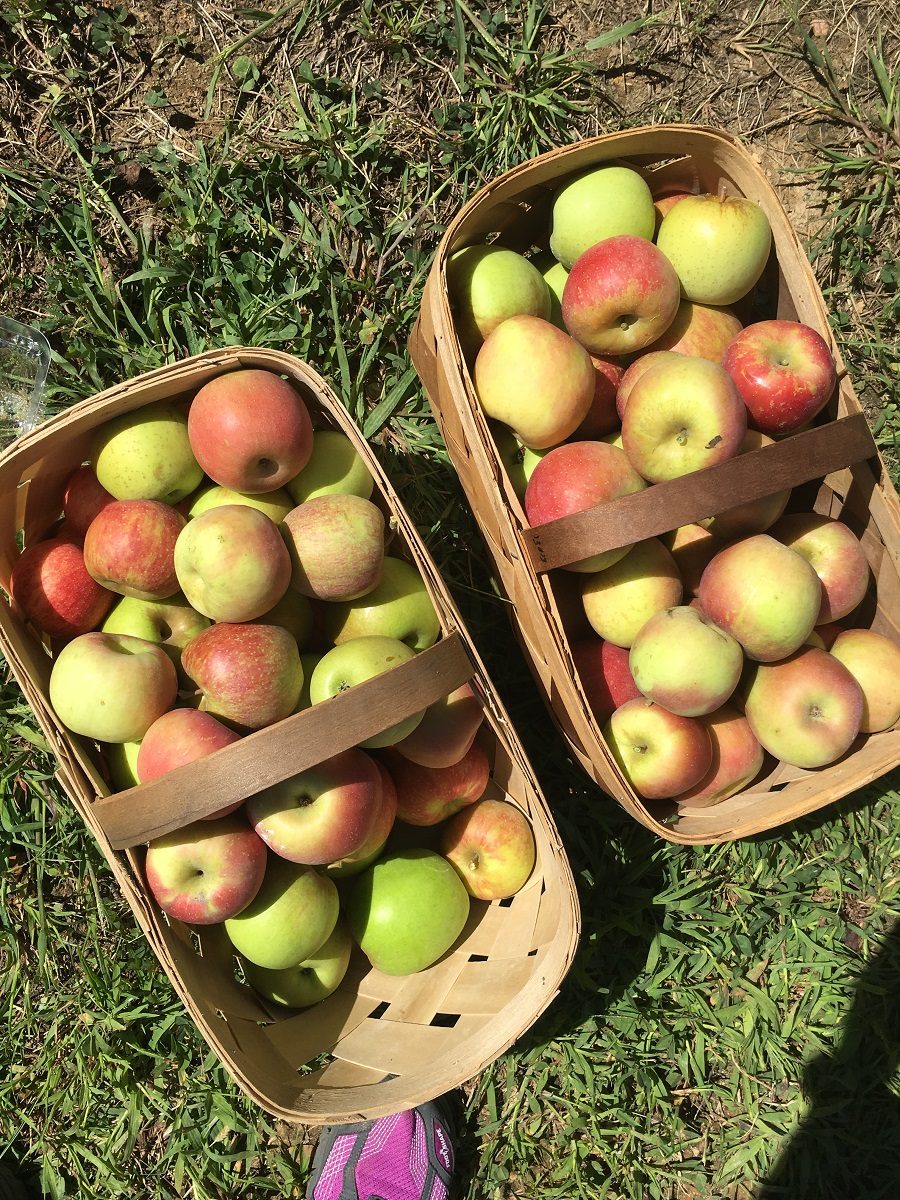 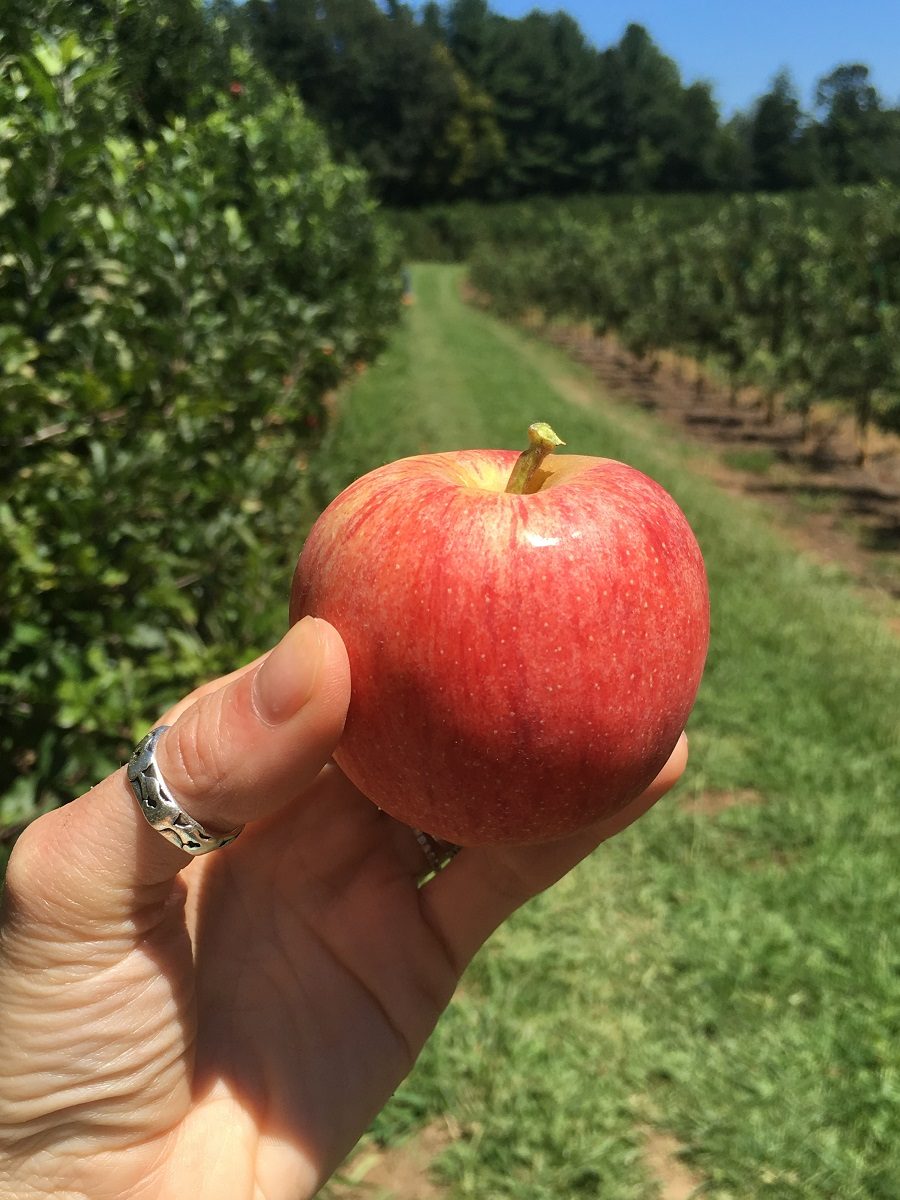 We picked galas, earli fuji’s, janagolds and mutsu’s. I am loving the variety of sweet, crunchy and a little sour. I’ve been eating 1-2 a day, but I’m starting to collect allll the apple recipes to make. 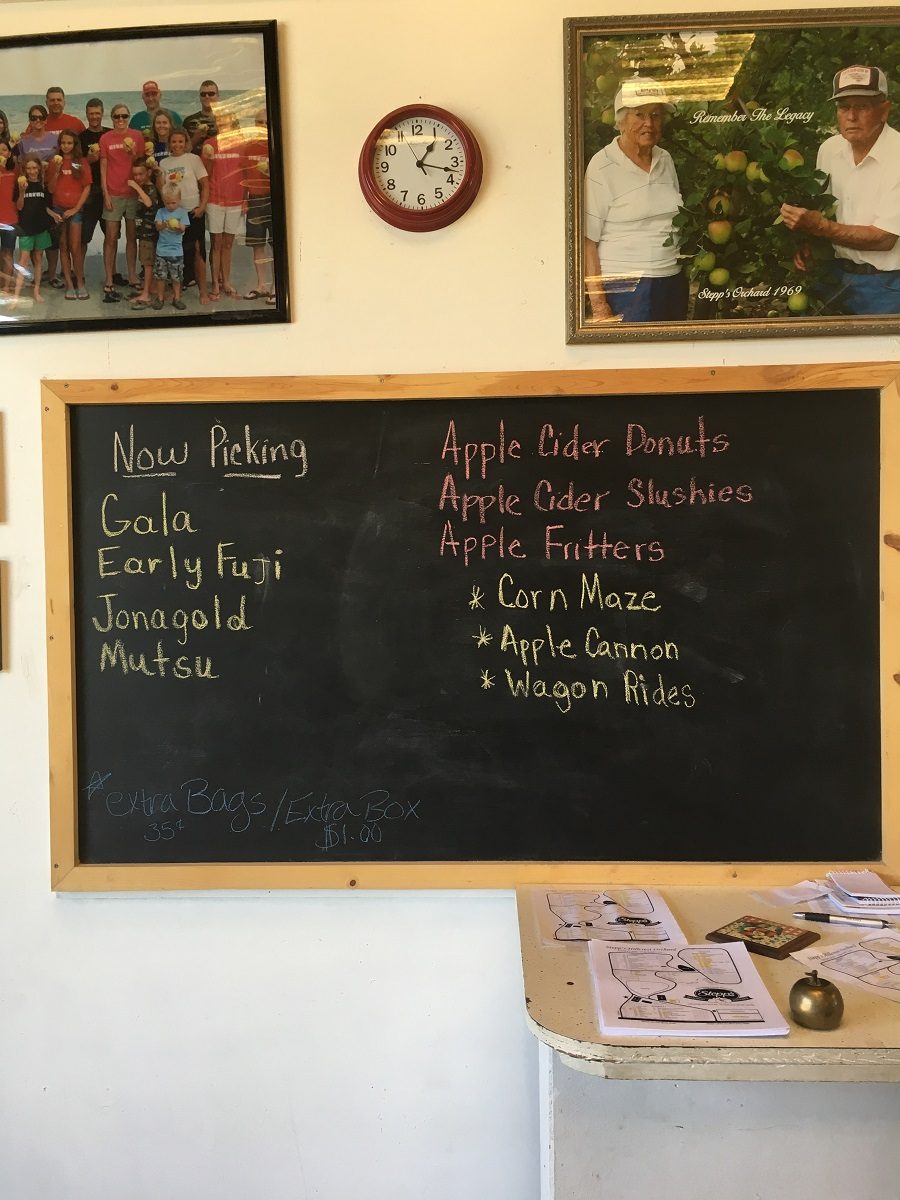 Then, we stopped at Sierra Nevada Brewery for a late lunch before heading home. Sierra Nevada is like disney world for adults. It’s huge. You can do beer tours, sit on the back patio, and they have a fabulous menu. The estimated wait was over 2 hours, so we put our name in expecting to wait, but spotted a table for four in the seat yourself area, so we got seated right away. Love when that happens!

We started with duck fat fries, which were oh-my-god amazing, you guys. If you ever have the chance….so much flavor. 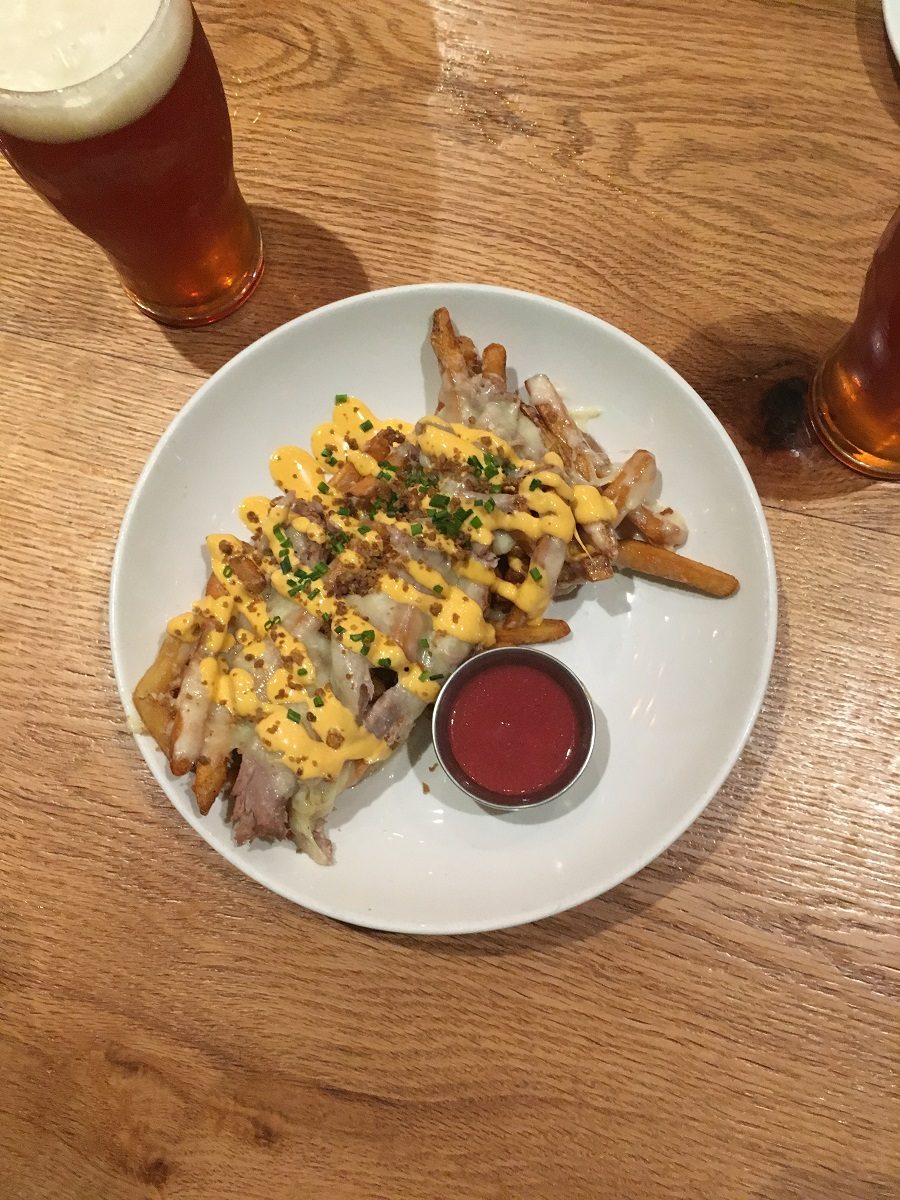 Then, Ed and I split the lamb BLT and the grass fed burger. Ya’ll know I love my burgers, and this was one of the better ones I’ve had. 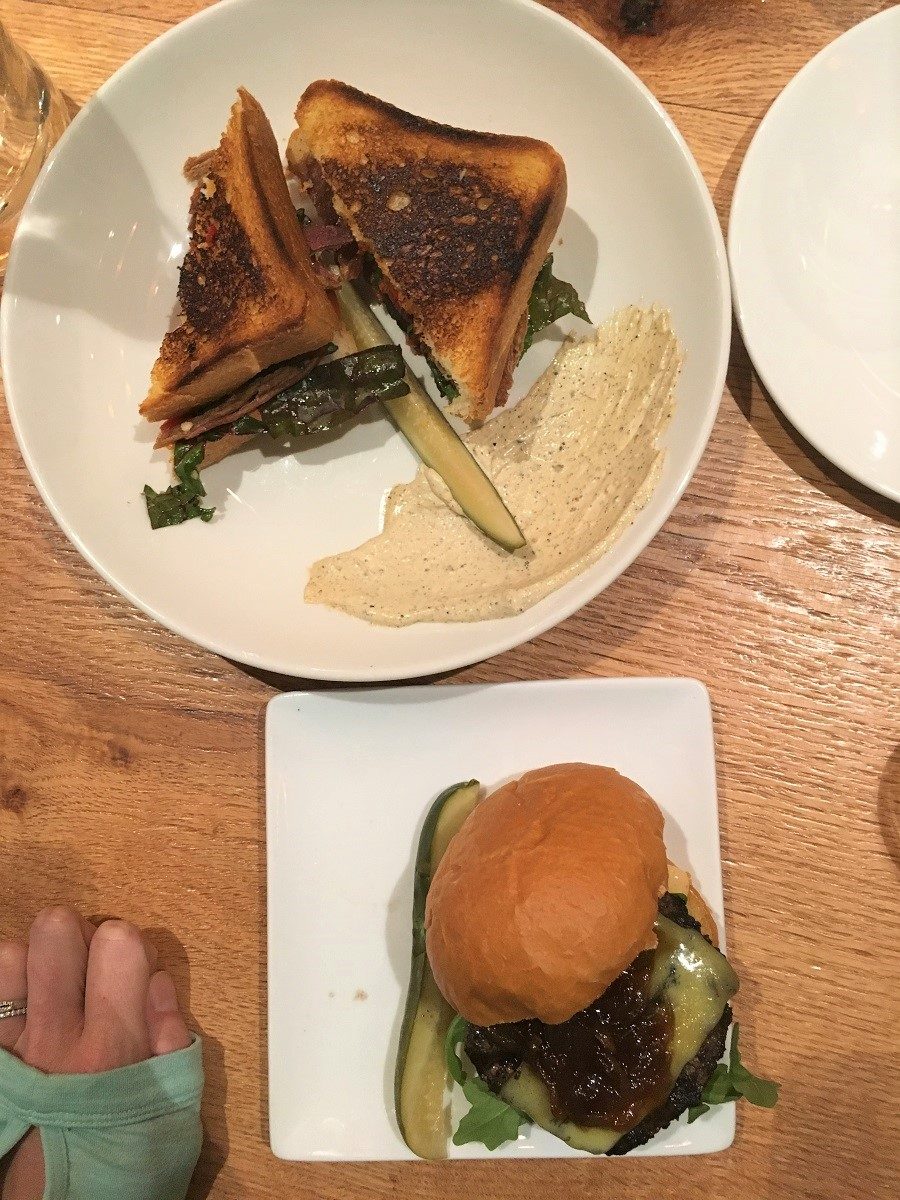 On Tuesday night, I was invited to Chef Alyssa’s kitchen for a sneak peak of the cooking demonstrations she’ll be doing this weekend at the Home Show. She does cooking classes on a regular basis in the Charlotte area, and sadly, I haven’t been able to attend one yet. After tasting everything on Tuesday, though, I’m signing up soon! We had a make your own quinoa bowl (I added peppers, cucumbers, beets, figs, and rosemary olive oil and strawberry balsamic vinaigrette dressing), lamb burgers with lemon yogurt and tomato jam, and crepes with ricotta cheese and tomatoes. 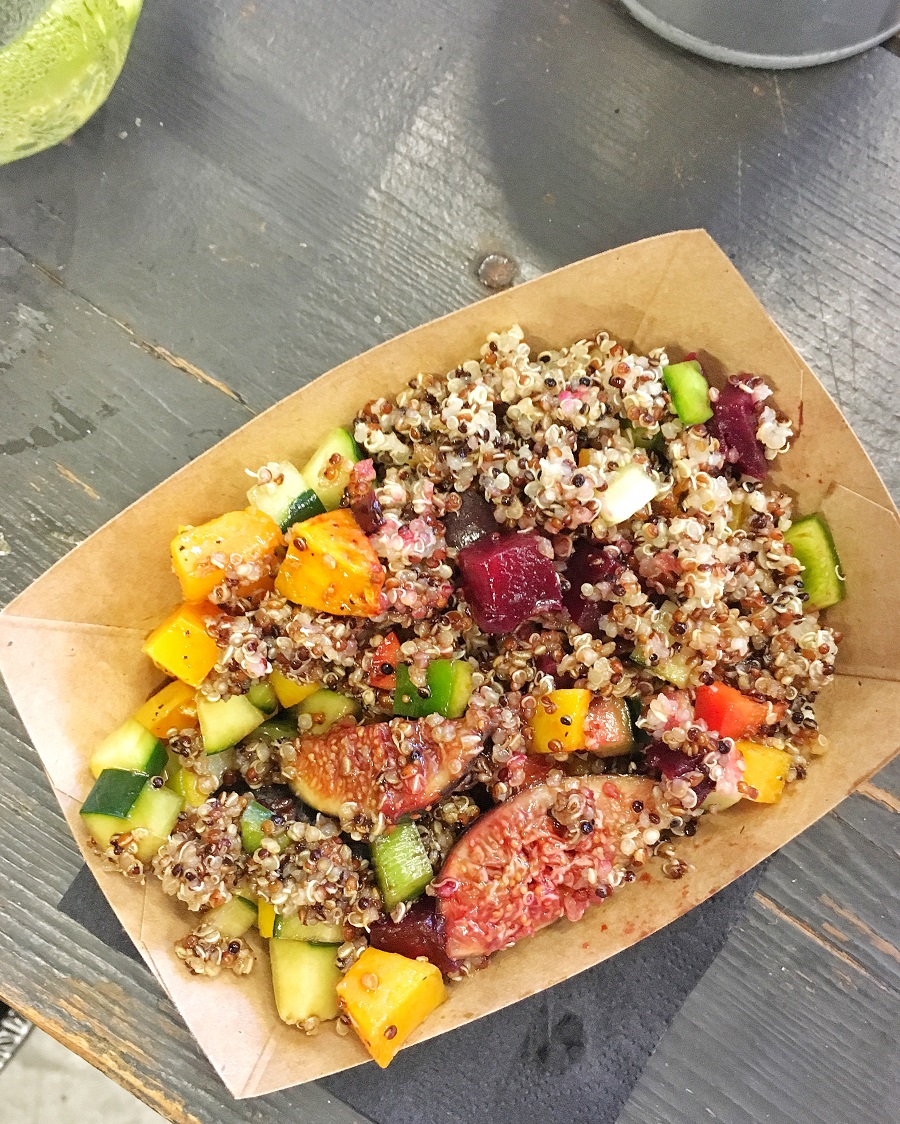 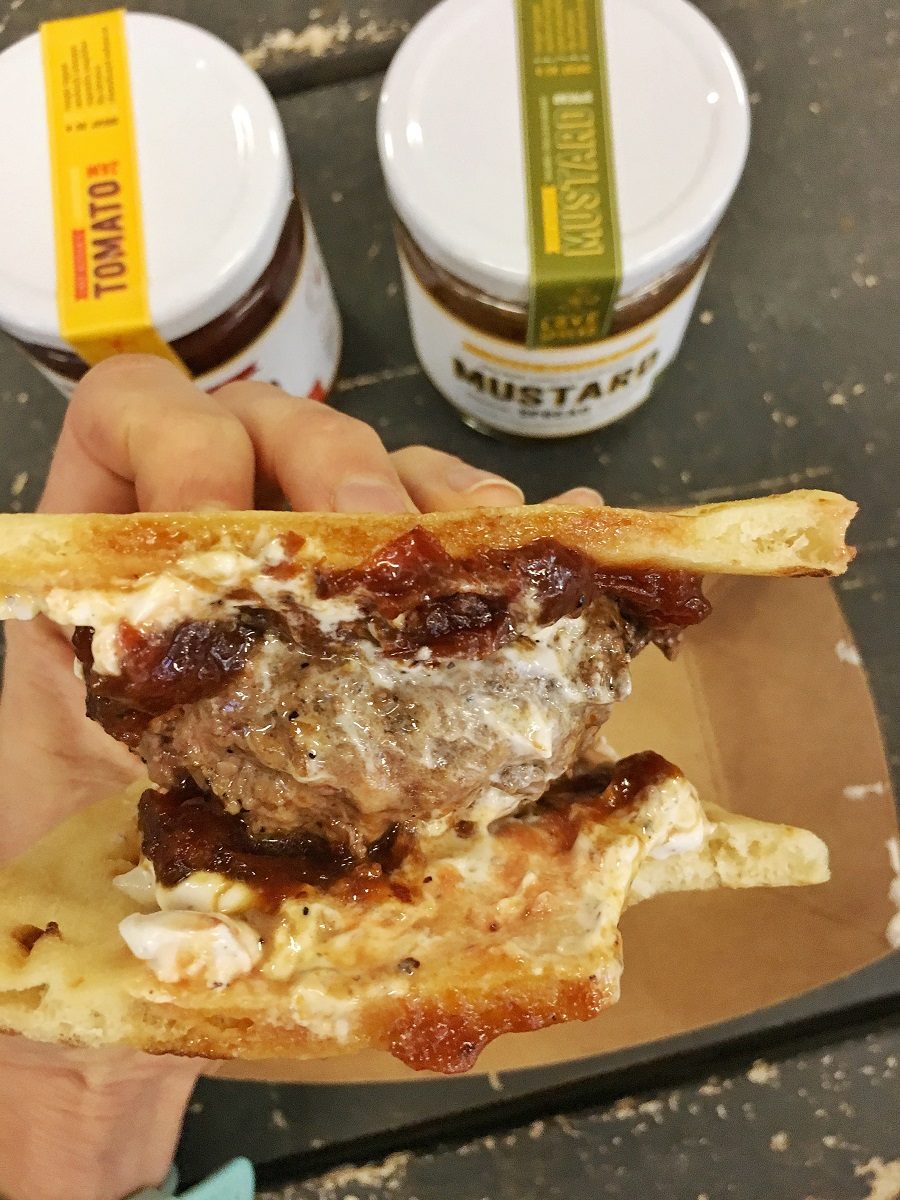 For dessert, we finished with with sweet potato funnel cake (we actually fried it ourselves), topped with cinnamon brown sugar and candied bacon. It was out of this world good. 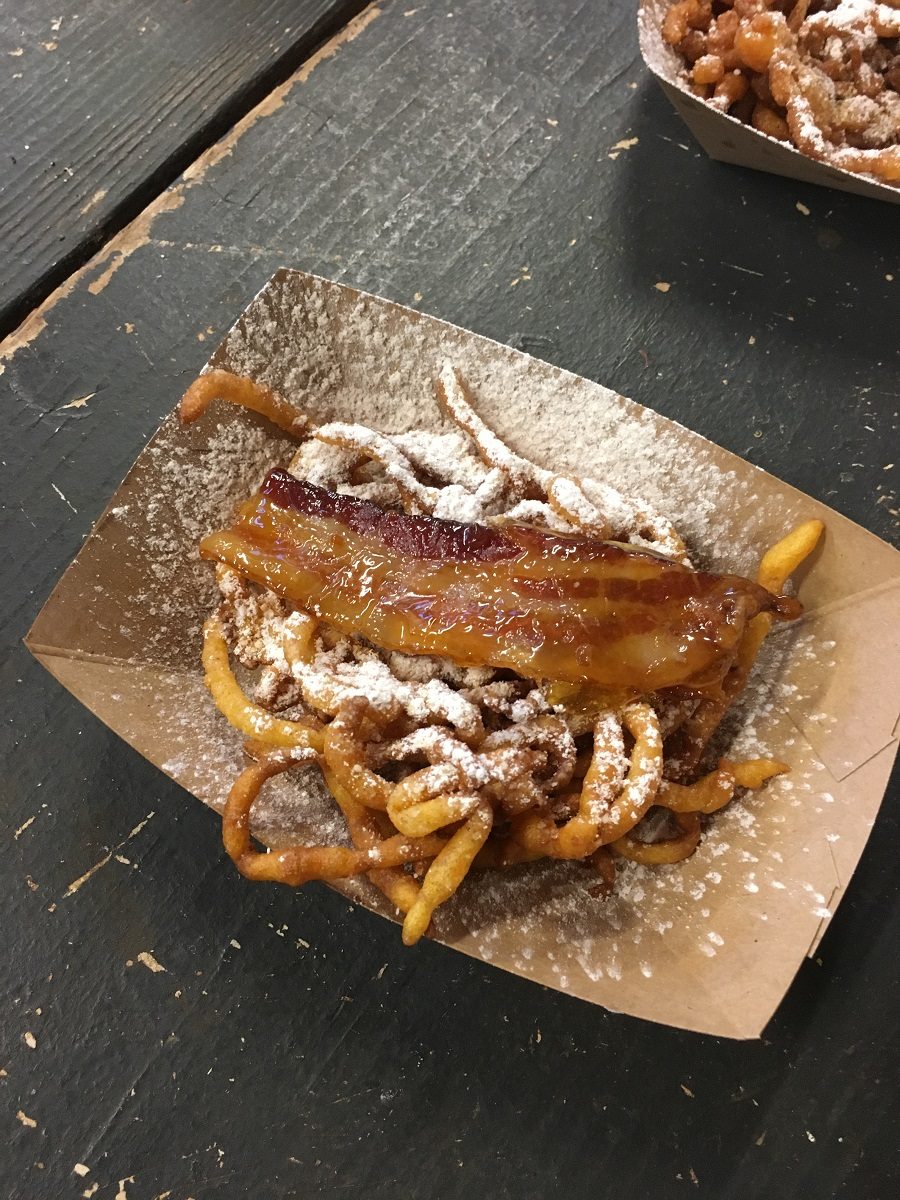 Does cooking boost or reduce certain nutrients via NY Times –> I shared this on my facebook page earlier this week. Alot of clients ask me if cooking increases or decreases nutrient content. It really depends on the nutrient. Vitamin C, for example, is water soluble and susceptible to oxidation through heat and light. So, cooking will reduce the Vitamin C in foods like spinach and tomatoes. On the other hand, cooking can activate certain enzymes and increase things like antioxidants.

What Does Putting Weight Loss on the Backburner really mean? via Whats for Eats <– I love the literal analogy the author described here. Basically, weight can be on your radar (i.e. on the stove), but doesn’t have to be the forefront.

8 No Sugar Added Recipes for Runners via Women’s Running

Blender Pumpkin Muffins via Kiss in the Kitchen

What do you have planned for the weekend? Everyone please be safe! With Harvey and now Irma, please be extra careful.

Have you ever done a race with your whole family?