It’s been quite the week. With the rehearsal dinner and wedding last weekend, to leaving Sunday for FNCE and returning late Tuesday night, I’m wiped. It took a few days to get back into the swing of things and all I wanted to do was spend some time with Camryn and catch up.

FNCE was great, and I didn’t even experience the full event. The full conference went Saturday through Tuesday morning. I arrived Sunday night just in time for the SCAN event (Sports, Cardiovascular and Wellness Nutrition subgroup) and left Tuesday morning. The SCAN event was held at the International Spy Museum. I met up with some friends and enjoyed the smaller event. 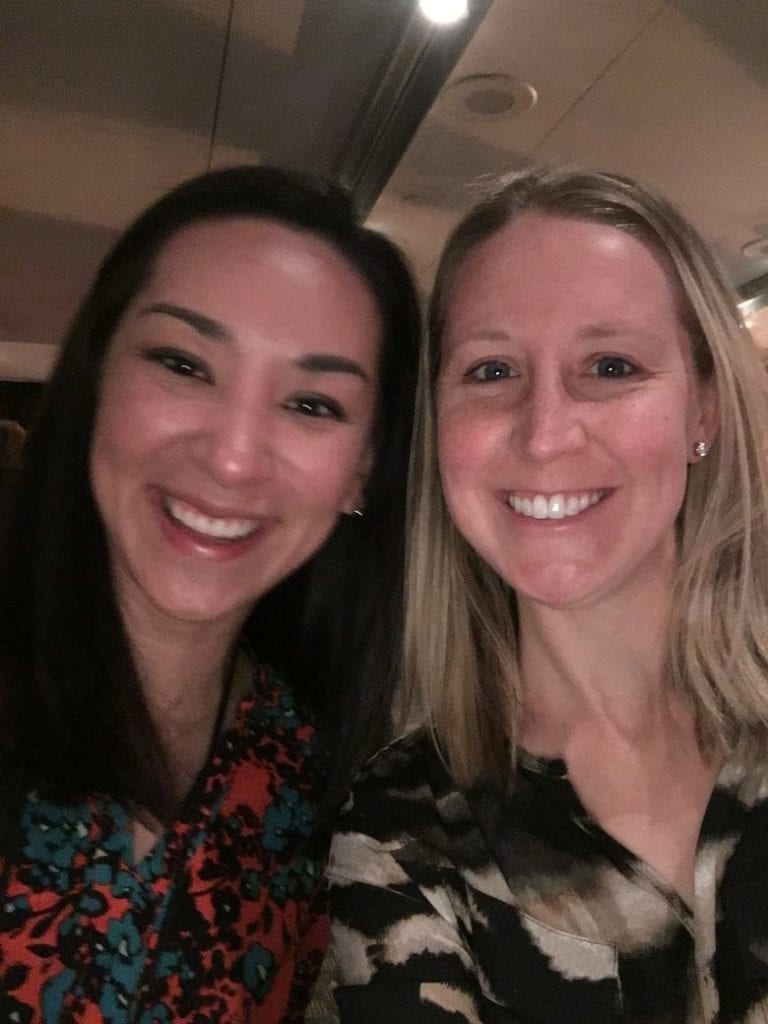 They also had someone there who analyzed your personality by your handwriting, which was alot of fun. Based on your handwriting, she would tell you whether you’re introverted/extroverted, type A, emotional, etc. It was really interesting to read about!

Monday started early. I thought about going to one of the sponsored exercise sessions (there was a yoga and a barre class) but I just couldn’t get up early enough – the classes started at 6. I know I needed a little more rest. So, I slept until 6:45 and opted for a little run around the convention center area instead. I popped in for coffee at La Colombe after. I wanted the draft latte (since I’ve heard so many great things), but they were out so I settled for an iced latte with oat milk. 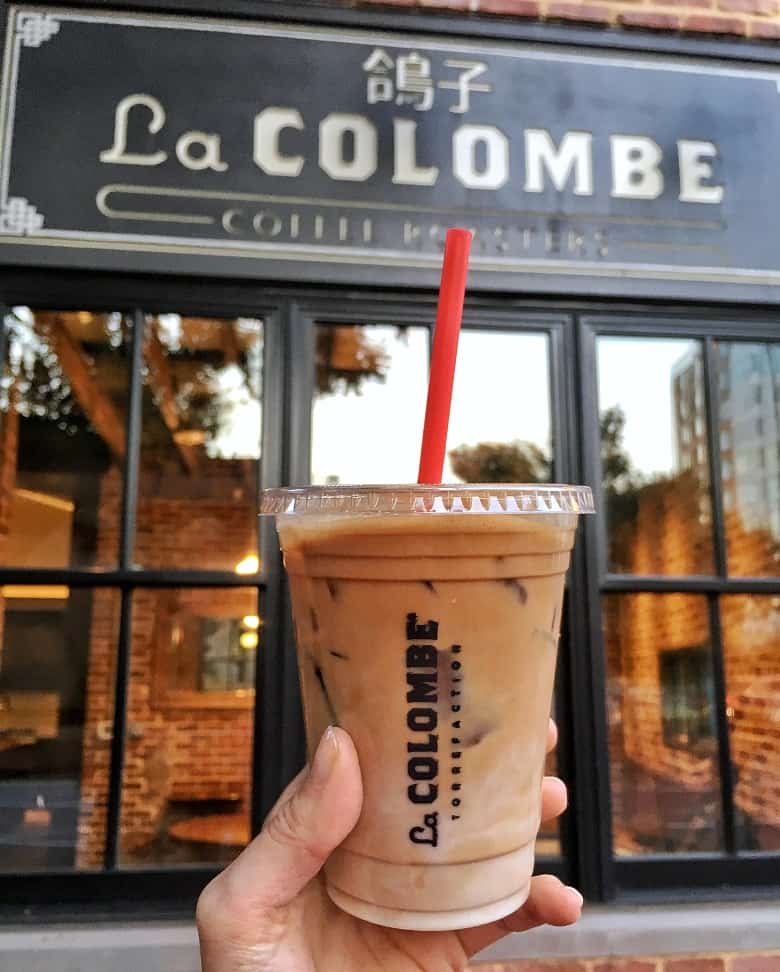 After getting dressed, I walked over to the convention center for FNCE. They had a mother’s room which made things MUCH easier for pumping every few hours. They even held and stored your milk and pump for you so less things to carry! 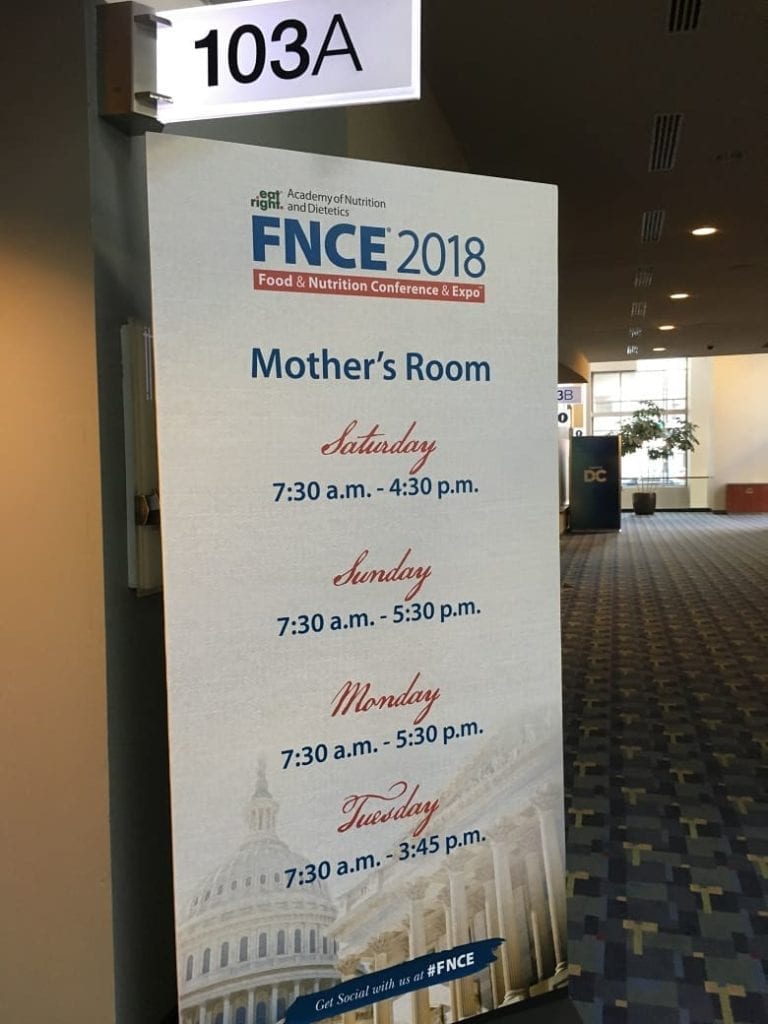 I spent a good amount of time on the expo floor, checking out some new products and talking to some brands I hope to work with in 2019. It’s just fun to try all the samples! I didn’t bring as many home this year as I did a few years ago but I still had run enjoying the new products.

I also waited in line for the cranberry bog because this was on the top of my to do list! It was such a neat experience – yay cranberries! 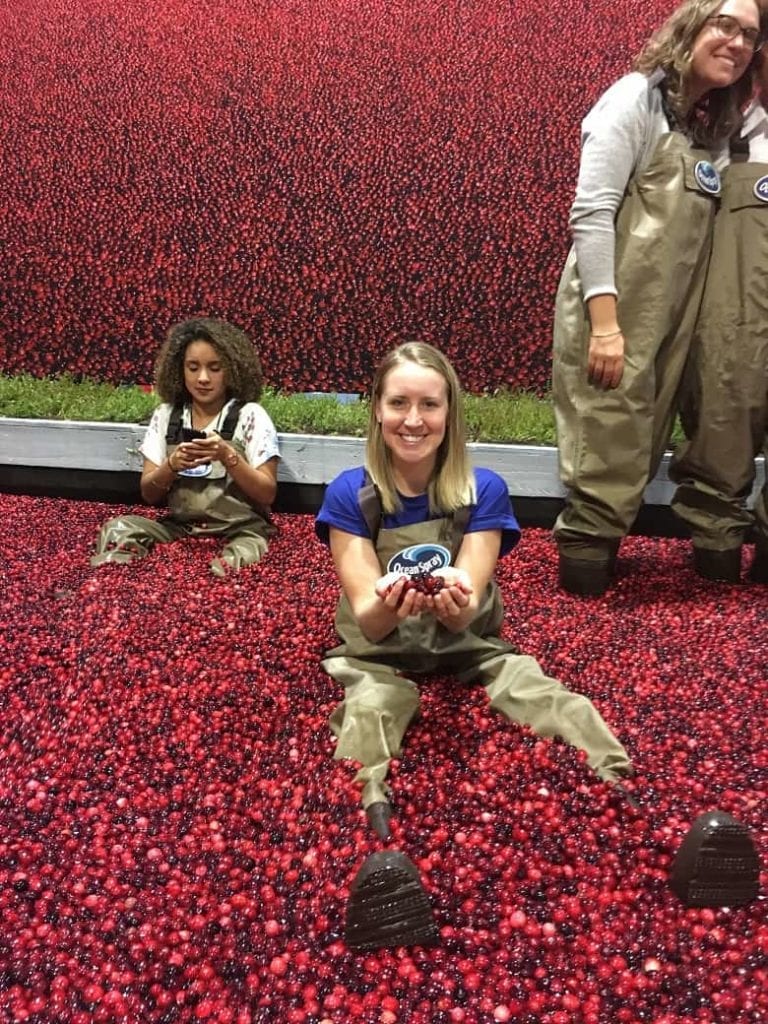 I made it to one session which was the main session I wanted to attend. It was a debate on Weight Management vs. The Health at Every Size Approach. Christy Harrison (the host of the “Food Psych” podcast) talked about HAES and she did awesome! 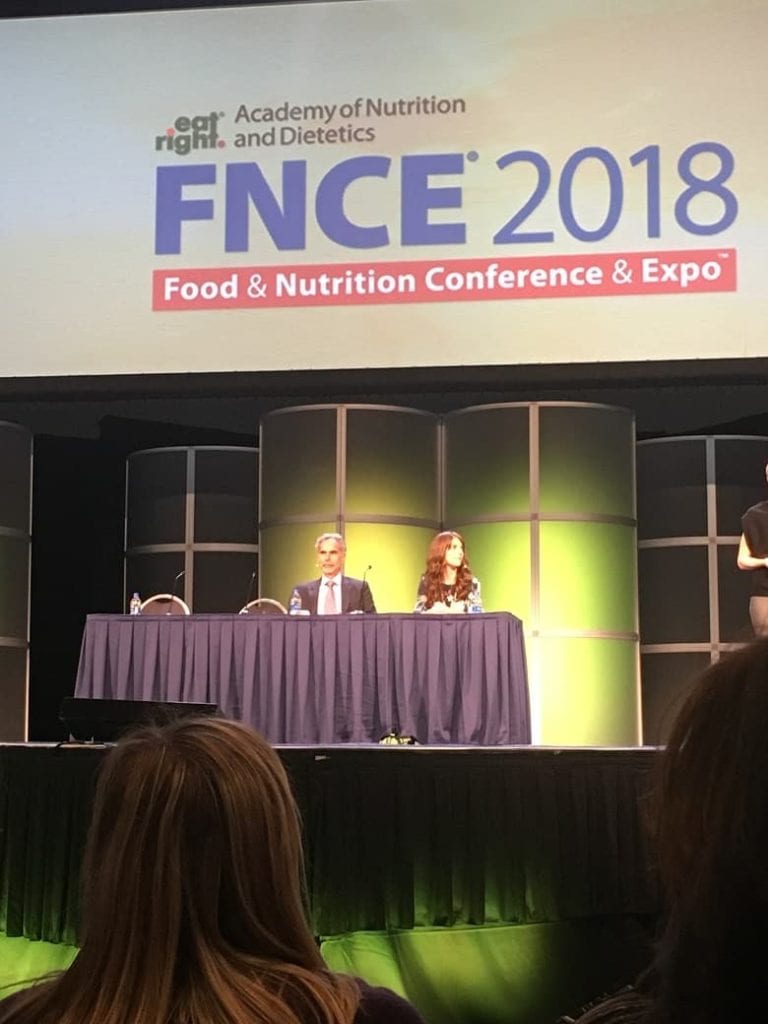 She cited the research and spent a lot of time talking about the detrimental effects of weight cycling and weight stigma. Basically, alot of research shows that there are physical, mental and emotional consequences that result from weight stigma that affect peoples’ health. And I think this is true, and many health practitioners either aren’t aware of this or sadly, don’t address it. It’s a huge barrier to medical care and I was so happy that Christy brought some awareness to these key issues. She also talked about the ethical implications of prescribing “weight loss,” based on the statistics that 97-98% of dieters regain the weight after a year. It’s important to note that many studies don’t follow up participants long enough, and the weight regain happens years later. And, the positive outcomes from a HAES approach! 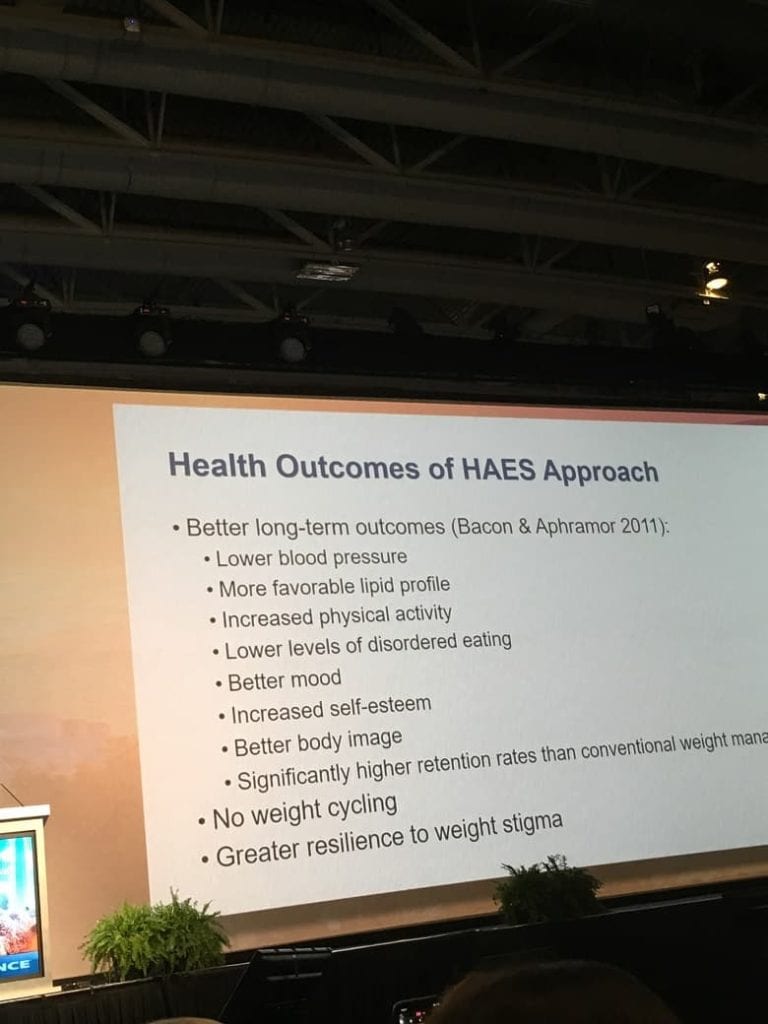 I went to a networking event that night and called it an early night. I explored DC a little bit more on Tuesday morning and eventually got home Tuesday night. It was a 6 hour drive but I hit some traffic, as expected. Here’s a yummy cardamom chocolate chip cookie from Shouk.

So, in last minute fashion (as usual), I decided to sign up for a half marathon….next weekend. It’s the half marathon, part of the Charlotte Marathon. I’m excited to run a race in my own city, since most of the time I use destination races as an excuse to travel. This is also my first race in well over a year, I think since the 15k in Block Island last September (when I was newly pregnant!).

I’ve been running about 3 days a week, which is probably the lowest amount of training I’ve done before a race. But, I feel okay about it. I’m not doing it looking to PR or anything, but moreso to test my fitness and do it for fun. I’ll make sure to report back after the race to share my thoughts about doing a race with only 3 days of training each week.

Have you ever signed up for a race without much training?

10 responses to “I’m Running a Half and FNCE Recap”