How did daylights savings go for everyone? I’ll tell you I’m still adjusting to losing an hour but I sure am excited to have an extra hour of sunlight after the workday. I’ll be dog sitting for some friends this week too, so I’ll have a new neighborhood to run around and explore!

What was the best part of your weekend? Mine was some much needed R+R. On Saturday, Ed and I enjoyed a nice lazy morning, filled with chai tea and pancakes, and Homeland – we are addicted. Sunday was a rainy day, so I did some morning yoga which made me feel like a million bucks! I was sweating like a pig and all of my muscles and joints felt so open. Despite last week’s post, “You might be a runner if...,” I actually didn’t run much at all last week due to some hip issues. I was all about long walks, yoga and cross training!

I think it’s important to take time off from running since it is such a high impact form of exercise on the body. My body is thanking me.

On Friday afternoon,we finally checked out Kid Cashew, which had been on the bucket list since it opened a few months ago. I was so glad to see Sara post about it right before going, because her pictures dictated our decision to try the mac n cheese. It was the perfect afternoon for a patio drink and some apps. 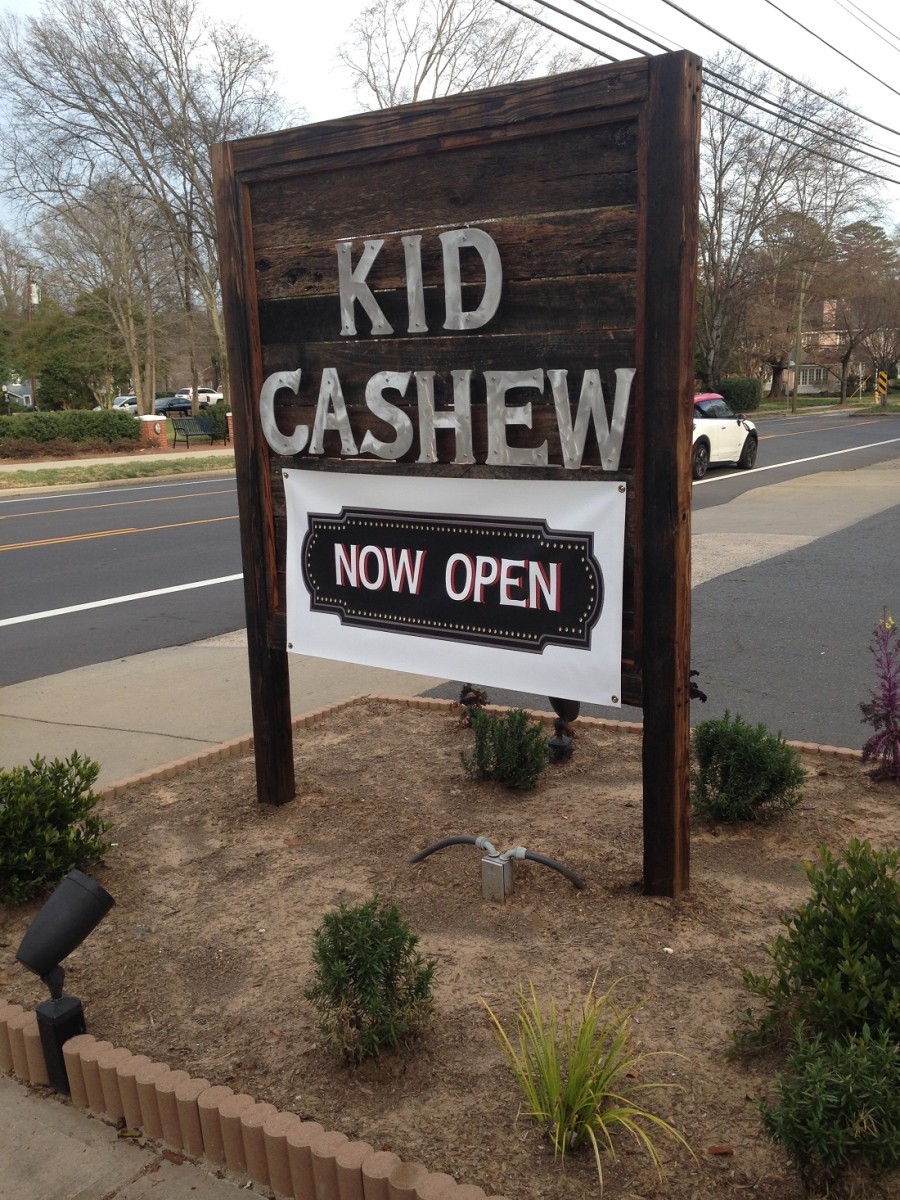 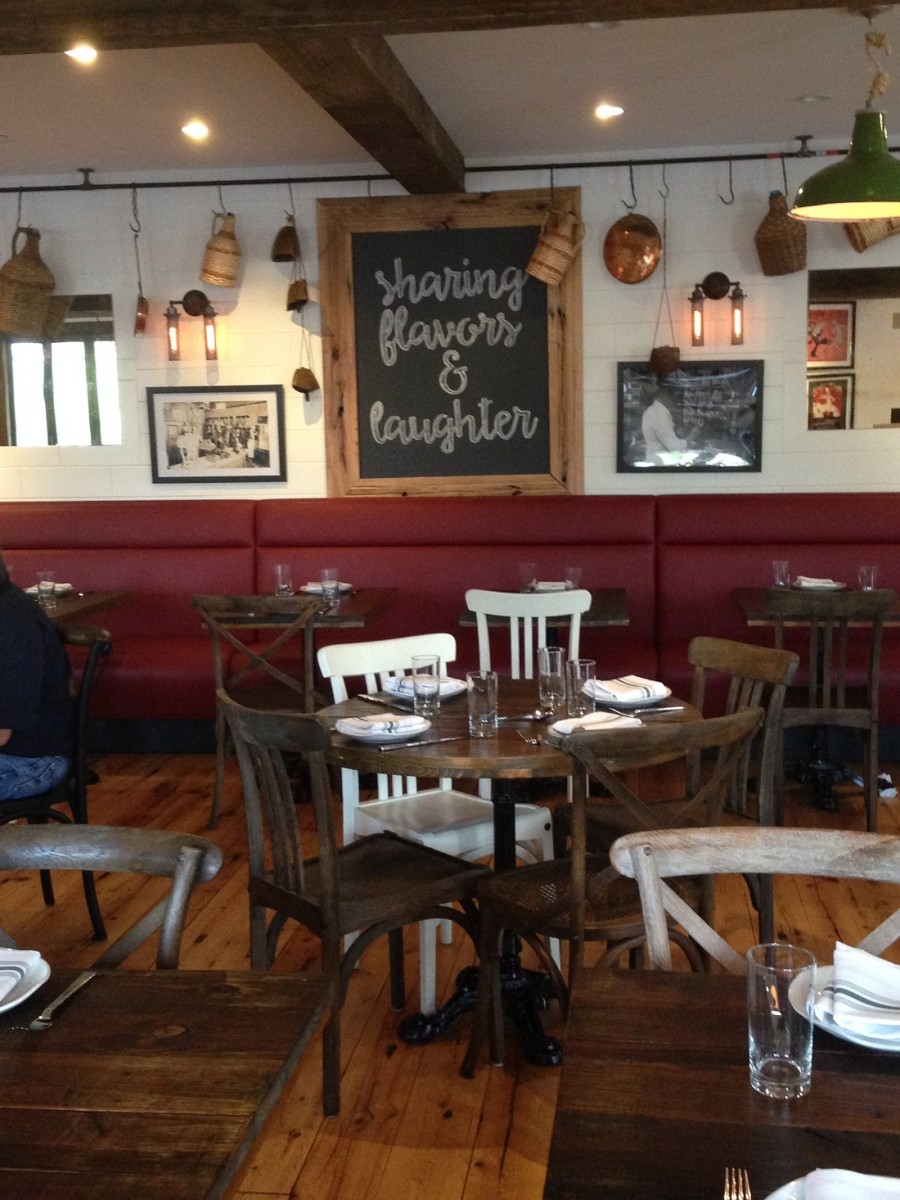 We split the beets, the mac n cheese (with FIVE different cheeses!), and some pita bread with eggplant dip. 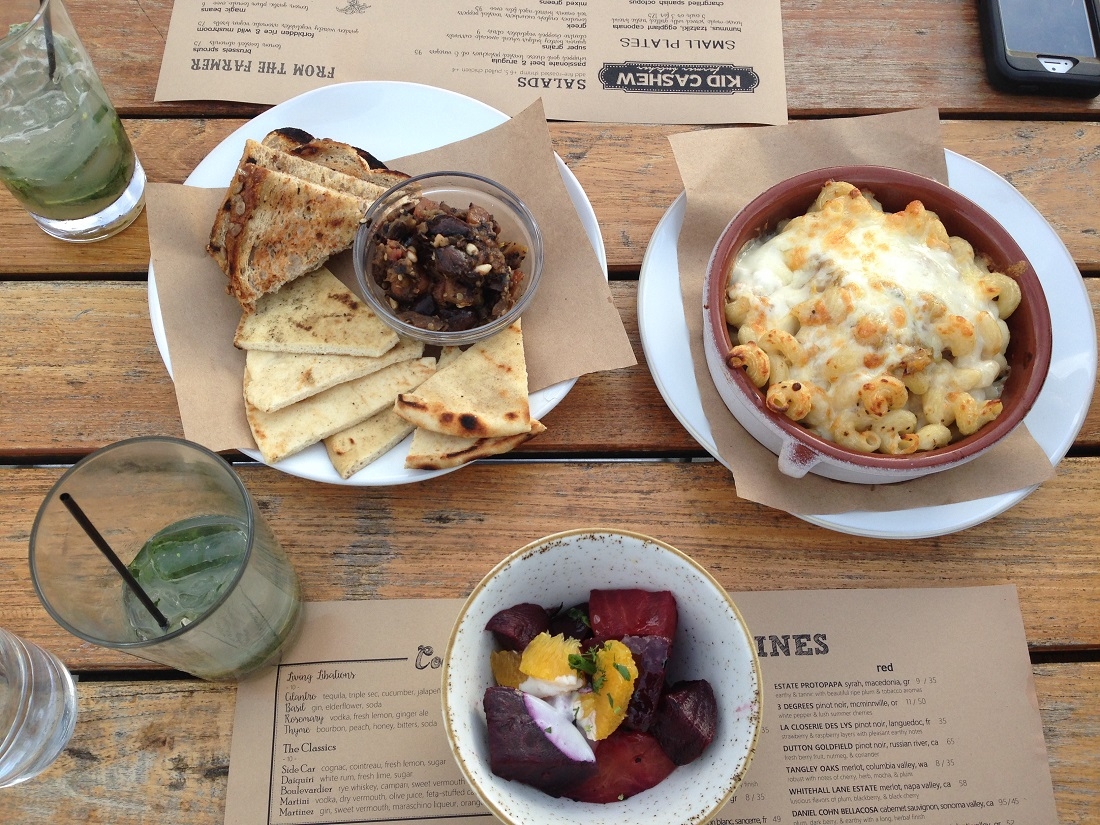 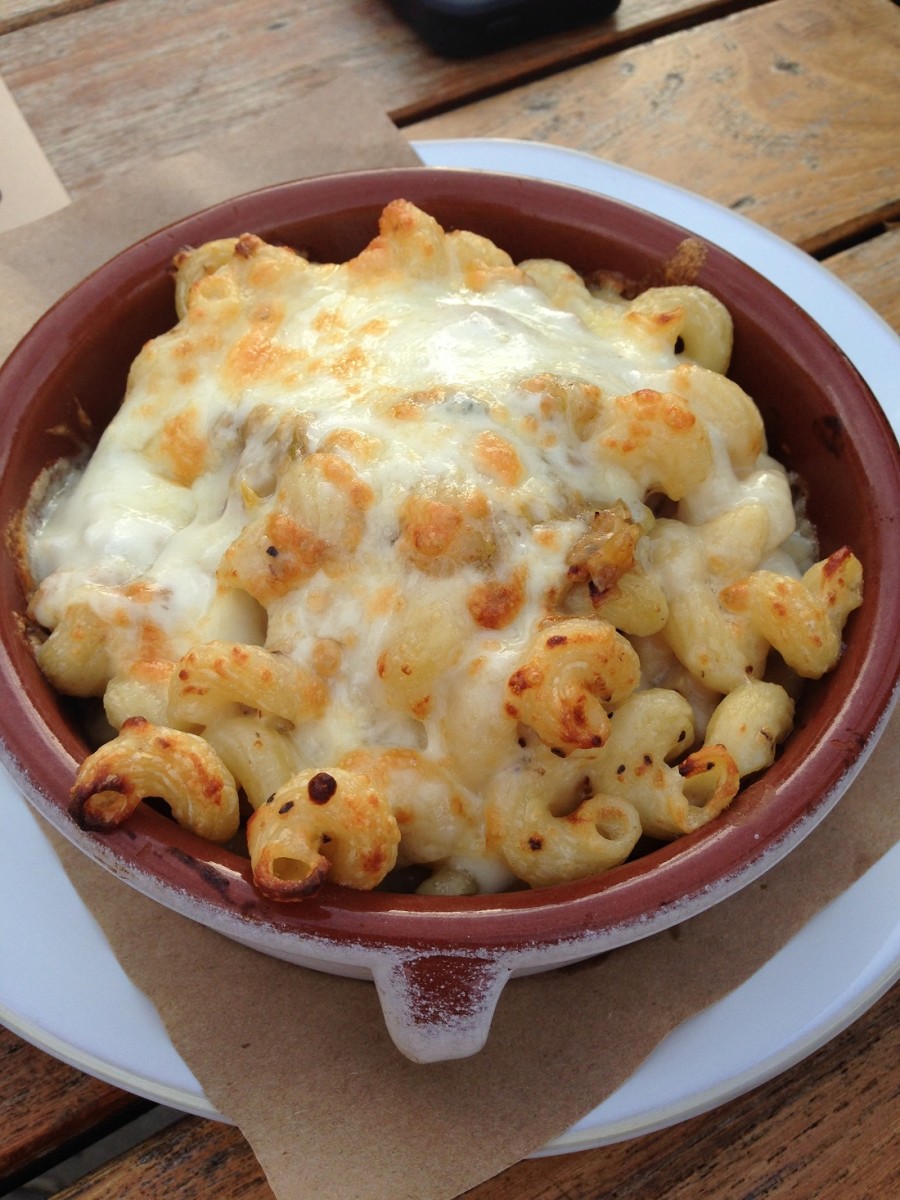 We also ordered the lamb burger, but it came out really undercooked 🙁  I actually don’t think Kid Cashew lived up to all the hype, but maybe we need to try different food next time. I still think they have some kinks to work out.

Anywho, I’ll be dog sitting for some friends later this week so I wanted to have some easy meal plan prepped and done so I can bring that over and have easy breakfasts, snacks and dinner for the time I’m there. And I’m not a HUGE meal prep person (I always do a little bit each day rather than devoting a large chunk on Sunday), but if you can set aside just a couple hours, look at all the things you can get done?!

For breakfasts on the go, I made Kath’s baked banana oatmeal and added bluebs. 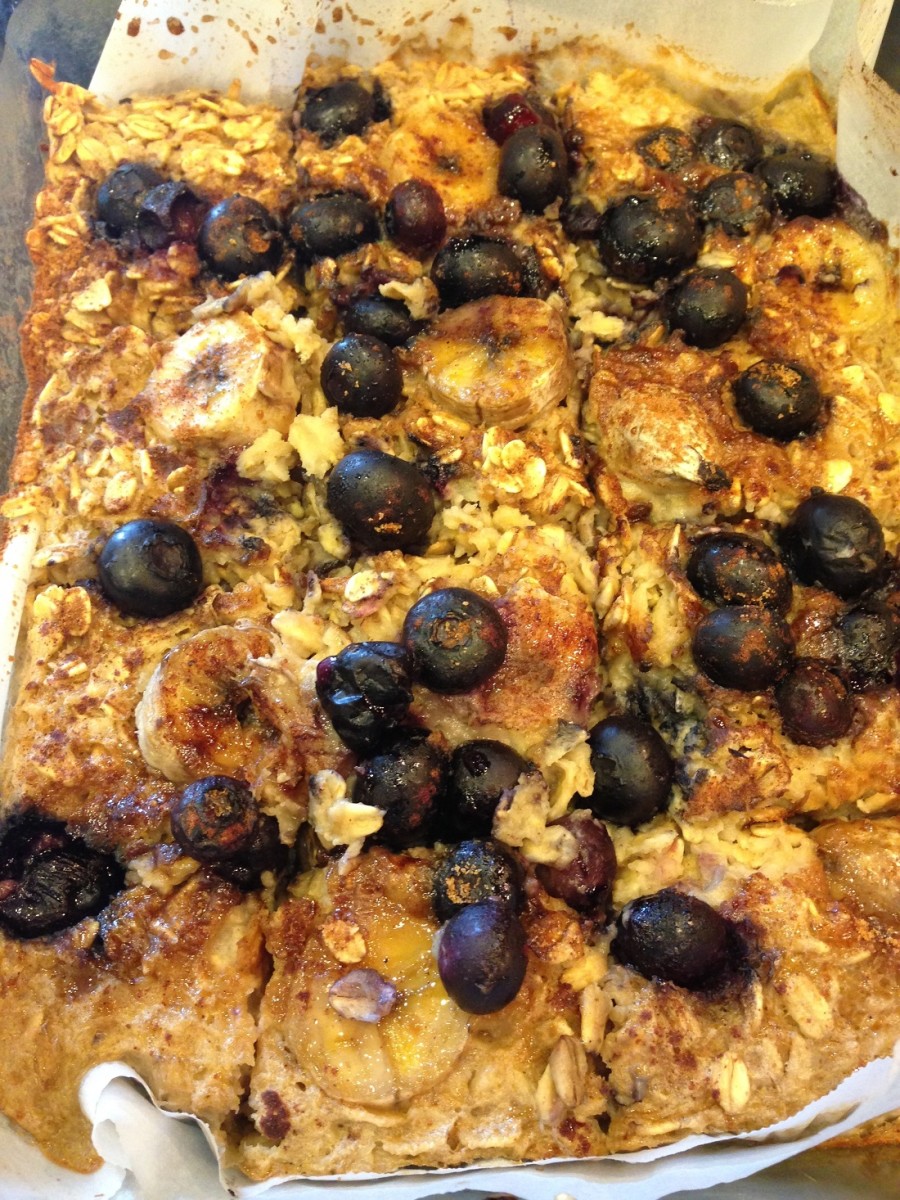 For snackies, I made Lindsay’s Sweet Potato Protein bars, so I can just grab them at the clinic in between patients and some hard boiled eggs. For lunches/dinners, I cooked up some black beans/quinoa mixes, mixed a salad blend of spinach, kale and arugula with lemon juice and olive oil, and made Spinach and Feta chickpea burgers for quick dinners to heat up. I don’t foresee myself doing a ton of cooking while dog-sitting so it’ll be nice to have some healthy eats to grab on the go. 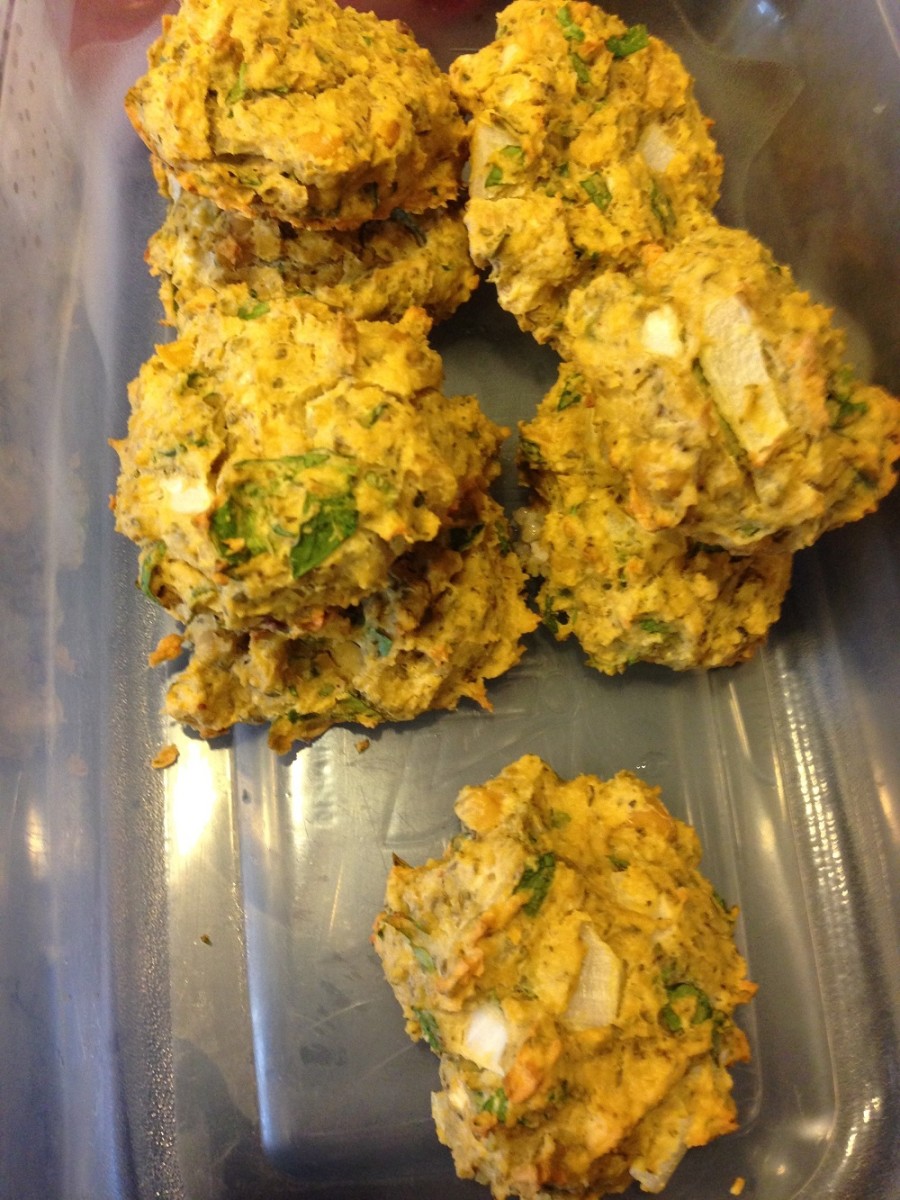 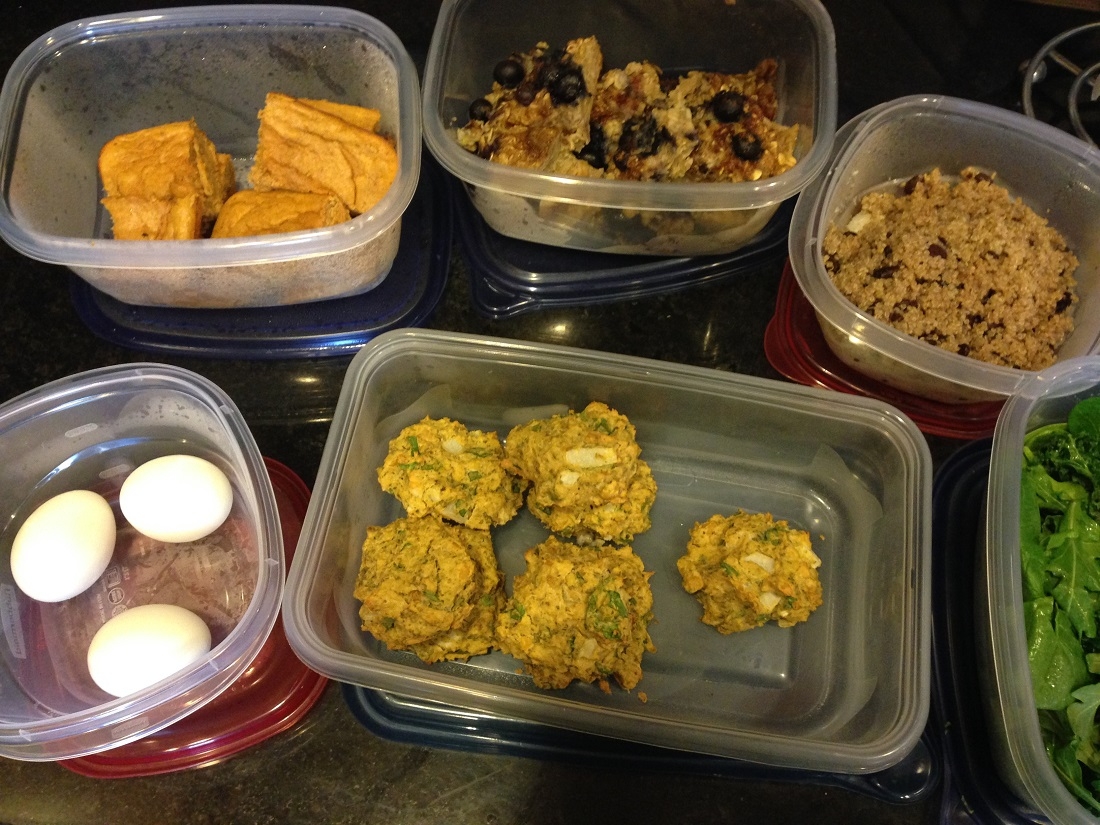 How was your weekend? I’m linking up with Hoho Runs and Trish for the Weekly Wrap!

Best easy thing to meal prep for the week? Mine is definitely hard boiled eggs. I go through those bad boys so quickly!