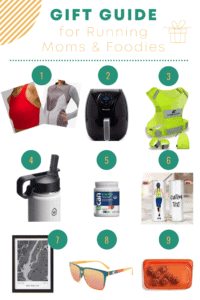 Gifts for Running Moms and Foodies

Gifts for Running Moms and Foodies 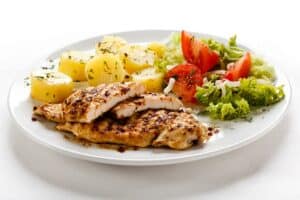 How Runners Can Use Performance Plates

How Runners Can Use Performance Plates 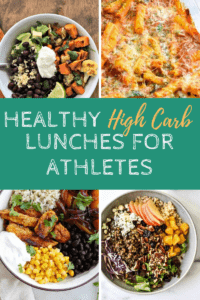 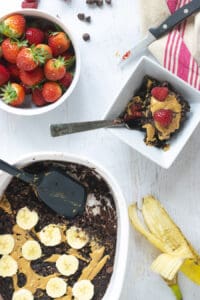 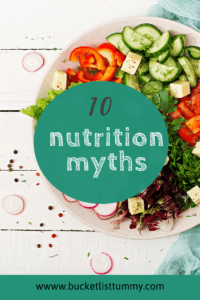 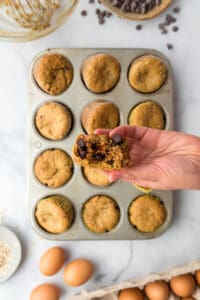 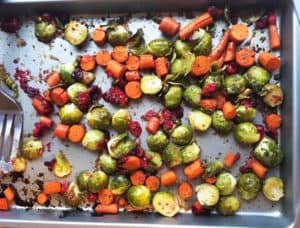 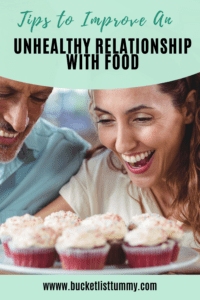 4 Tips to Improve Your Unhealthy Relationship with Food

4 Tips to Improve Your Unhealthy Relationship with Food

I write this review of the Ogden Marathon with extreme satisfaction because this was a race I really did enjoy. Going into it, I had high expectations after looking at the photos from previous years.

The course looked absolutely gorgeous, and it didn’t disappoint in person. It was the MOST beautiful course I have ever run.

The only real doubts I had going into the race were dealing with elevation and wondering how my quads would fare for a predominantly downhill race.

After spending a few days in Park City, we arrived in Ogden early afternoon on Friday. We got our packets and stuff at the Expo. I also wanted to meet the staff members I had been communicating with before hand, since I was an ambassador for the race. The expo was very well organized and full of personality. You could sense the excitement throughout. I also bought some Honeystinger chews and comfy Lularoe leggings for after the race. On the way back to the hotel, we picked up some pizza to go for our pre-race dinner. We opted to eat pizza in our hotel room with some salad and chocolate chip cookies before heading to bed early.

One weird thing about Utah is that it stays light until 9:30pm, so it was light out when we went to bed!

We were up at 3:30 Saturday morning to start our pre-race routine and eat. I had my typical oatmeal with peanut butter and banana and some coffee. I then met up for the VIP Bus which left at 5am. The race didn’t start until 7am, so they gave us some breakfast and snacks on the bus. I had half of another banana, a Stroop Waffle and lots of water.

It was fun to take the bus up and talk to some of the other runners. There was a guy who was doing this race for the 17th time (He has done it every year), and this was his 150th marathon!

We were fortunate to be able to stay on the bus until 10 minutes before the start which definitely worked in our favor because it was COLD up there! Poor Ed was out there for 45 minutes freezing. Perks of being a VIP, haha.

I got off the bus, did some leg swings and light stretching and met up with Ed. We were ready to go! They played the National Anthem and then I lined up with the 3:35 pace group. My plan was to keep with them as long as I could. I really enjoyed running with them – the pace leader was a hoot, and there’s just something about running with a group that makes the pace seem so much easier than if you’re at it alone. I was hydrating so much the whole week prior. And once I arrived in Utah, it seemed that no matter how much water I drank, I couldn’t stay hydrated. I was failing the pee test time after time. I was constantly drinking and going to the bathroom like every hour or two for the first few days.

PS – the likely reason for this is you’re losing more water than you realize through your breath in the altitude environment, so it’s EXTRA important to stay on top of your hydration.

Anyway, I kinda expected that I would have to stop at least once during the race.

The first few miles flew by. It was still chilly so I kept my long sleeved shirt on and used an old pair of socks as gloves. I was having no problem running with the pace group. It was enjoyable running with them, and the pace leader was absolutely hilarious.

He was full of plenty of stories for our company, and he was even talking about leaning forward on the downhills so you’re body isn’t doing extra work.

Sure enough, I stopped at mile 3 to use the bathroom, and would later have to pee again by mile 10, but at that point, I wasn’t stopping again.

We ran through tree covered streets for the first few miles. I was highly anticipating the race course to open up for the mountain and canyon views. I stuck with the pace group until mile 6-7, and then I slowly started inching ahead of them. While I had originally planned to wait until miles 15-16 to go ahead of I felt good, I went ahead and changed the plan. The views were absolutely breathtaking throughout the race, and it was so easy to just look at the mountains around me and smile.

I remember thinking to myself, “Wow, I’m so lucky to be here, running through this natural beauty.” I tossed my long sleeve shirt around mile 4, so the further down the mountain we got, the warmer I got.

I crossed the half marathon mark around 1:46, and was still feeling pretty good. Most of the course had been slightly downhill or flat up to this point. Mile 14-15, though, was a steady uphill, that I had to power through. The weather was just absolutely perfect.

The only thing with elevation and the dry heat, though, is that you don’t realize you’re sweating. It’s extra important to stay hydrated.

Miles 15-17, I caught up with a small group of women (about 3 total). I ran with them for a couple miles. They were right on par with my current pace, and again, it was nice to have a small pack to run with. I’d say around mile 16 is when I started noticing my legs. I’d had to pee since mile 5 (again), but I knew if I stopped, it would be hard/more painful to get back going. Tip: You eventually stop thinking about how much you have to pee if you just continue to hold it.

Like my first marathon, I grabbed water to sip on at each water station, which was about every 1 1/2-2 miles. I took 3 Gel’s and some gummy’s throughout. I took the first Huma gel at mile 9, the second at mile 14, and the third at mile 20. Between miles 18 and 24, I was also popping some Honey Stinger gummies in sporatically. I felt really good so just went with it.

PS – aren’t these stock photos from the race beautiful?

Around miles 19-21, I was running side by side with a guy. We didn’t talk, but we kept pace and I felt like we were pacing/helping each other. It was nice to have a similar cadence by my side. These miles were all downhill, and had lots of turns around mountain and canyons. There was a beautiful waterfall at mile 22 that I was looking forward to, so I kept 22 as my next destination for the time being.

Around mile 23, we reached the bottom of the mountain, and seamlessly transitioned to a downtown greenway. The greenway was actually very pretty with good tree coverage, and more volunteers/spectators lining up throughout. There was a good amount of crowd support, which helped with these last final tough miles. It was a little more narrow, but at  this point in the race, many of us were so spaced out that the narrowness didn’t matter too much.

I caught up and passed a lot of the half marathoners, and kept reminding myself that there were only a few miles left. I was still feeling relatively good, but my legs were getting heavier and heavier. If you’ve done a marathon, you know you sort of lose your mind throughout. I was looking at my watch, trying to calculate my pace and what I had to run for the last few miles to go sub 3:35, and I literally could not figure it out. My math ability was horrible, and I was convinced that I would be 3:35 right on the dot.

With a mile left to go, I took my last swig of water, and finished my last Honey Stinger gummies. I just zoned in, using whatever I had left in me. It was hot and sunny at this point, a stark contrast from the top of the mountain when we started. My legs were heavy and nearly numb, but I wasn’t going to stop until I saw the finish line. I remember finishing mile 26, and thinking, “only .2 miles left! You’ve got this.”

The last 400 meters were loud and exciting. There were people lined up on both sides of the road and it was so exhilerating. I saw the finish line straight ahead and just put one step in front of the other.

I crossed the finish line in 3:31:05 and slowed down to a walk. It was painful, don’t get me wrong, but I felt so proud in that moment for what I had just done. Before I knew it, Ed excitedly ran up to me and picked me up, thrilled that I had run sub 3:35. Before the race, we had decided that I shouldn’t stress about my finish time (easier said than done as any runner knows). My more realistic goal was to beat my first marathon time of 3:42. Sidenote: Ed is a freak of human nature. He had been training for the half marathon and two days before the race, switched to the full marathon. He ran 2:47 and also qualified for Boston and was the 12th male overall.

After crossing the finish line and grabbing my medal, I headed to the VIP tent for a quick massage. They also had Swedish fish, pretzels, chocolate milk, and chocolate covered raisins. They seriously had the best snack offerings. This marathon hurt much more than my first marathon, which I’m sure is the combination of the downhill effect on the body, and the fact that I pushed myself way harder than in my first one. I had a better understanding of what my body was capable of. I went into this marathon with a little more confidence, knowing that I had done this before. That mental piece really helped.

I think as a whole, this marathon reiterated to me how amazing our bodies are. The things we put them through, and what they carry us through, is truly amazing. The days after the marathon were extremely painful. Going up stairs, standing up, squatting, even lying in bed brought extreme pain and soreness. What helped the most was walking to increase the blood flow, stretching, and time in the hotel pool and hot tub. We also ate so much food to speed up recovery.

A few of you have already asked me what I did differently this time around to cut 11 minutes off my time. So, I think next week I’ll address that!

Disclaimer: I was a Race Ambassador for the Ogden Marathon, and they covered my race entry and accommodations.  I was not compensated for my time.

Sarah Schlichter is a Registered Dietitian with a Master’s in Public Health Nutrition. She specializes in sports nutrition and intuitive eating, and recipe development. She also co-hosts the podcast, Nail Your Nutrition.
46 Comments
Join The Conversation

So much to be thankful for! Thankful for these gi

Thanksgiving is a wonderful time of year. It’s m

Planning your thanksgiving menu? Include this unde

No sensational captions today except that as I men

Are you worried about the diet talk over the holid