We officially announced our second pregnancy last week on social media, so I’m sure many of the regular readers already know. If not – Camryn is going to be a big sister come August! 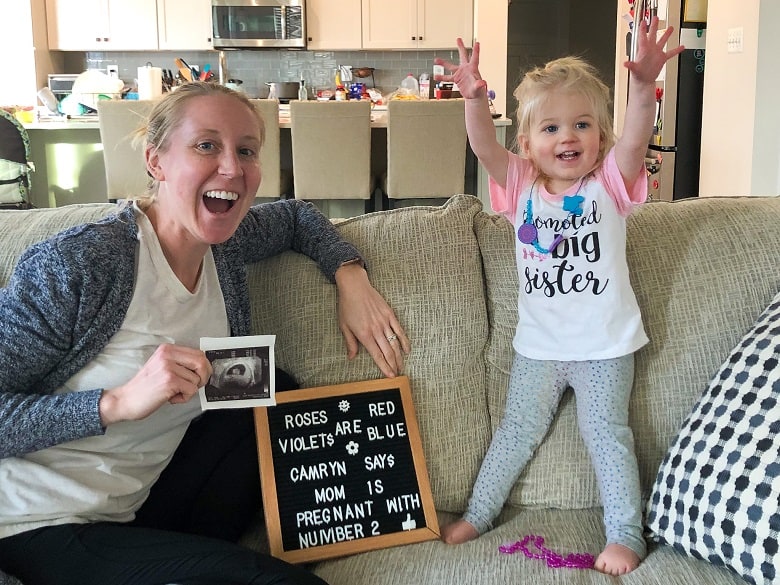 This pregnancy has been the complete opposite of my first pregnancy in so many ways. I thought the best way to write about it would be to do kind of a Q&A.

How Far Along Are You?

I’m just over 16 weeks right now. We actually meant to announce in mid-late February, but life got in the way.

Did You Have Morning Sickness?

Yep – this time around it was rough! With Camryn, I had virtually no symptoms – not much extreme fatigue and no morning sickness. It was easy to forget I was pregnant, minus all of the excitement.

This time around, I felt nauseous pretty much all day. By the way, if you’ve never been pregnant, morning sickness is a misnomer – you can just feel “yuck” throughout the day, not just the morning.

I haven’t really had any strong cravings or aversions – it was just that so much did NOT sound good. I really tuned in to my advice in this hunger and fullness Ebook for eating without an appetite because obviously, I still needed to be eating regularly.

Were You Pregnant For the Disney Marathon?

Yes, I was pregnant while running the Disney Marathon. Many of you have asked about this, lol. 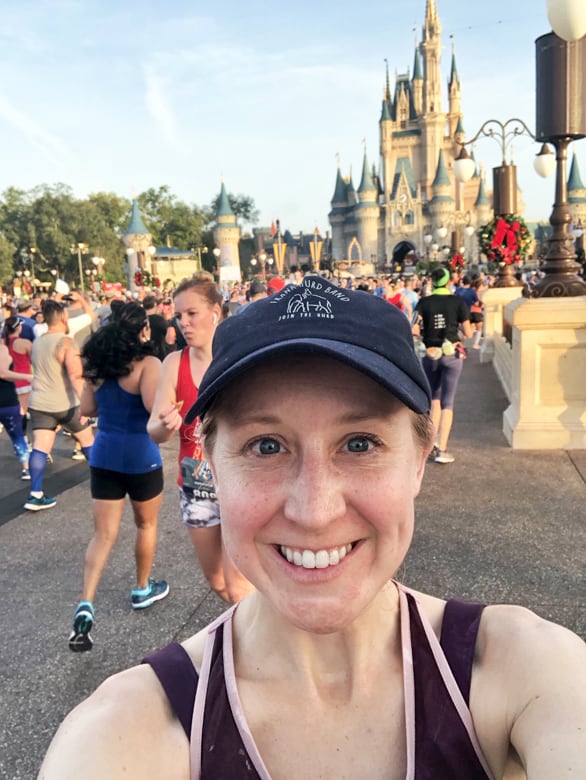 I was about 8 weeks pregnant and feeling pretty “blah.” Pregnancy was one of the main reasons I decided to drop out. I know it’s totally possible to run a marathon pregnant and plenty of women do it, but it still felt kind of scary to me, especially with all the adverse symptoms I was having.

So, I told myself I’d start the race, see how I felt, and stop whenever I thought was appropriate or if I felt any pain whatsoever, which turned out to be around mile 13. No regrets about that.

I know I have plenty more marathons in my future. I’ll still be working with the Detroit Marathon this year and have some awesome giveaway entries for you guys!

Are You Still Running?

Yep! I probably run 3-4 times a week. Right now, things still feel pretty good. I ran while 38 weeks pregnant during Camryn’s pregnancy so if all goes well, I’m hoping to run as long as I can, but I’m not putting any pressure on myself. 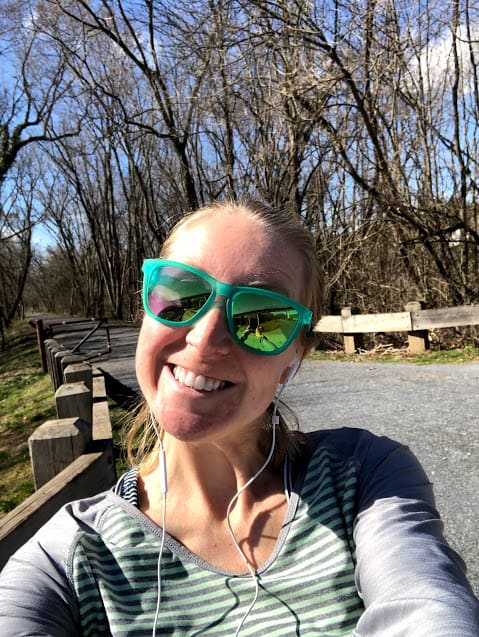 I don’t really run more than 3-4 miles at a time, although I’m signed up for the Cherry Blossom 10 Miler in April so that will be interesting.

I also joined a mom’s workout group that I go to a few times a week for stroller workouts, which has been great for my sanity and making friends. Once a week, they also have a pregnancy workout which is super helpful because I never know about modifications and what I can or can’t do! 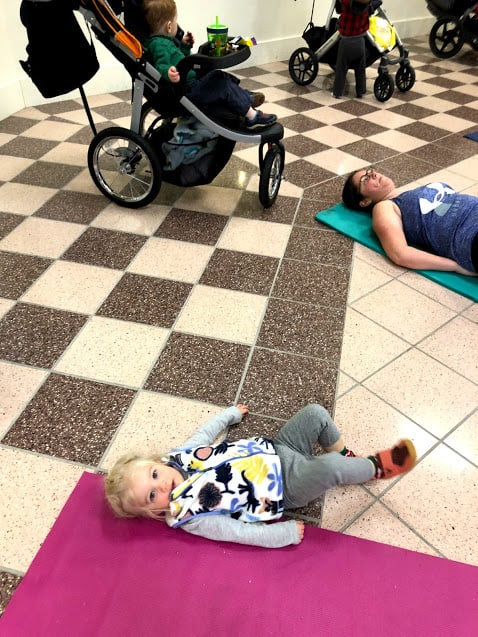 It has also helped me make some new friends, which has been hard since moving here last summer, especially since working from home.

Are You Going to Chronicle This Pregnancy Like You Did the First?

I wasn’t necessarily planning on doing that …. unless you guys want me to?

I will say, there is already a stark difference between Camryn’s pregnancy and this one. This one, I’m so much less focused on the days/weeks and I probably couldn’t even tell you how far along I am without having to check.

I just had to check and saw that the baby is currently the size of an avocado.

I’m not journaling or taking progress pictures like I did before. I think this is the only posed pregnancy picture I have so far! 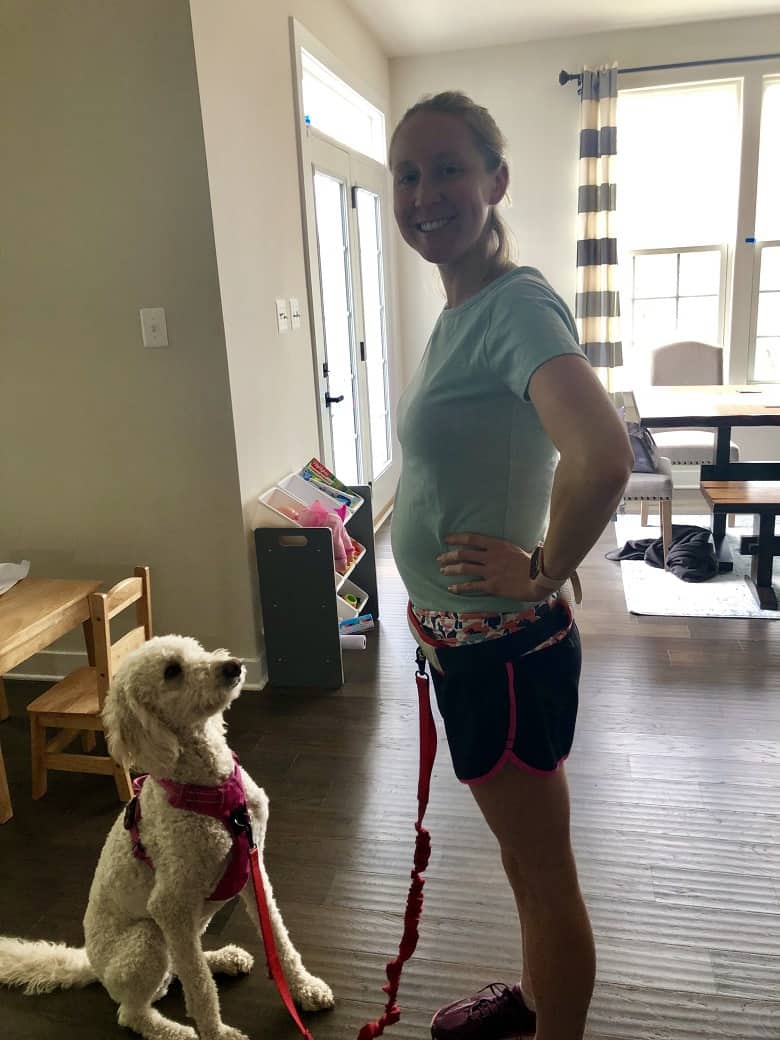 And it’s not that it’s not as exciting, but it’s not novel like it was with my first pregnancy.

And plus, I have a non-stop toddler to chase these days and she kind of takes priority. Maybe other moms can chime in with their thoughts?

She knows there’s a “baby” in mommy’s belly. If you ask her where the baby is, she’ll either point to my belly or to the sonogram picture.

I don’t think she knows there’s going to be a real baby human living here in our house with her in 5-6 months.  But I like to think that she’ll be excited about it.

Camryn is so obsessed with Tater (our dog) and she loves other babies and kids, so hopefully that love will carry over into having her own baby and sister.

How long does it take for two year olds to realize they have a “sister” or “brother?” I need some seasoned moms to chime in!

Are You Going To Find Out The Gender?

So, I was all about knowing early on. But, as of the last few weeks, I’ve decided I want to be surprised.

I think there’s something so amazing at the idea of a surprise at delivery. If anything, no matter what happens during delivery, it gives me something to look forward to.

Another mom recently told me that she had initially decided not to know the gender, but she saw her medical record notes and found out that way! Ugh, that had to be the worst.

I’ll have to make sure that doesn’t happen.

How Are You Feeling? Excited? Nervous?

To be honest, I’m a little anxious thinking about the transition. Some people say it gets easier with two, but I’ve also heard it’s more challenging because you never get a break, whereas with one, you can just pass him/her to your partner and get a break. 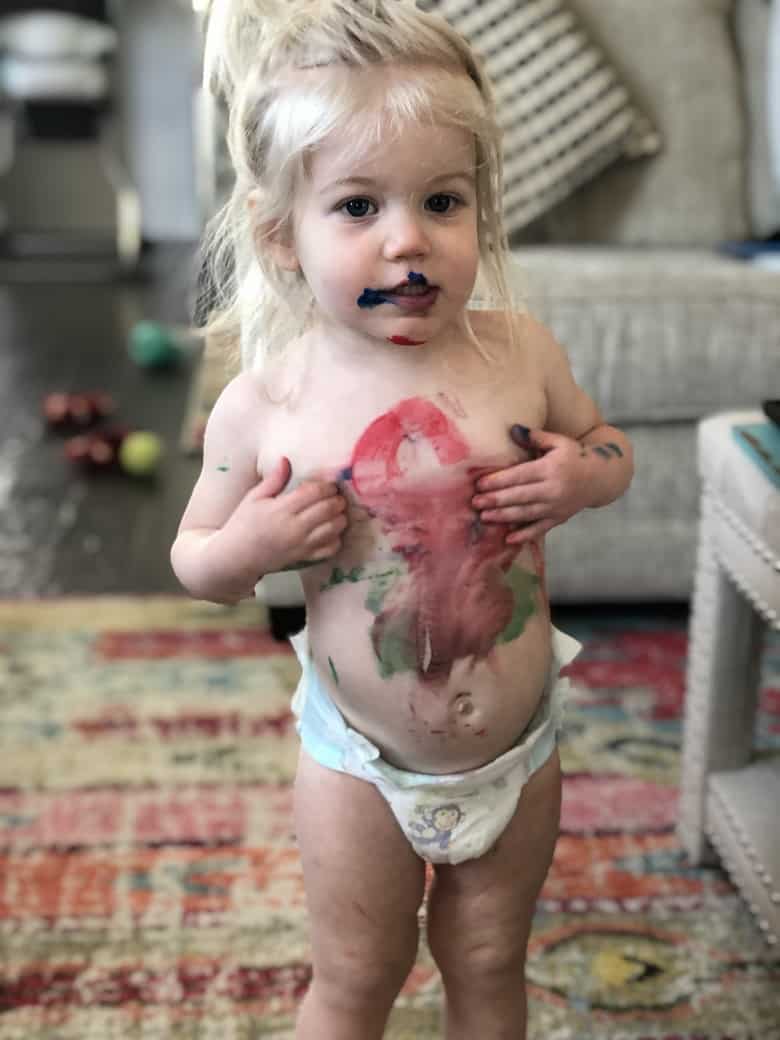 I think I’m just nervous for the beginning. I know we will figure it out and then adjust from there. Camryn will love being a big sister, I think.

She is very motherly and concerned when she sees or hears “baby cry,” or “baby sad.” Hopefully, she’ll be helpful! 🙂

What’s Your Plan With Work?

I’ll take some time off like I did with Camryn – not sure how much time. My business is in a little bit of a different place now. Luckily, with daycare, now I can do most work from home, but when Camryn is home with me, I can’t get much done although she “tries” to help. 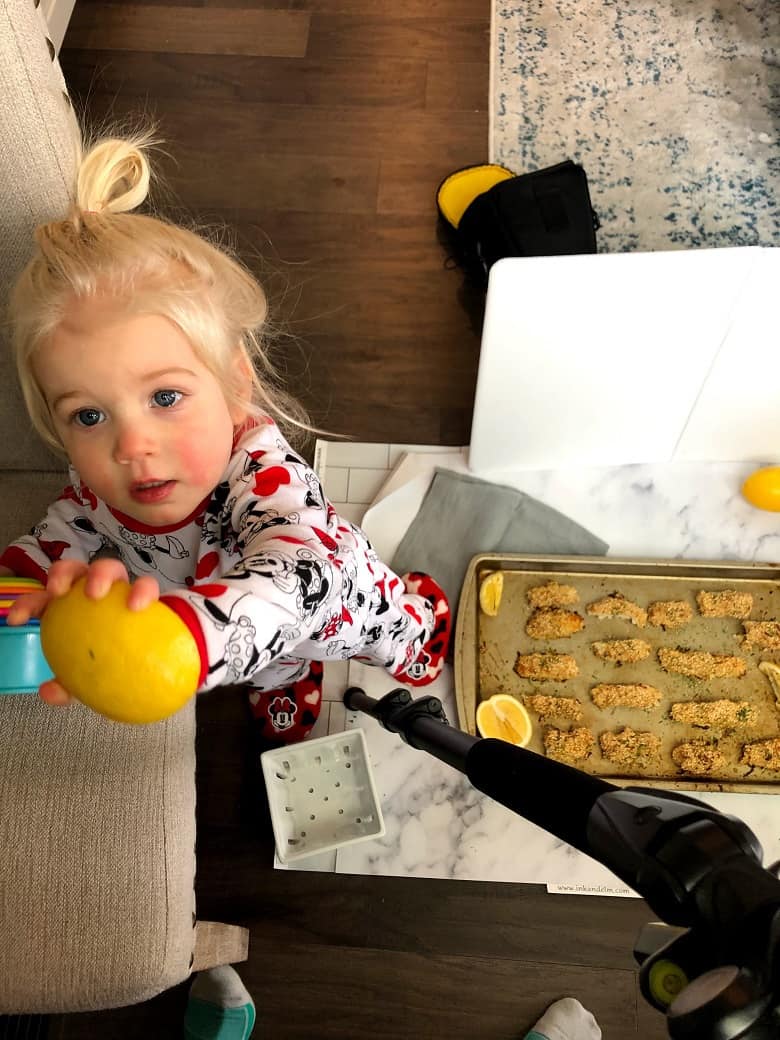 I will probably stop taking new 1-1 clients in May/June to prepare for the transition. I’ll continue with my blog and recipe work and freelance writing up through delivery if I can.

I don’t want to set a timeline, but I do want to make sure I take enough time for “me” to adjust to our growing family and make sure I’m in a good place before I come back to working the odd hours I do now.

That’s about it for now. Let me know if you have any specific questions and I can address them! Some have asked to see meals/snacks of what I’ve been eating. Should I do a pregnancy meals/snacks post?

10 responses to “A Baby On the Way: Pregnancy #2 Announcement”