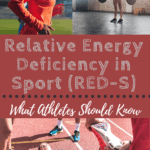 Relative Energy Deficiency in Sport Syndrome, simply known as RED-S, is a comprehensive term that includes education and an explanation of symptoms of underfueling and energy deficiency among athletes, both male and female. 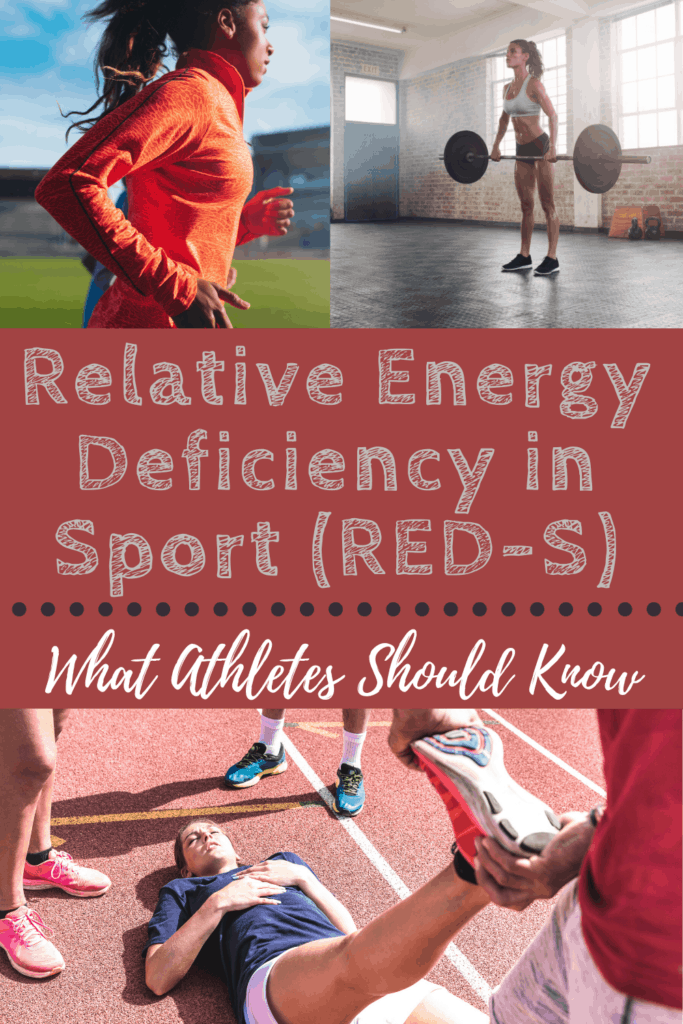 It is important for runners to pay attention to their nutrition intake, and when I say that, I mainly mean eating enough.

However, sometimes what starts out as paying attention to nutrition quickly spirals into increased restriction, food rules, disordered eating behaviors, and even full-blown eating disorders.

A hyperfocus on health quickly leads us down a different path.

Relative Energy Deficiency in Sports (RED-S) Syndrome can happen when a runner or athlete is not fueling his or her body adequately with enough nutrition and calories to support the demands of his or her sport. As I’ll discuss, it can come across from intentional undereating (food rules and diet culture), or unintentionally.

RED-S Syndrome is a broader, more comprehensive term for what was previously known as the Female Athlete Triad. The Female Athlete Triad formally referred to a situation in which females experienced a deficiency in dietary intake via disordered eating behaviors or unintentional underfueling. 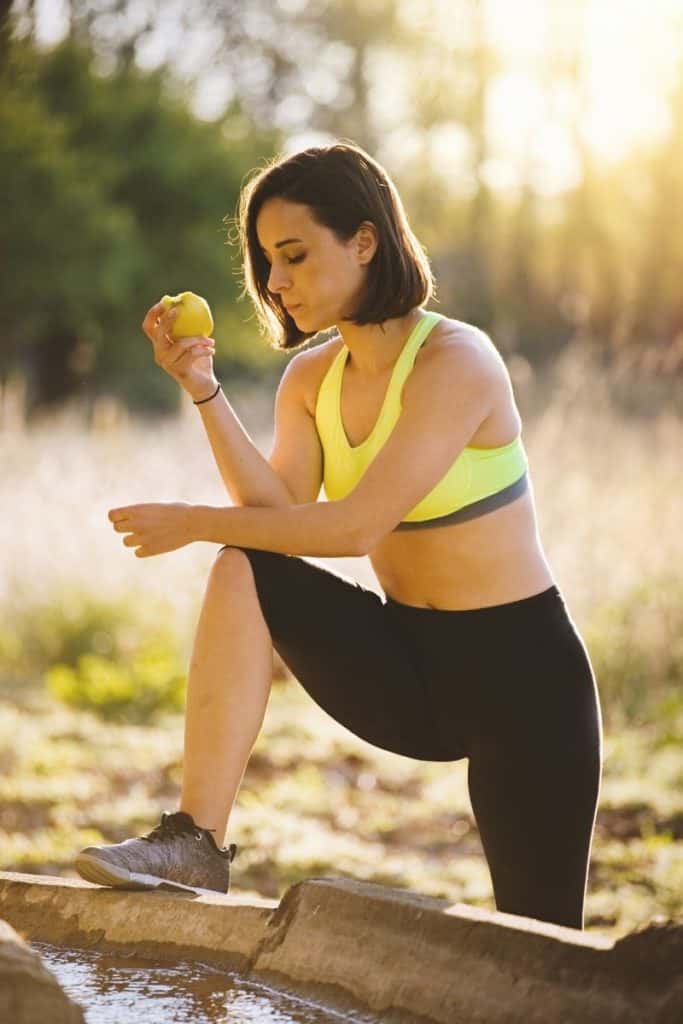 This underfueling results in a loss of the menstrual cycle (known as amenorrhea) and low bone mineral density.

The change from the Female Athlete Triad to RED-S was made primarily to include a more robust and description of symptoms caused by energy deficiency.

The new diagnosis also includes males, as they are not immune from the effects of energy deficiency and its symptoms.

What Does Relative Energy Deficiency Mean?

Relative energy deficiency (in sport) refers to when an athlete or active individual is not consuming enough nutrition or calories for the body to function adequately in all realms. This includes and affects metabolism, menstrual cycle, bone health, and more. 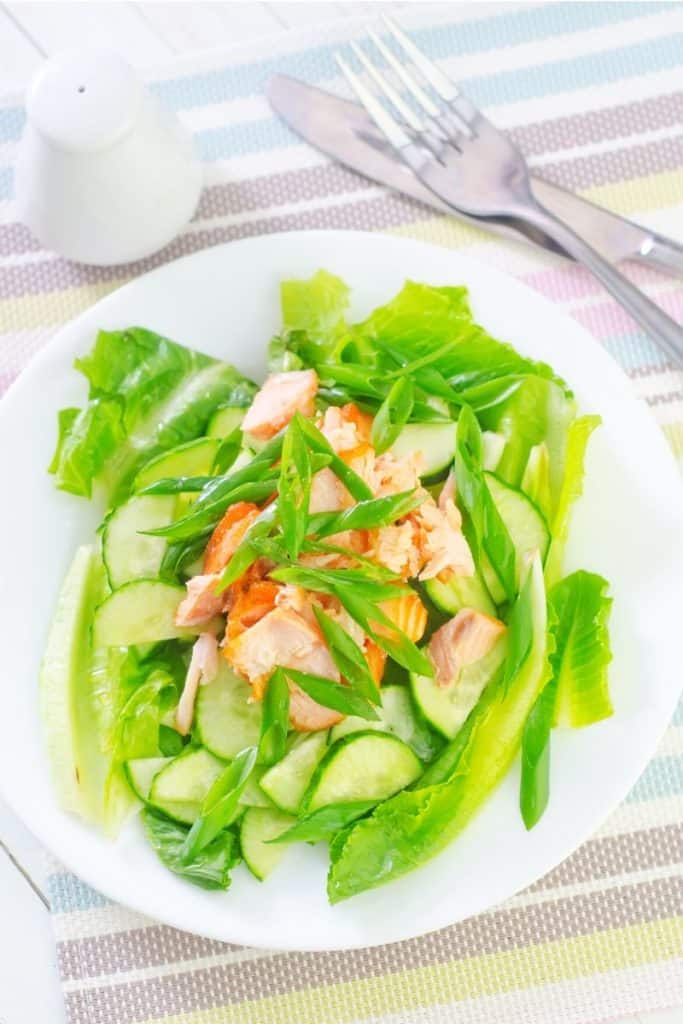 RED-S affects many aspects of health including:

It also has a devastating impact on athletic performance.

It is important to note that RED-S can occur in individuals of varying body shapes and sizes. There is no “one size fits all” when it comes to energy deficiency, disordered eating, and adverse effects of not consuming enough calories.

Even recreational runners and exercisers are at risk for energy deficiency and RED-S.

Why Does A Relative Energy Deficiency in Sport Occur?

This relative energy deficiency in sport occurs because there is an imbalance between energy intake and energy output. 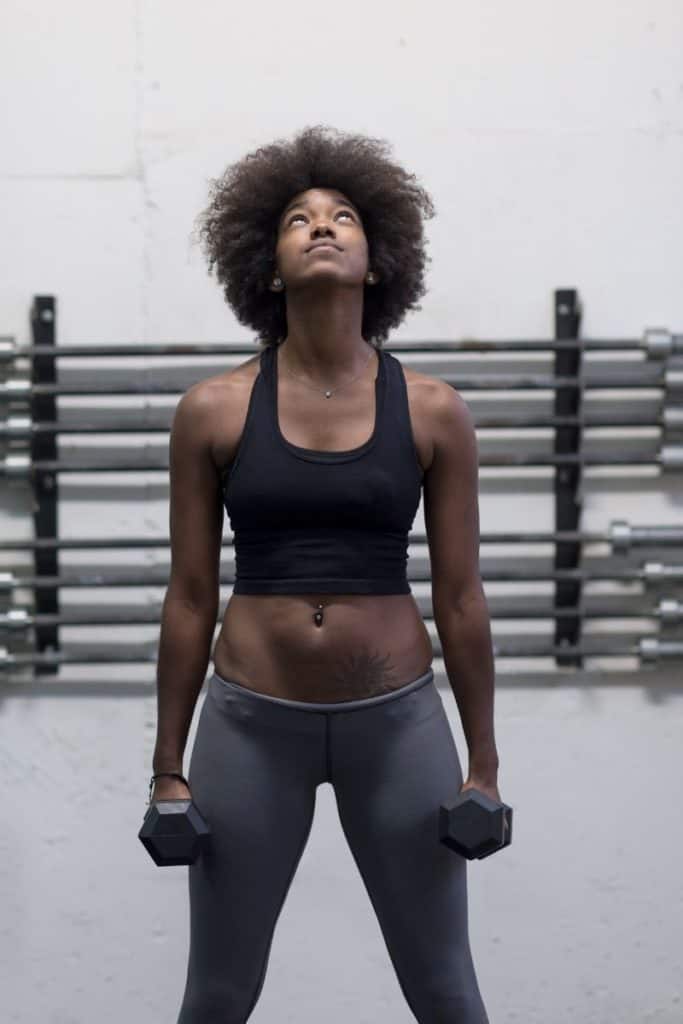 When we do not receive enough nutrition or overall calories, our bodies begin to compensate by slowing down metabolism, altering hormones (which can alter or cease the menstrual cycle in females, among other things), and other physiological adaptations.

Again, this may be intentional or unintentional. Inadequate energy intake may be intentional due to an individual’s attempts at weight loss or body composition changes (either through dieting or exercise or both). Or even an attempt to follow the so-called Wellness Diet.

It may also be intentional due to societal pressure to look a certain way, whether for a sport or trying to achieve an unrealistic expectation of body shape and size. 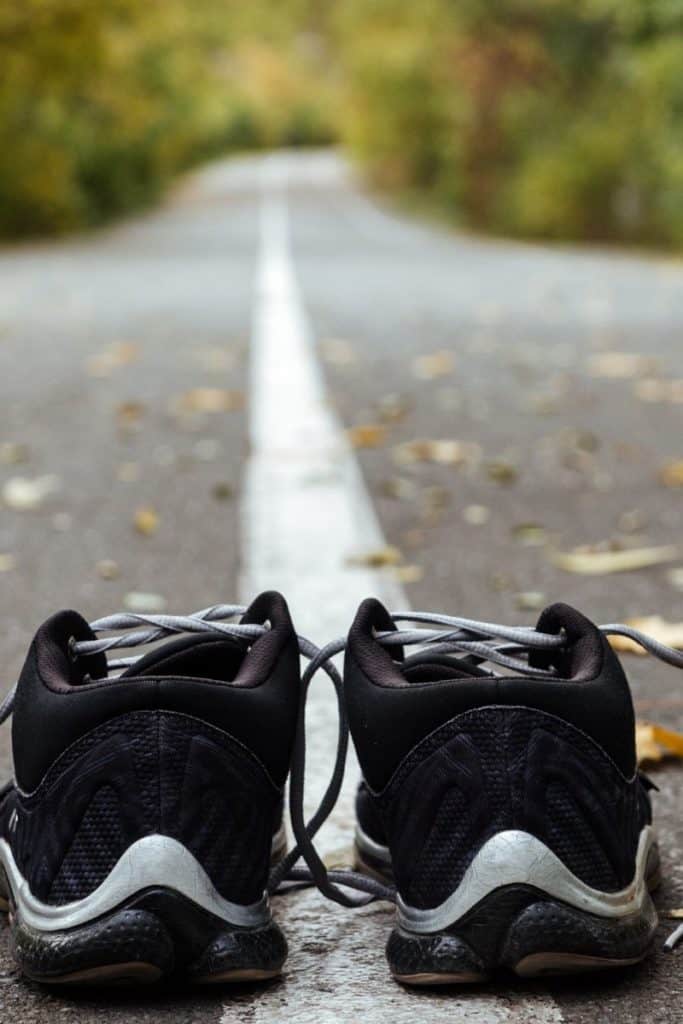 On the other hand, inadequate energy intake may be unintentional due to an individual not matching their intake with their output. This can happen to individuals new to exercise and training that don’t realize they aren’t consuming enough to support their new exercise habits.

Unintentional underfueling may also happen as a result of an athlete or active individual not prioritizing their nutrition plan, not making time to eat consistency and include snacks around workouts, or even forgetting to refuel their bodies throughout the day.

Ultimately, RED-S occurs when an individual is not consuming enough calories and nutrition to adequately sustain the body for everyday energy expenditure, on top of the additional energy output via movement and exercise.

Simply put, there is an imbalance between energy in and energy out. 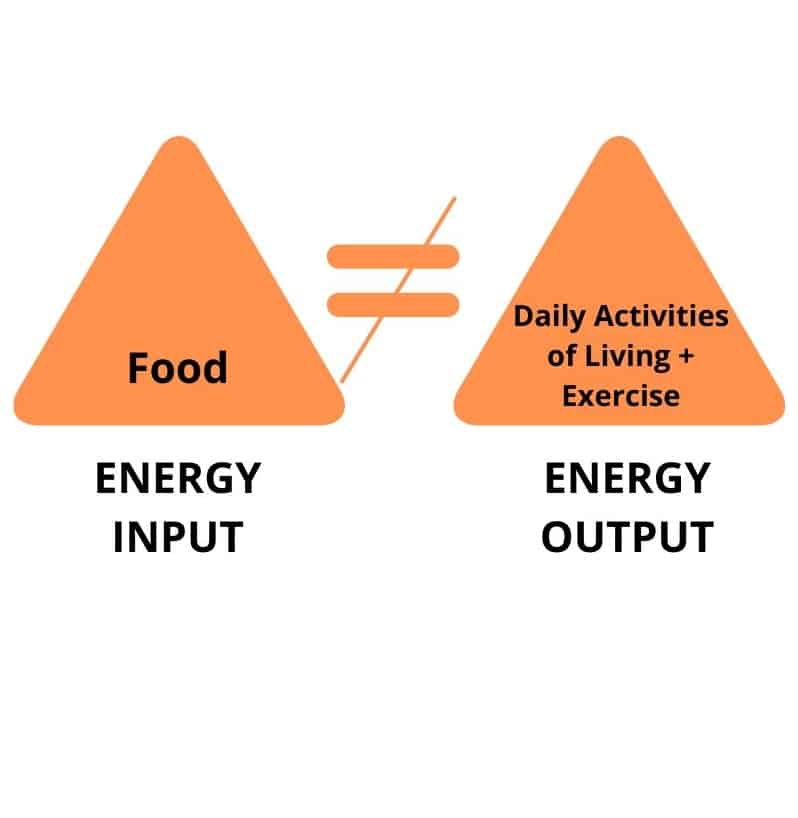 There are many factors to consider when it comes to RED-S and chronic energy deficiency.

Previously, being known as the Female Athlete Triad, the main warning signs were loss of menstrual cycle (amenorrhea) in females, low body weight and/or body fat, and a loss of bone mineral density, which could result in stress fractures or bone breaks.

Now, RED-S is known to cause even more problems than what the Triad included. It now extends to psychological disturbances, such as obsessing about food and exercise, mood swings, and irritability. 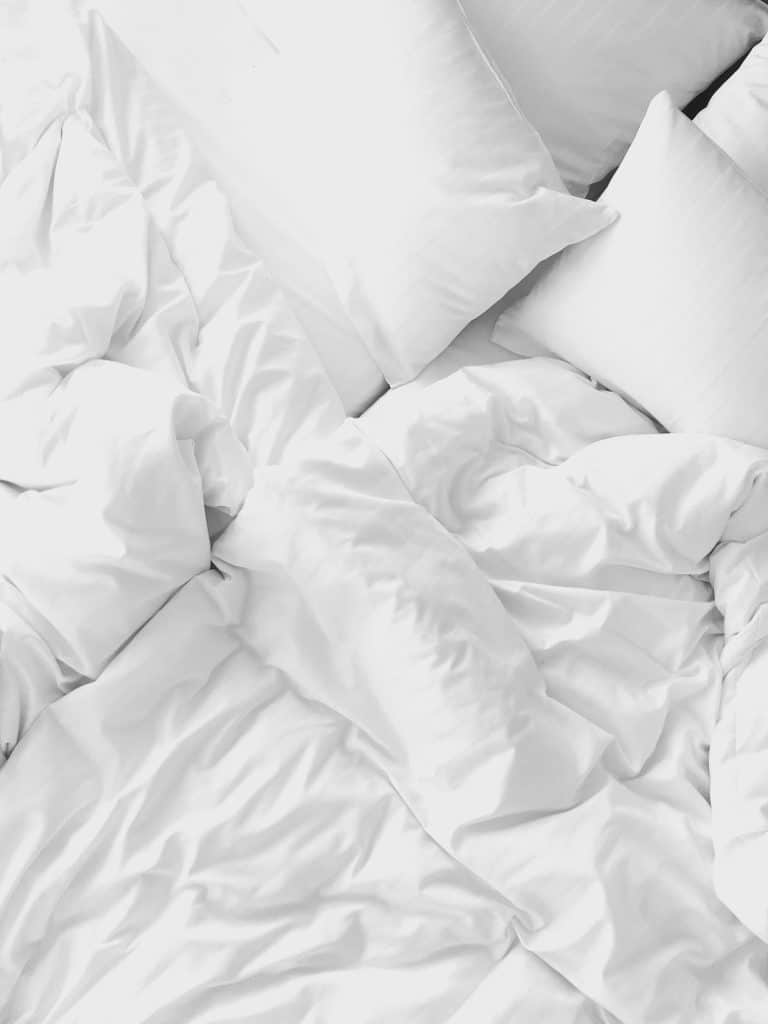 This can also lead to chronic fatigue, overuse injuries, and an increased risk for infections and illness.

This post talks more about overexercise and compulsive exercise.

The following image from the IOC Consensus Statement: Beyond the Female Athlete Triad—Relative Energy Deficiency in Sport (RED-S), shows the many ways RED-S can impact the body. 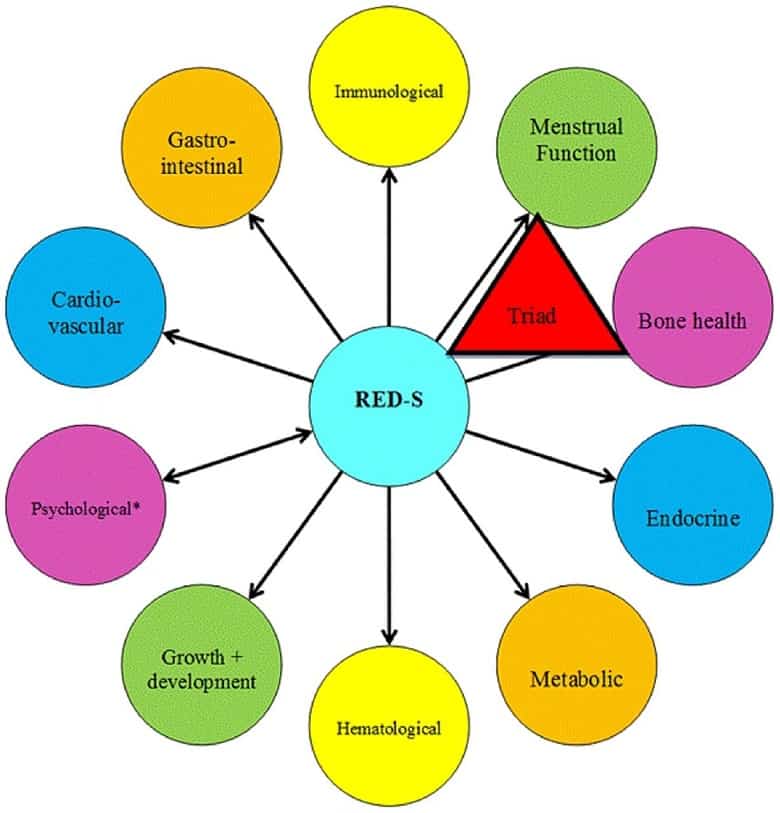 How Being In An Energy Deficiency Can Impact Your Physical Performance

Inadequate energy intake resulting in RED-S also has an impact on an athlete or active individual’s physical performance. You can imagine this to be true, considering all of the body functions and systems that are affected.

Athletes in an energy deficiency may experience:

All of these consequences can result in decreased strength, endurance, and power leading to worsening athletic performance.

The following image from the IOC Consensus Statement: Beyond the Female Athlete Triad—Relative Energy Deficiency in Sport (RED-S), shows the many ways RED-S can impact your physical performance. 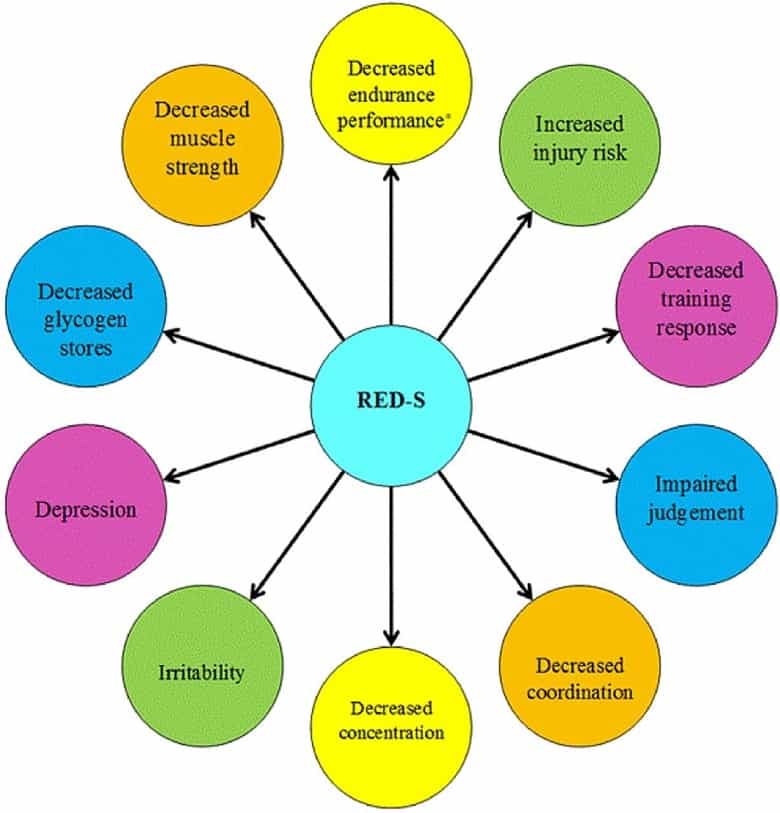 So ultimately, what may have started out as a seemingly innocent attempt at “getting healthy” or to lose weight or body fat, if taken too far, can result in severe consequences for one’s health and athletic performance.

It is important to not ignore the warning signs and to seek treatment as soon as possible. This can help avoid the long-term effects RED-S can have on the body.

Seeking treatment for RED-S is essential, regardless of body shape or size, the severity of symptoms, or the level at which you engage in your sport or exercise. 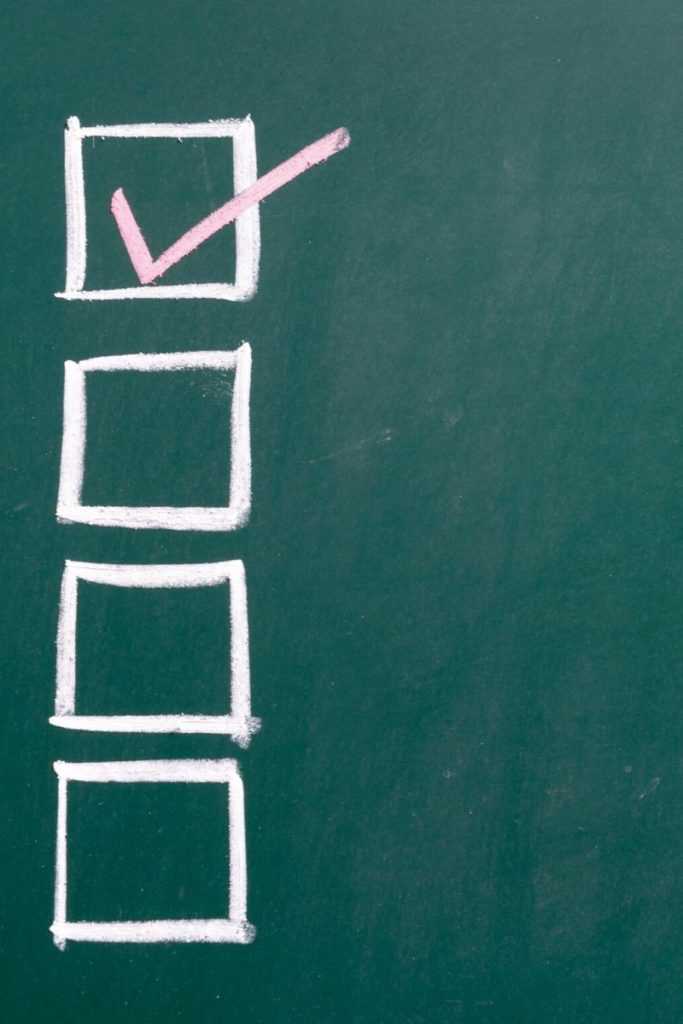 Don’t Ignore The Warning Signs – In the past, it has been common practice to ignore the warning sign of a female athlete not obtaining their menstrual cycle. Having inconsistent menstrual cycles or the complete loss of menstrual cycles at times during training has also been ignored.

This used to be thought of as a “normal” result of being an athlete or of competing at a high level. But it is truly a sign that the body is undernourished (or another underlying medical condition), and can lead to serious health consequences.

Check Labs (Hormones, Bone Density) – Getting testing done to check hormone levels, bone density levels and other health measures is important. It will likely give you a fuller and clearer picture of what’s going on in the body than just focusing on body weight.

Look Beyond Body Weight – RED-S and its consequences can occur even if someone is not considered to be at a low body weight for their age and height. It can also occur in an individual whose body weight has not changed.

Utilize a Team of Health Professionals – Treatment for RED-S may include a team of health professionals such as a General Practitioner (GP), Registered Dietitian (RD), psychologist, and more. Much will depend on how long the issue has been occurring and how ready and willing one is to seek and receive treatment.

Overall, treatment for RED-S will include getting the body to a more appropriate energy balance. This may be through an increase in nutrition intake, a decrease in training, or both.

Depending on the individual’s symptoms and willingness to participate in treatment strategies, this may occur slowly. Adding in approximately 200-300 calories or more per day via food or nutritional supplements, decreasing physical activity and training intensity and duration, or both, is one strategy. 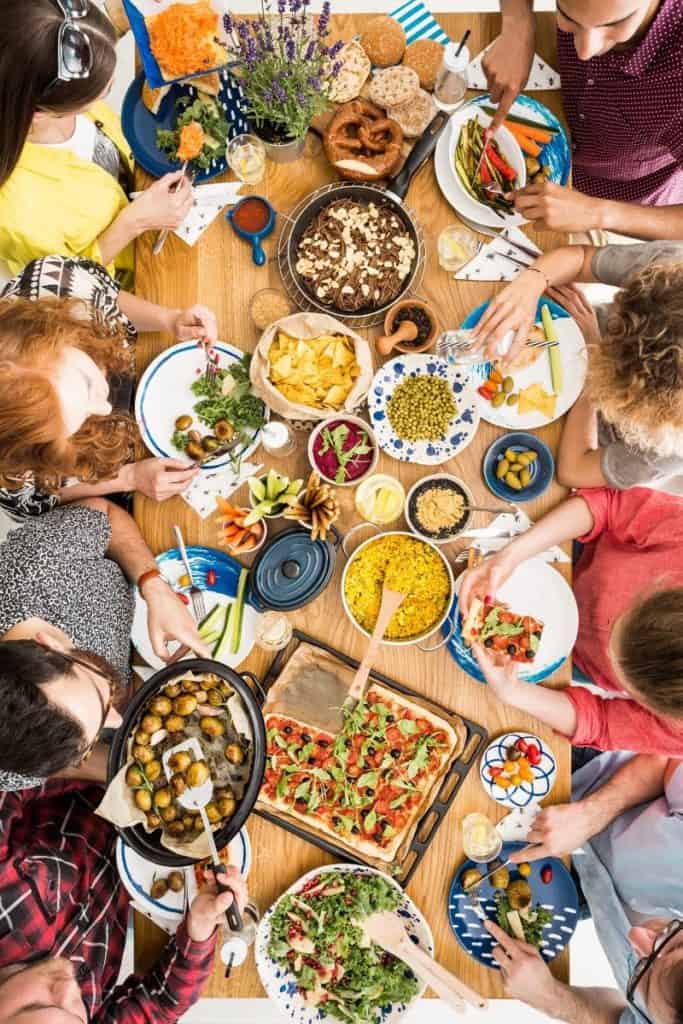 If an individual is ready to go “all in” with treatment, restoring the body to energy balance may occur more quickly. One such was to do so is adding in approximately 500 or more calories per day and/or decreasing physical activity and training by a more significant amount.

The time it takes for someone to achieve energy balance and resume more normal bodily functions, such as obtaining a menstrual cycle for females, varies greatly.

It is important to continue treatment and stay the course until you are in a more stable energy balance. This may result in a change in body weight, although it may not, which can be hard for some individuals to handle and that’s why it’s important to have an RD and a psychologist on your treatment team.

What About Birth Control Pills for Regaining the Menstrual Cycle?

I get this question often and I think it’s important to explain why this approach does not approach the root cause or symptoms. 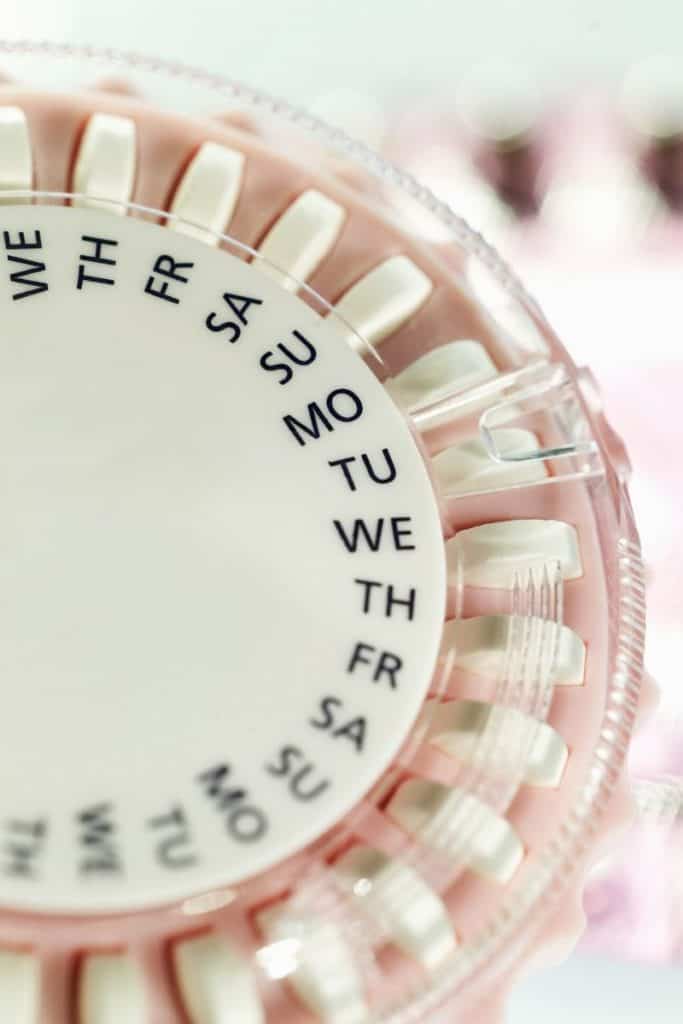 Although birth control pills are often prescribed when a female athlete is not obtaining her menstrual cycle naturally, it is not a recommended course of treatment. Instead of addressing the root cause of the problem, birth control pills are simply masking the symptoms. This can lead an individual to think they are better, which is not the case.

While once thought that birth control pills may prevent some of the bone loss associated with RED-S, studies have shown that to be inaccurate.

Women who did not receive oral contraceptives but increased their weight and resumed their menstrual cycle naturally saw an increase in bone mineral density.

Restoring your body to adequate energy intake and regaining your menstrual cycle naturally is the best course of treatment. However, it takes time, patience and some discomfort.

RED-S really came to light in the media when some former collegiate and professional athletes shared their stories. Experiences ranging from overtraining, being underweight, pressure from coaches and peers to look a certain way, and the consequences that resulted spread wide.

What other questions do you have about RED-S?

Bergstrom, Ingrid, et al. Women with anorexia nervosa should not be treated with estrogen or birth control pills in a bone‐sparing effect. Obstetrics & Gynaecology. (2013). 92:8 (877-880).