Hi guys! So, I’ve been keeping something from you for 3-4+ months now…. 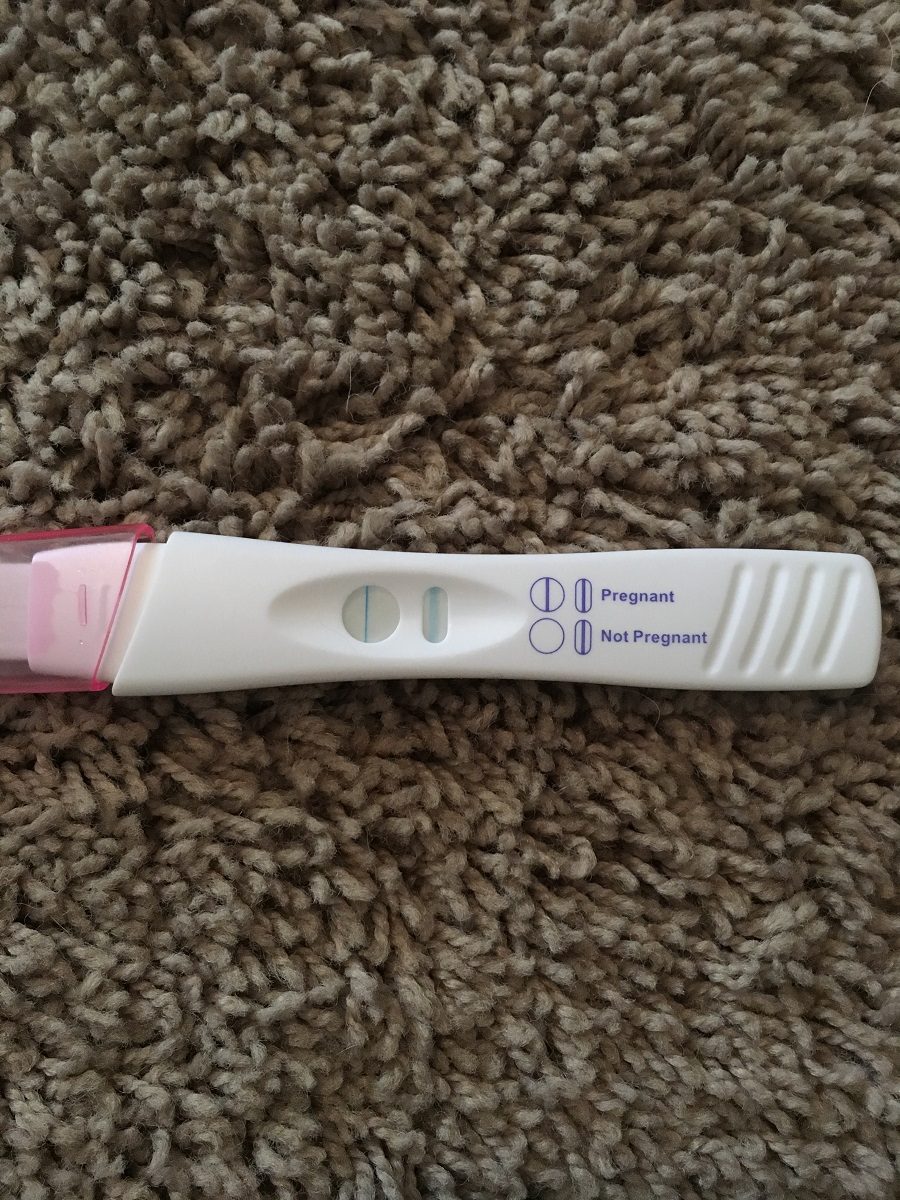 It feels so relieving to finally share it on the blog. I’ve felt like I’ve been keeping a huge secret from you guys and now it’s out in the open. Baby BLT is due on April 1st (so late March/early April). We’re excited!

I figured the easiest way to tell a story or share more is to answer some of the more common questions I’ve gotten asked.

Some of you may have realized I haven’t written about running as much lately. Well, running has been HARD, to summarize. I think that was honestly one of the first insights to pregnancy. What used to be my easy pace became so much harder. Breathing became harder. Breasts hurt more (sorry, TMI). I cut down my running substantially. The 15k race I ran in September was the longest I’ve run in months. Things have improved since entering the 2nd trimester, and I’m back to my 3-4 days a week running. I have no idea how things will progress as I get bigger, but I know I need to move my body to feel good. Sometimes, it’s a run and sometimes it’s just a walk. My love for running hasn’t changed. I’m just more realistic and my distances have decreased pretty significantly, as to be expected.

I am itching for another marathon though, so once I can train after the baby, I plan to. 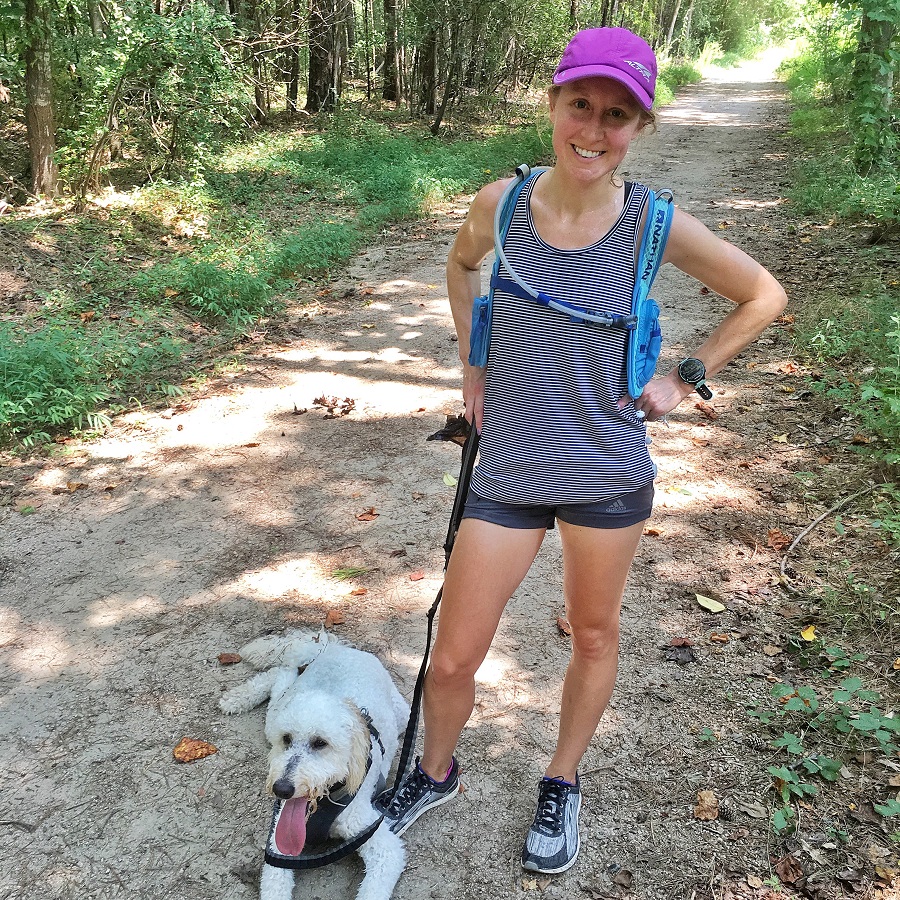 Has your eating changed?

Kind of…I plan on doing some full posts on food choices in general. Food choices have been interesting. For the first 6-9 weeks, I despised vegetables. I didn’t want anything to do with them. I wanted fried foods and sweets, lol. It’s crazy how your body can change. 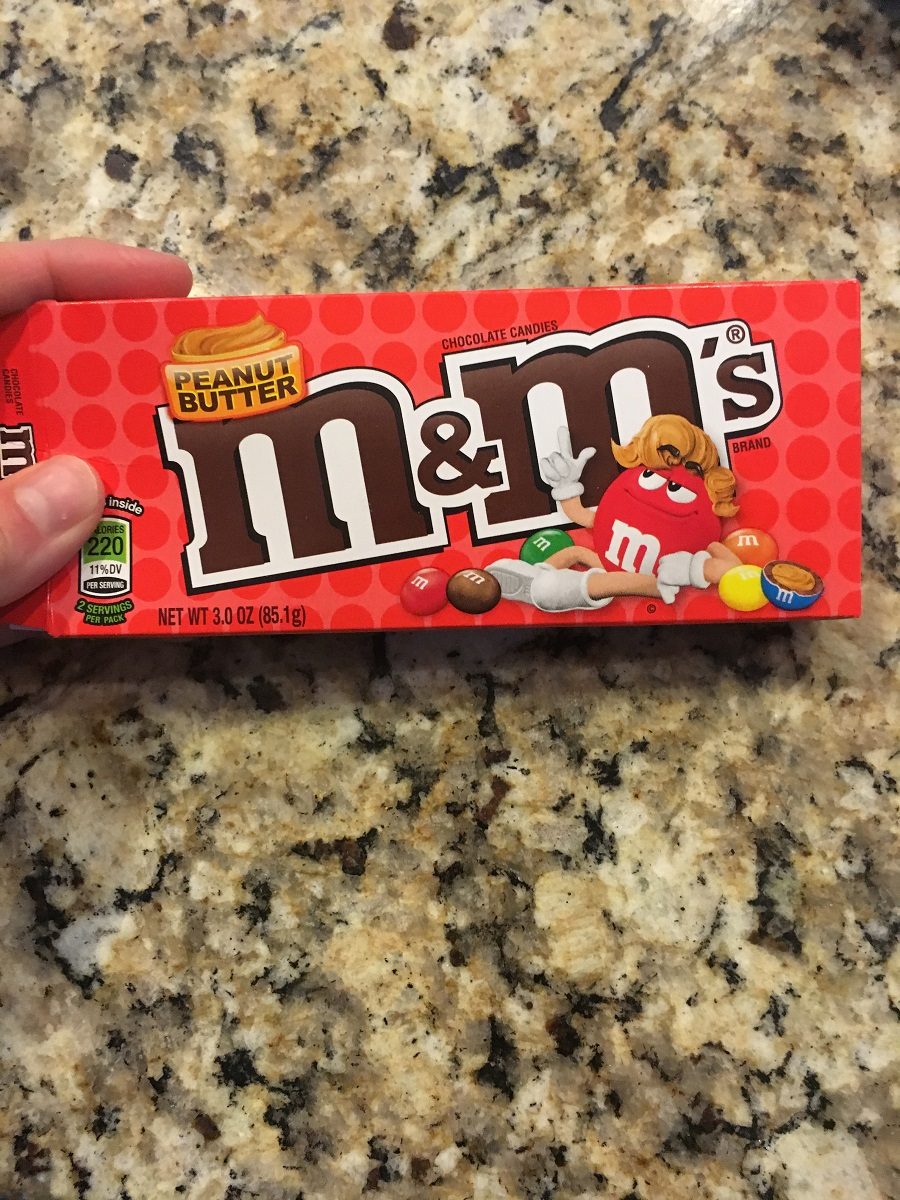 Listening to cravings and intuitive eating during pregnancy has been challenging, but honestly, I think it is the PERFECT time to do so. I’ve learned so much about my body over the past 3 months. I won’t lie – it isn’t always easy to undergo body changes, so maybe I’ll talk about that too. But really tuning into what your body actually wants (rather than thinking about what you should eat) has been so interesting and challenging.

I’ve had trouble figuring out my fullness cues. What used to be the right amount is now too filling, making me painfully full. Maybe it’s because there’s less room in my stomach now? But I’ve adjusted to just smaller meals more often. I eat 6-8 times/day and lately, that’s been working. I feel like I’m always hungry. I’ve always been a constant snacker, but now, it’s like I eat lunch and an hour later, I need a second lunch. I don’t know what that means baby wise (girl/boy with an appetite?), but I need to be conscious about having enough protein each time I eat, which has been a little bit of a change for this carb lover. 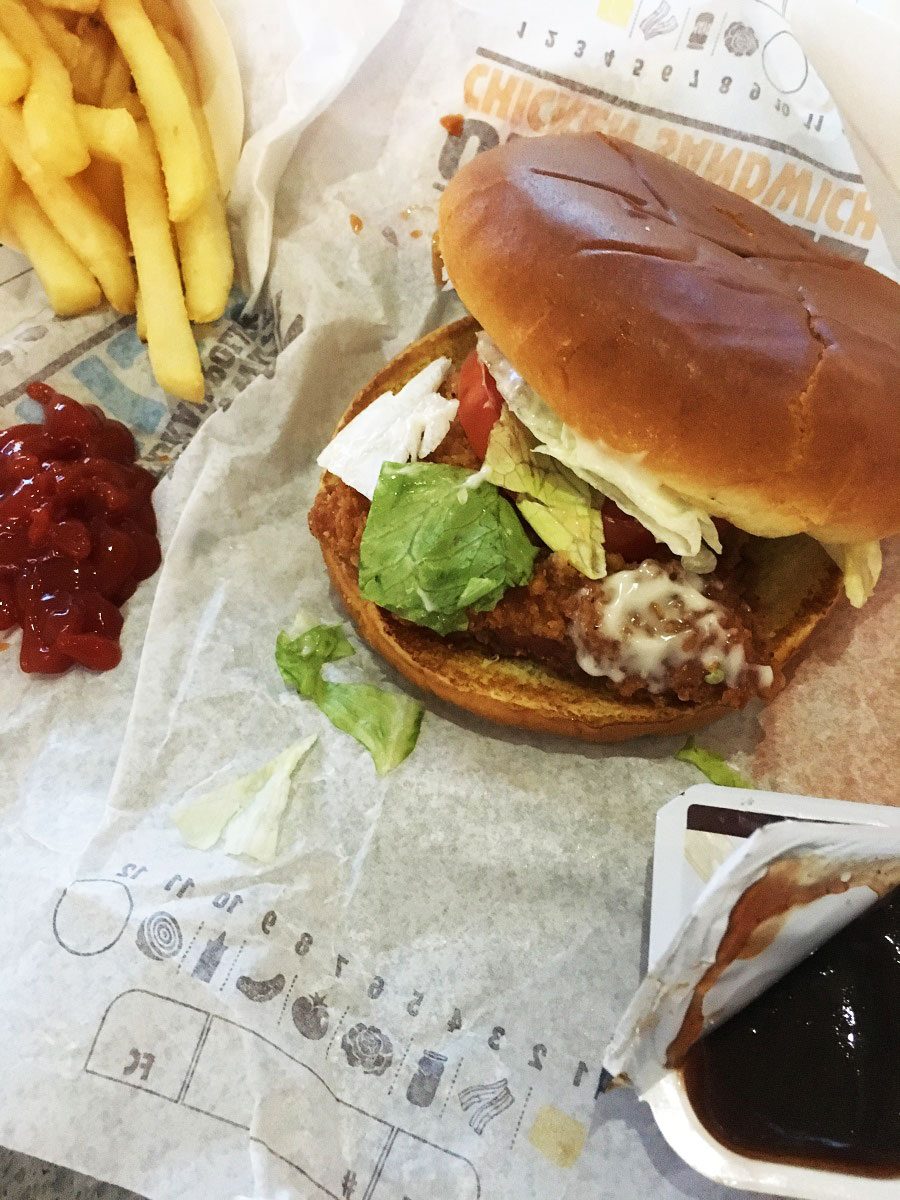 Initially, all I wanted was breads, crackers, cookies. Gimme all the carbs, I pictured the little one screaming. I ate fast food (can’t remember the last time I had Burger King), frozen pizza, french fries, wings, loads of ice cream. No shame because it’s what my body needed at the time.

I felt like as a dietitian, I’d be sure to get enough veggies in. Ha! Your body really dictates what you do and don’t want.

I feel pretty lucky that I missed out on the morning sickness that everyone talks about. There were some days I felt a little nauseous. But they were, few and in between. I’ve pretty much maintained my normal appetite and haven’t had to worry about skipping any meals.

I came home with cupcakes from a local bakery one day (obviously needed to involve food, right?). I spelled baby out and put it in one of the cupcakes and had the positive pregnancy test beside it. Ed’s reaction was really cute, surprised but so happy. 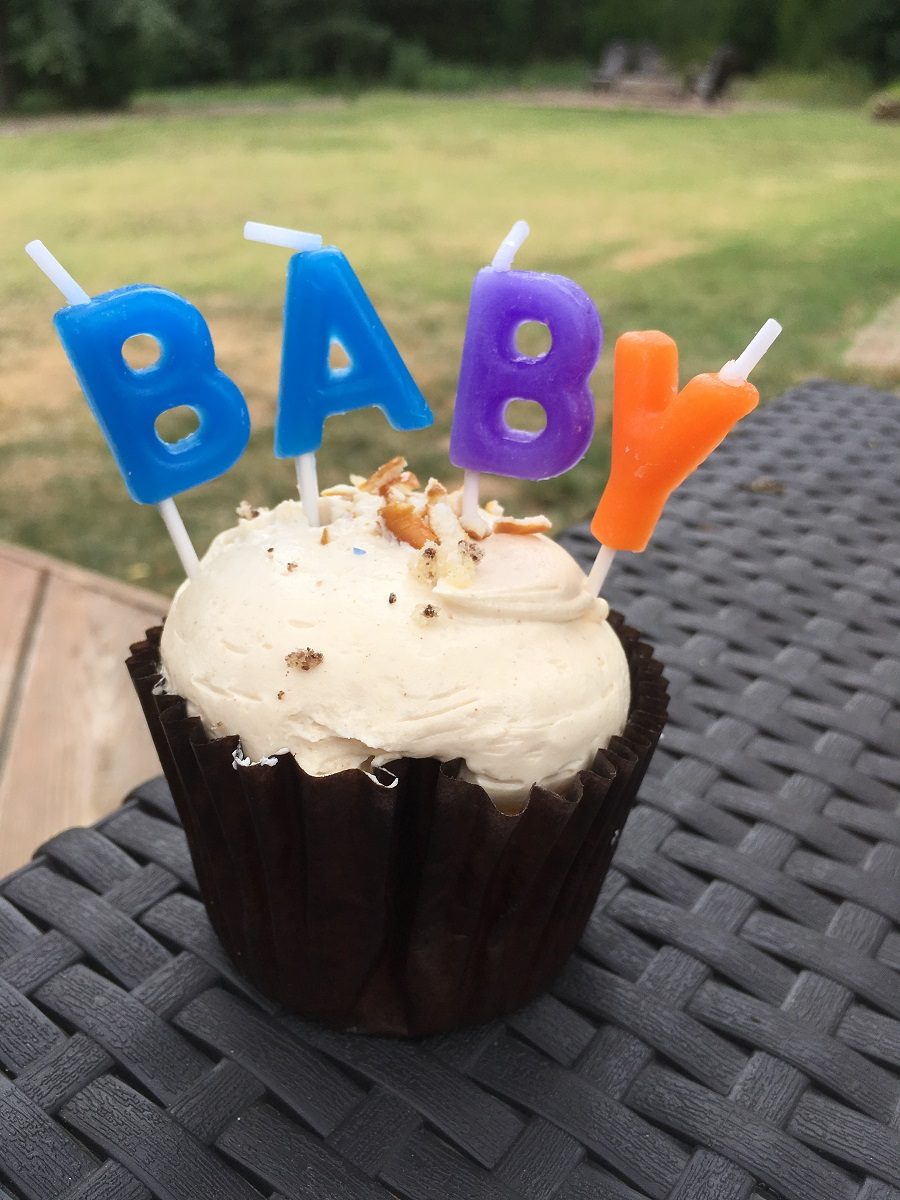 We kept it a secret for a while just between us. We ended up telling our parents pretty early, though, because we were driving up to Rhode Island for a week and we had no idea what my symptoms would entail at that point (Would I have morning sickness all day every day, would I be so tired I wouldn’t be able to do anything?)

Luckily, those extremes weren’t the case. We told my siblings in September, when we went up to Block Island for the weekend. So yes, part of the reason behind that trip was to run the 15k (We’ve had that planned for a year), but the bigger part was to tell my siblings since they would all be there. We told them through scrabble, which was so funny to see their surprise and reactions. 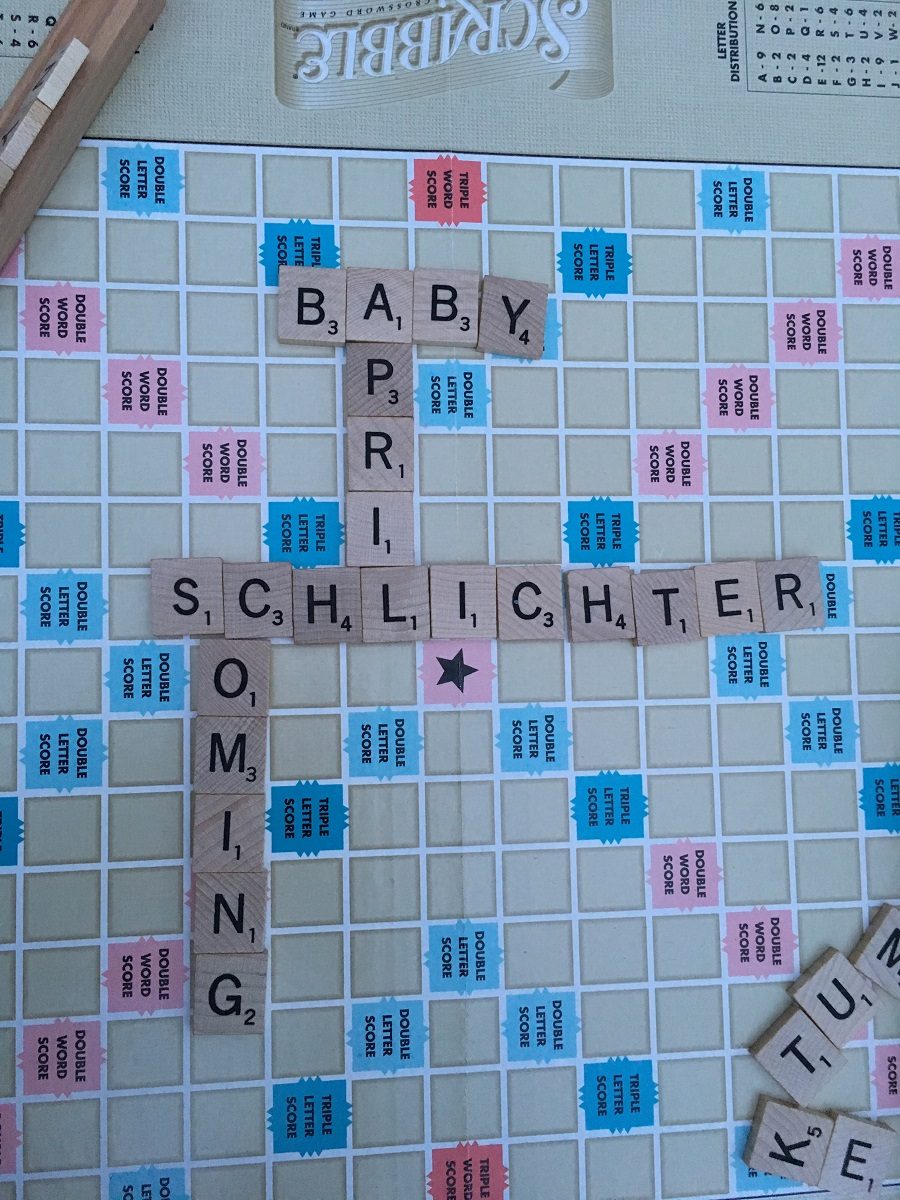 We kind of told our close friends sporadically, sprinkled throughout when we would see them. It feels good for it all to be publicly out in the open, though. It’s been hard keeping it a secret from you guys! There have been so many instances where I’ve wanted to just tell you what I’ve been craving, or share some of the stories behind food choices, but now I can going forward. I’m curious to know if any of you had any idea?

This is how we shared via Facebook. We had to include something running-based because it fits us well. I just loved Tater’s excitement in this first picture so we had to use it. We used Tiffany Lang as our photographer, for any of you local in the Charlotte area. Happy to share her info! 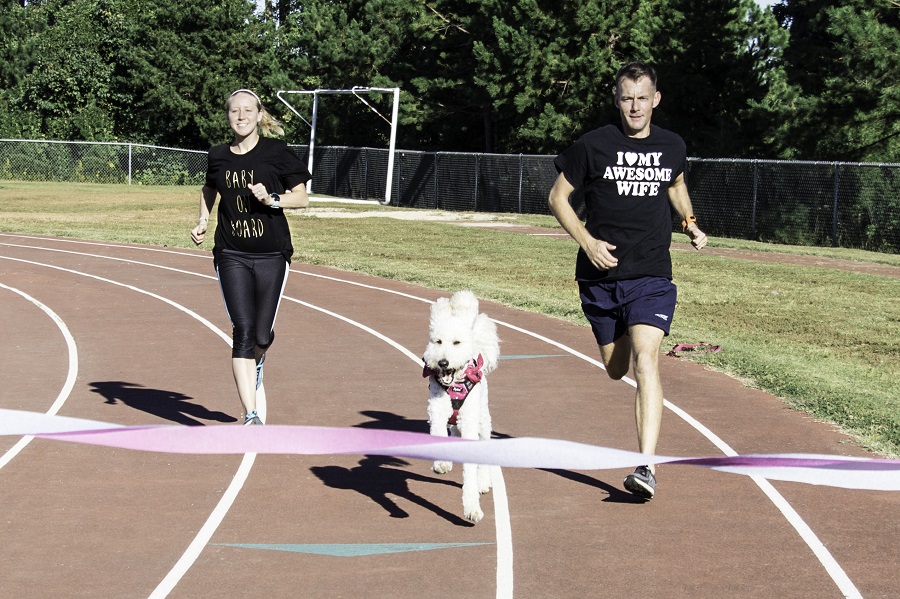 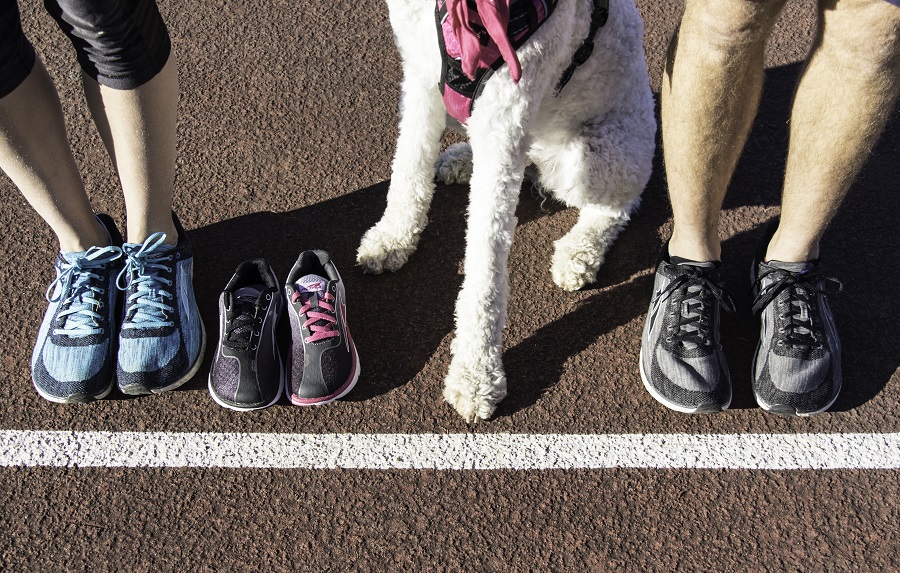 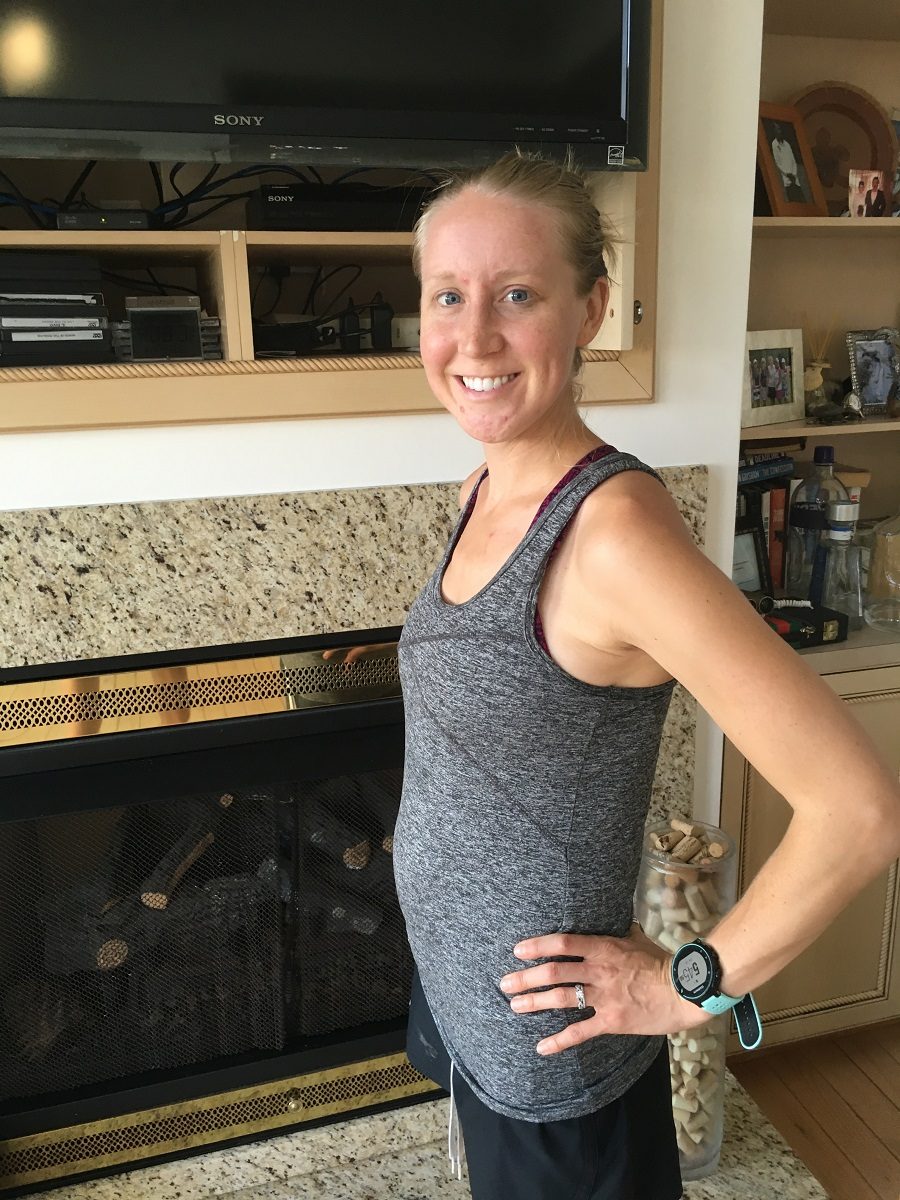 So, you’re probably wondering what that means for the blog. The blog is still going to revolve around nutrition, intuitive eating, running, fun and lifestyle. I enjoy sharing snippets of life with you guys. I’m happy to share more details along the way if you have interest in the pregnancy journey.

Thanks for stopping by today and for reading the blog 🙂

47 responses to “The Secret I Haven’t Told You”