Morning! I hope you had a wonderful weekend. I took the day off from clients on Friday so we could look at some daycares. To me, it seems super early but everyone says the wait lists fill up quickly and this is one thing to start early. So, no harm in reaching out and learning. We’ve seen a few, which is helpful in comparing and figuring out what we really like!

Then, I took myself to lunch at McAlister’s Deli. I was craving a sandwich, and it was a special day where club sandwiches were only $4.00! 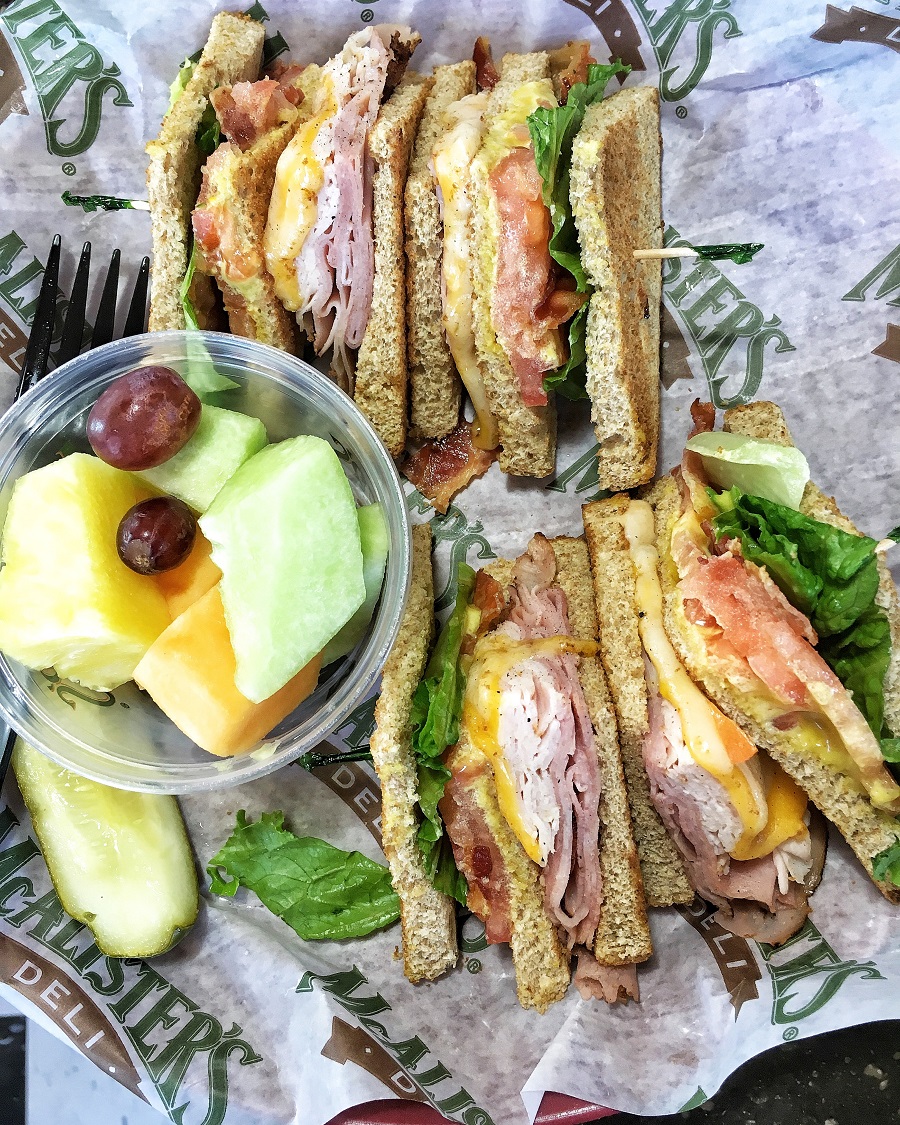 Then, I worked on some freelance projects and responded to some emails throughout the afternoon. My brother was in town for a wedding and stayed with us for the weekend, so I picked up some things at the grocery store.

Once I got home, I went for a quick run and got started on dinner. I made this recipe and it turned out delicious. I added tortilla chips to my bowl for some extra crunch. 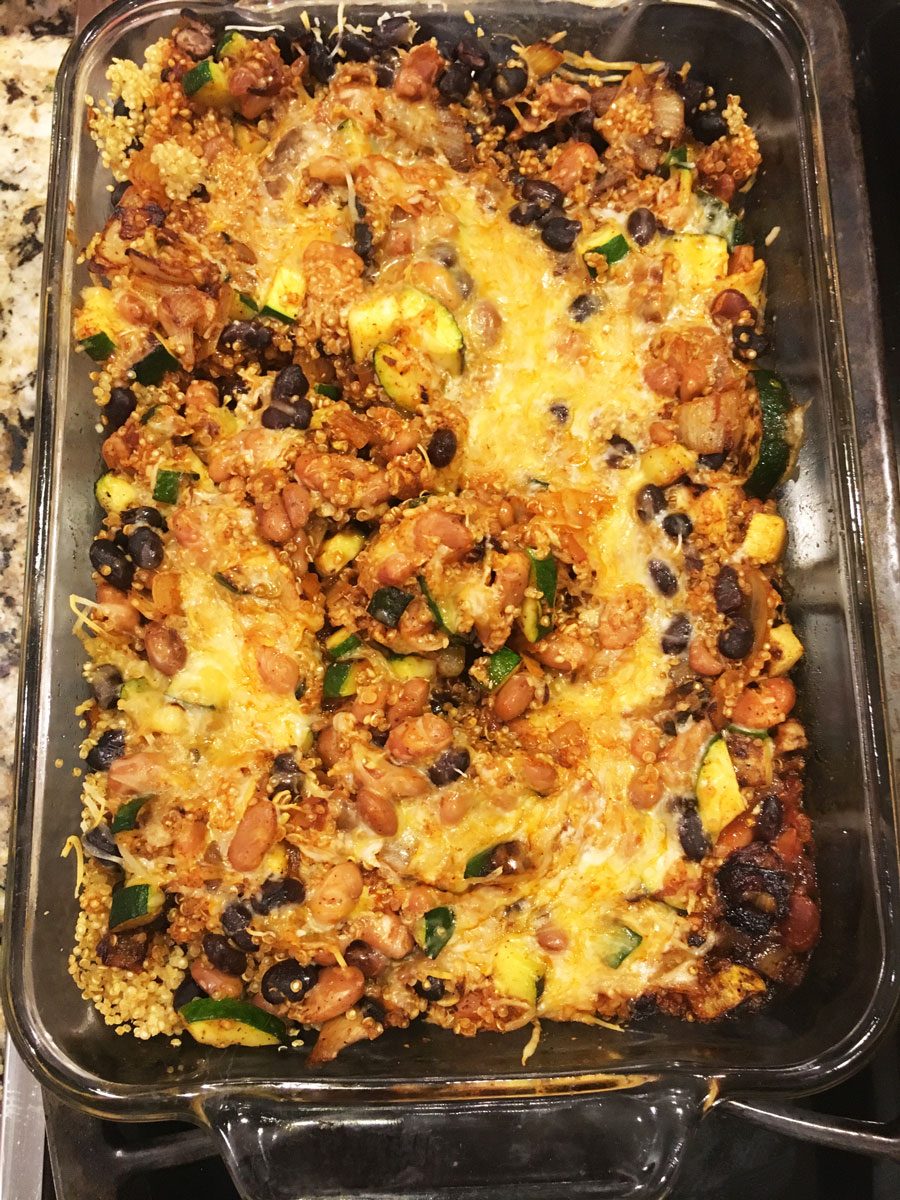 For dessert, I made Alexis’s cookies (my favorite) and added them to some ice cream. We parked ourselves on the couch and watched “Unexpected” on Netflix, which was cute because I could relate to so much of the movie (not the title though, LOL). 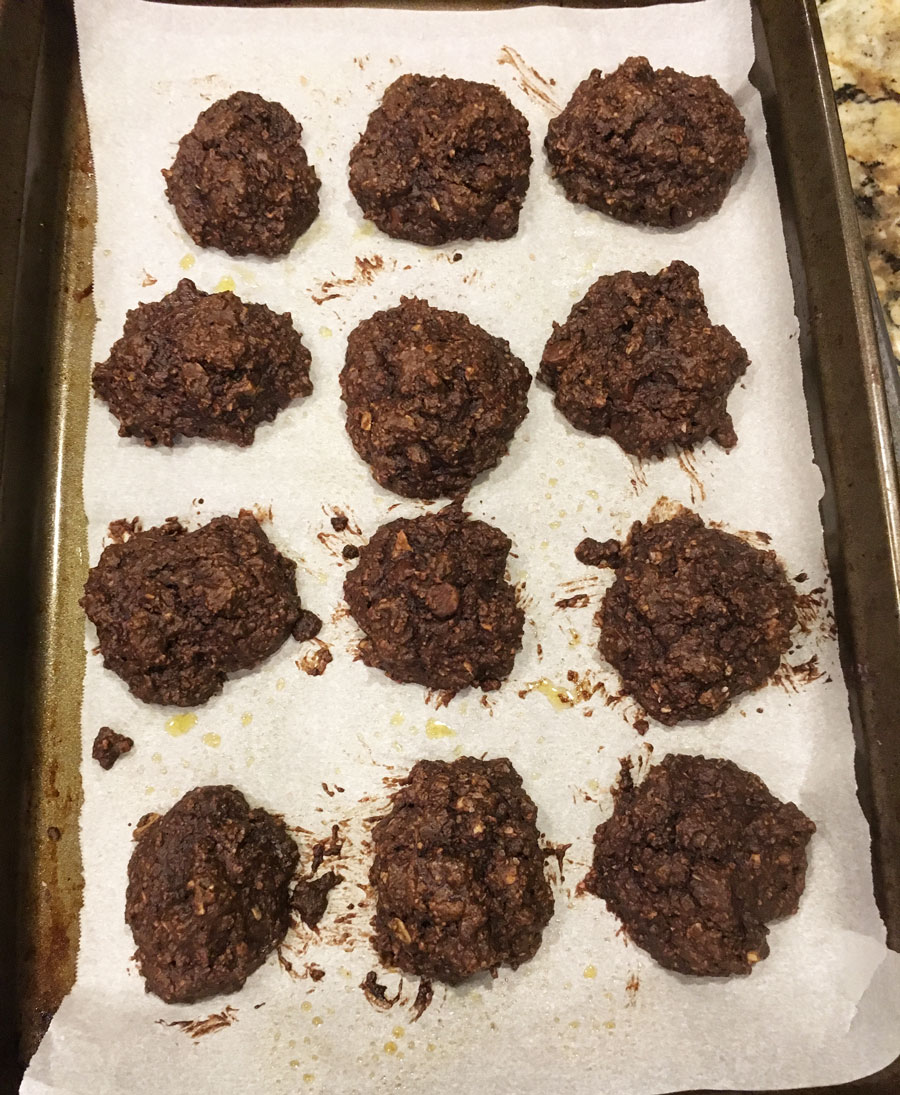 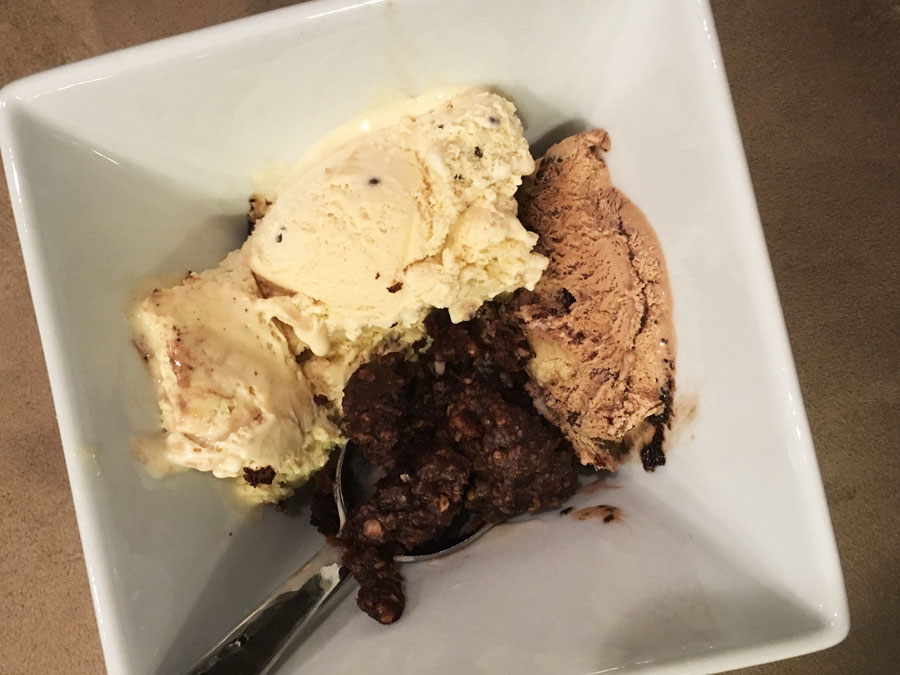 On Saturday morning, I had some clients, then picked up a few things for South Africa. Less than two weeks until we leave! I came home and made lunch for my brother and me – rotisserie chicken, skillet sweet potatoes and some sauteed kale. 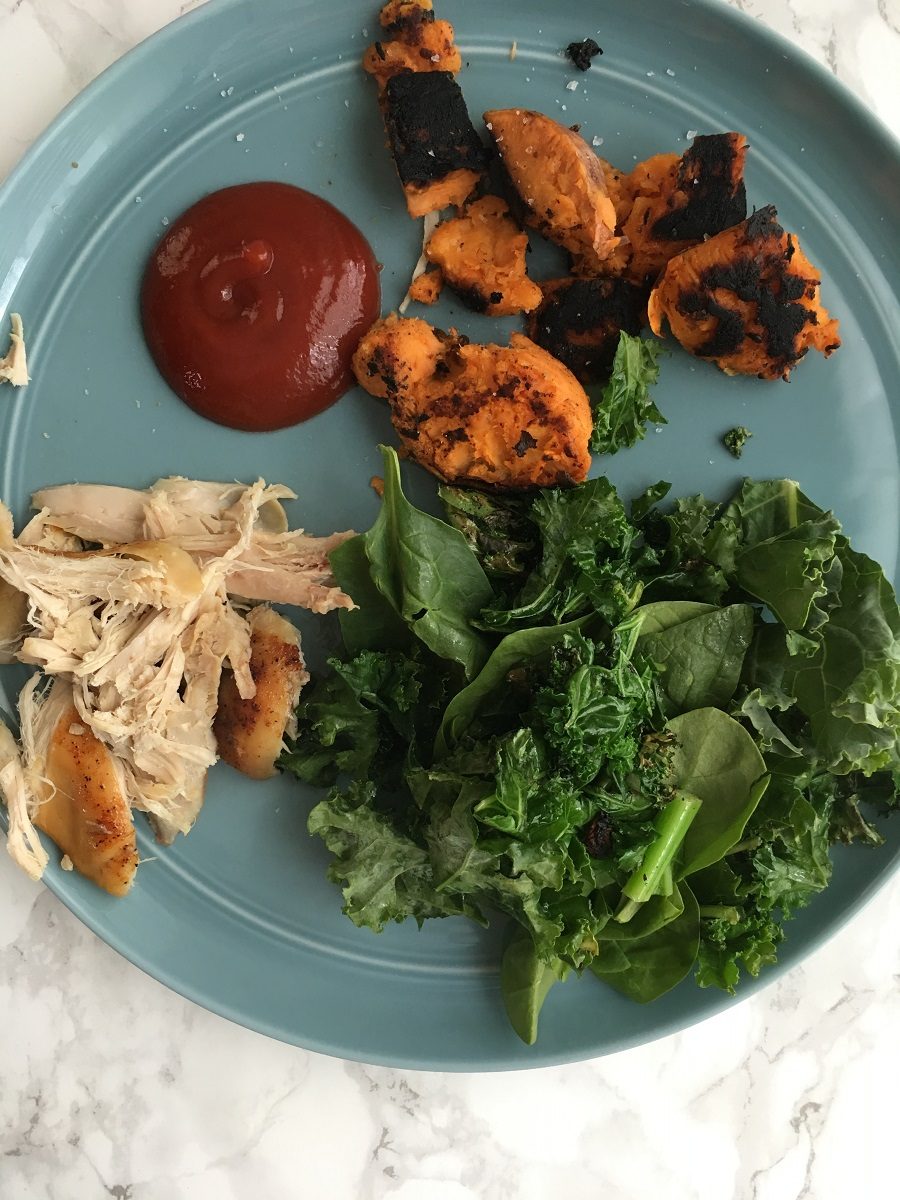 Then, my brother got ready to head to the wedding (he was playing the opening music and first dance song), and I spent the afternoon doing some holiday recipe testing. Ed and I then worked on cleaning some of the guest rooms. We’re currently trying to decide which of the 3 guest rooms to use as the baby room. I am a visual person and feel like I need some baby room inspiration before I decide what to buy and how to set up. So, started a baby Pinterest board.

I looked through some old pictures from college and my boxes of baseball cards. I just can’t seem to throw those away. Anyone else collect baseball cards when they were little?

I got hungry and took a break to make some pizza. Trader Joe’s pizza dough is one of my favorite grocery finds, especially since I love pizza so much. We topped it with mushrooms, kale, spinach, roasted red peppers, chicken and barbeque sauce. 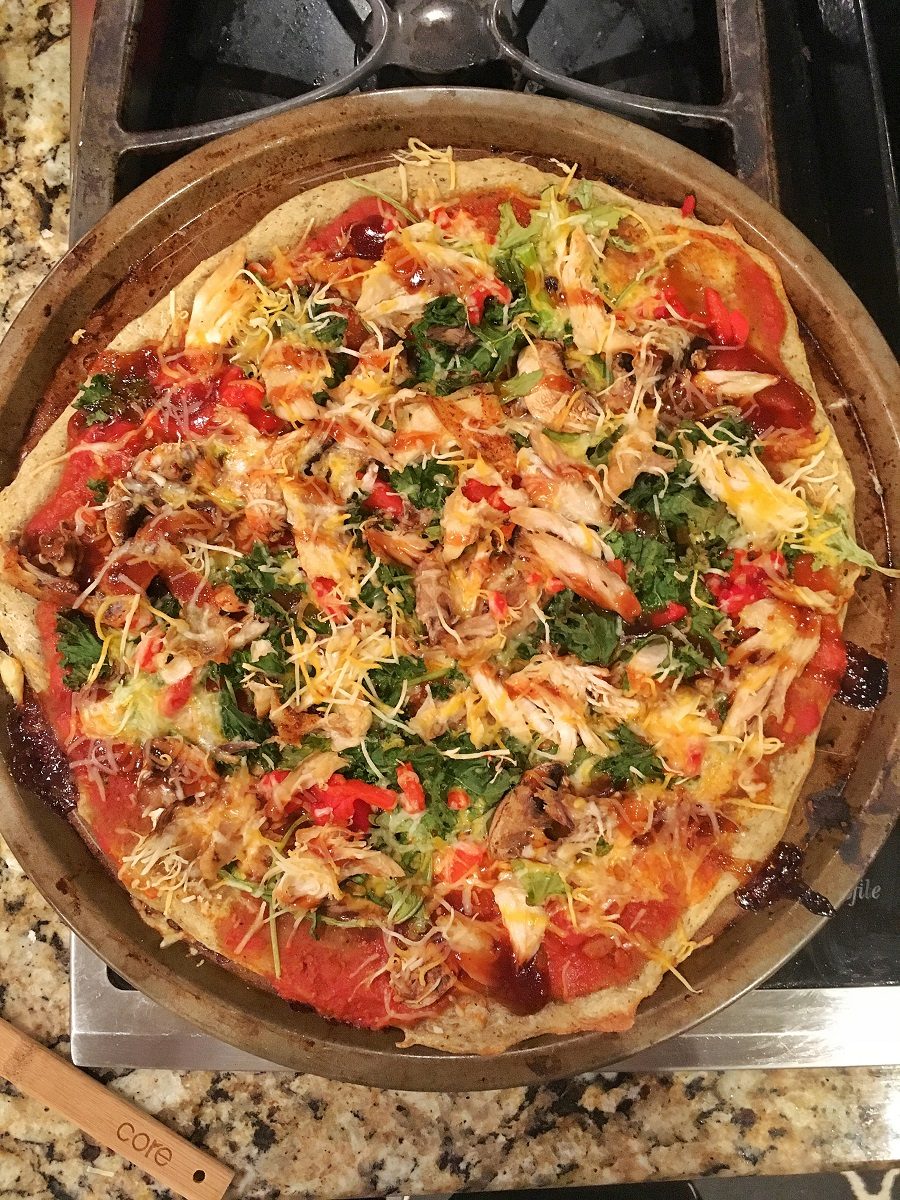 Sunday started with some cinnamon buns and the New York Marathon. Shalane was amazing, what a performance! An American woman hadn’t won that marathon in 40 years. 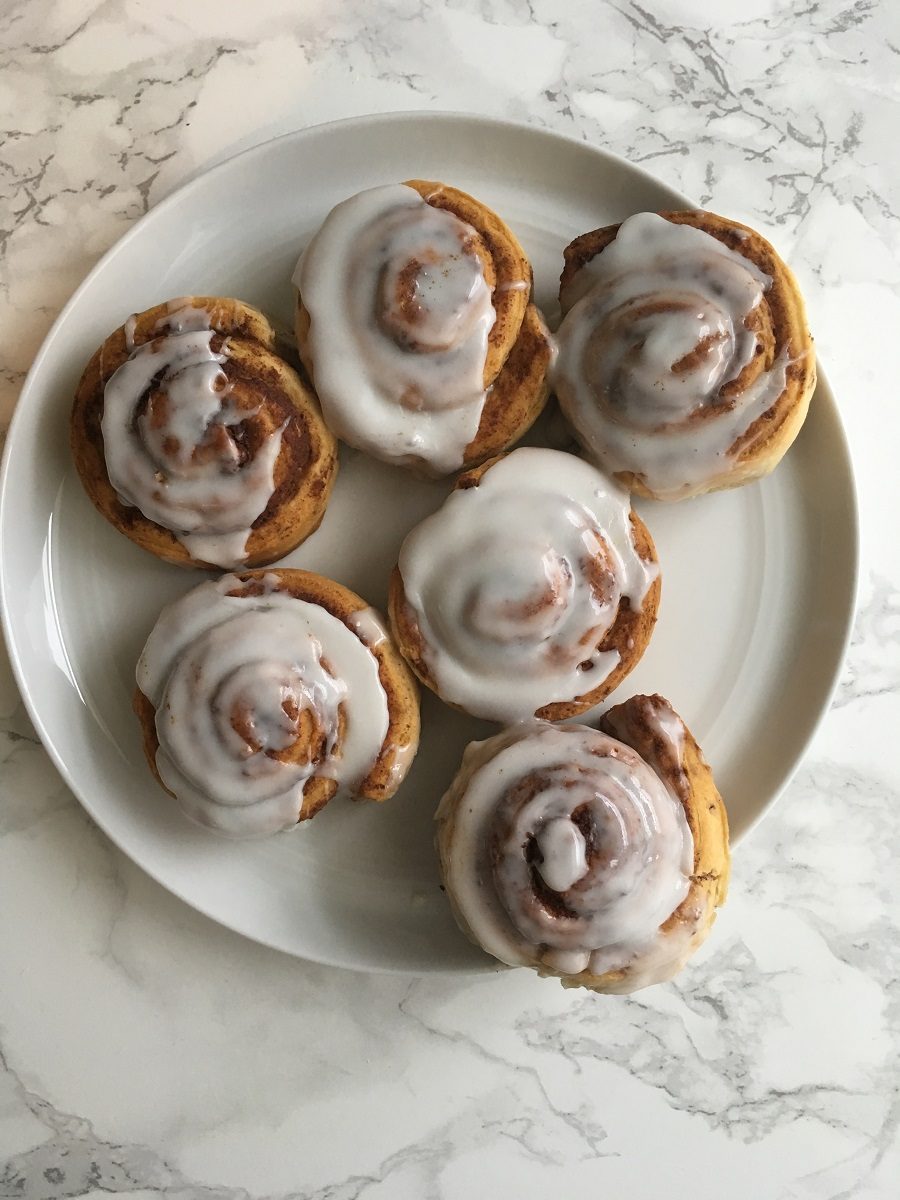 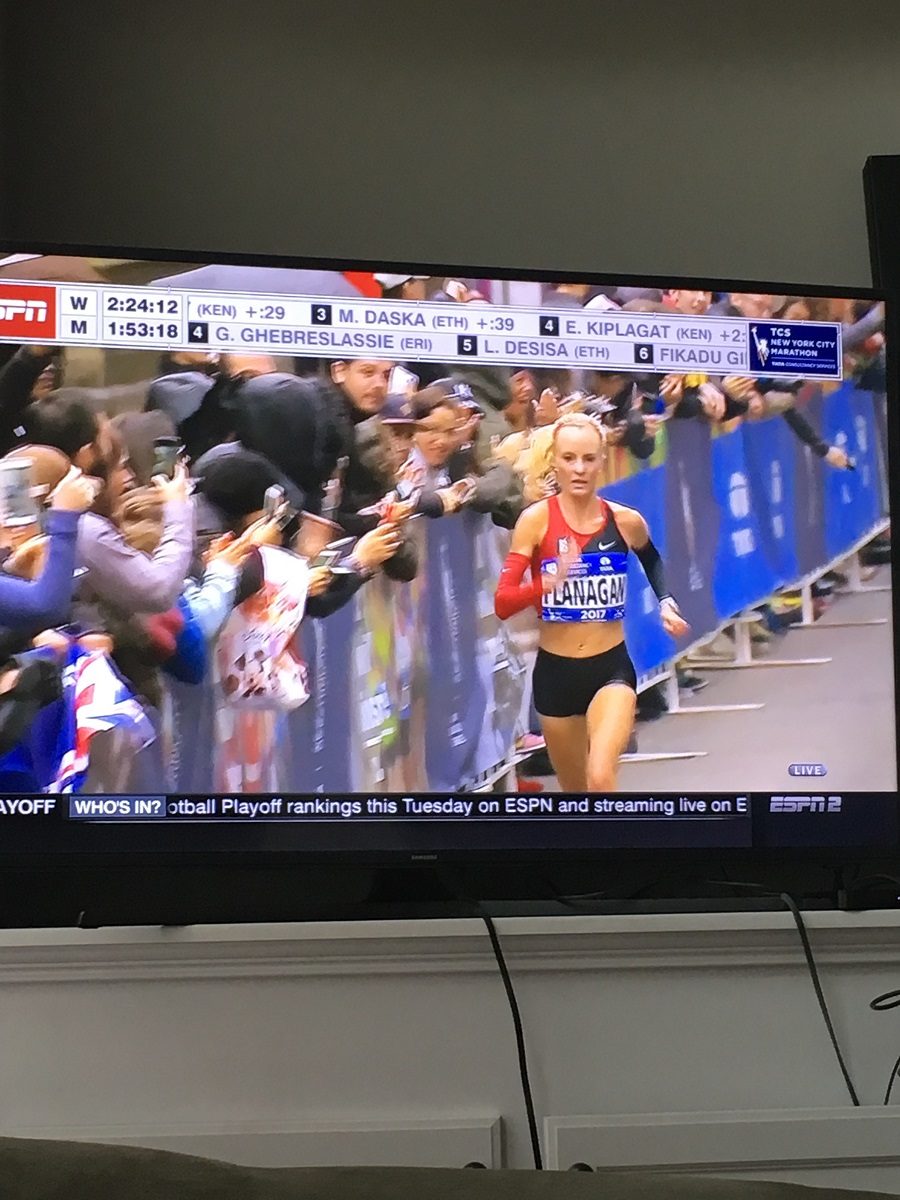 The rest of the afternoon included taking Tater to the dog park and getting some more stuff around the house done. We took our Christmas picture, too! I hope you had an enjoyable and/or relaxing weekend.

Did you used to collect anything when you were little that you still have now?

21 responses to “Weekend Eats and Recap”