I seriously don’t know how it’s been 4 months since I’ve done an update (the 12 month update).

The last few months have flown by – it seems like we just threw her a one year party. I know the move has contributed to things feeling all kinds of crazy, and I finally feel like we’re starting to settle in. 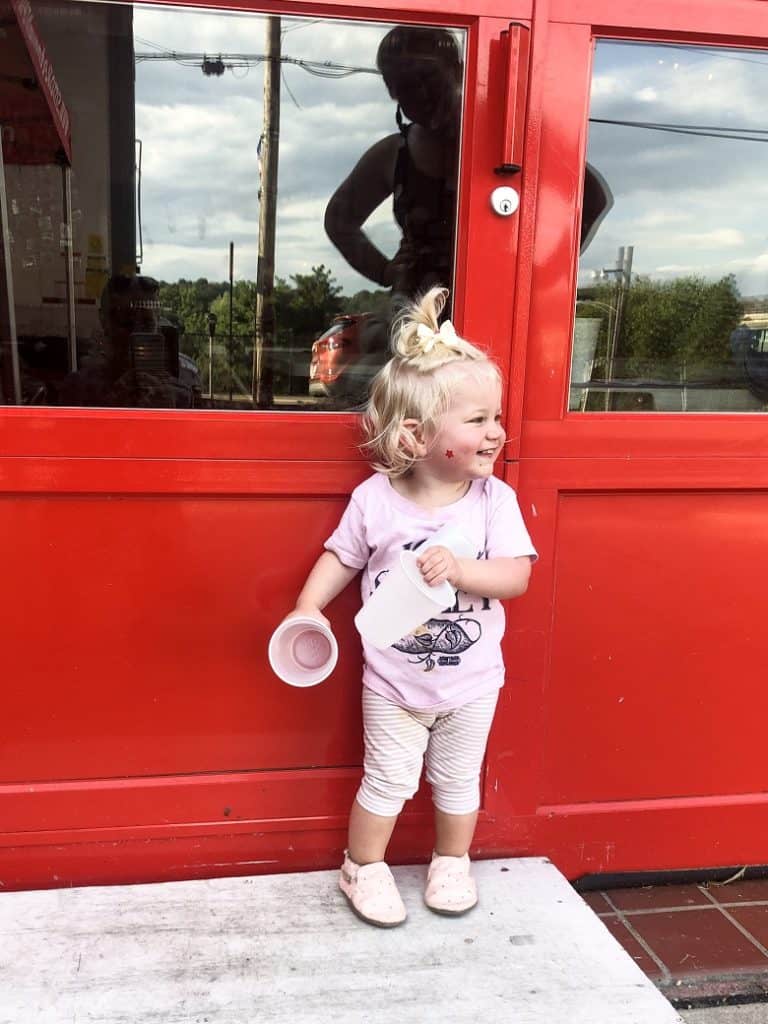 I’m not sure how many more of these I’ll do. I think I moreso enjoy just weaving Camryn’s personality traits and such into daily posts but if you guys like them, I guess I can continue to do more?

I do like being able to look back and read about things I may have forgotten.

Camryn is the perfect mix of sweet and sassy. She’s quick to give hugs and kisses and will smile and laugh all day long. I can’t get enough of those giggles. But, she also has a stubborn side and a sassy way to her when she doesn’t get her way. She doesn’t like the word, “no,” and she’ll let you know about it.

If she does something she know I won’t approve of, she’ll just shake her finger at me and smile because she knows. 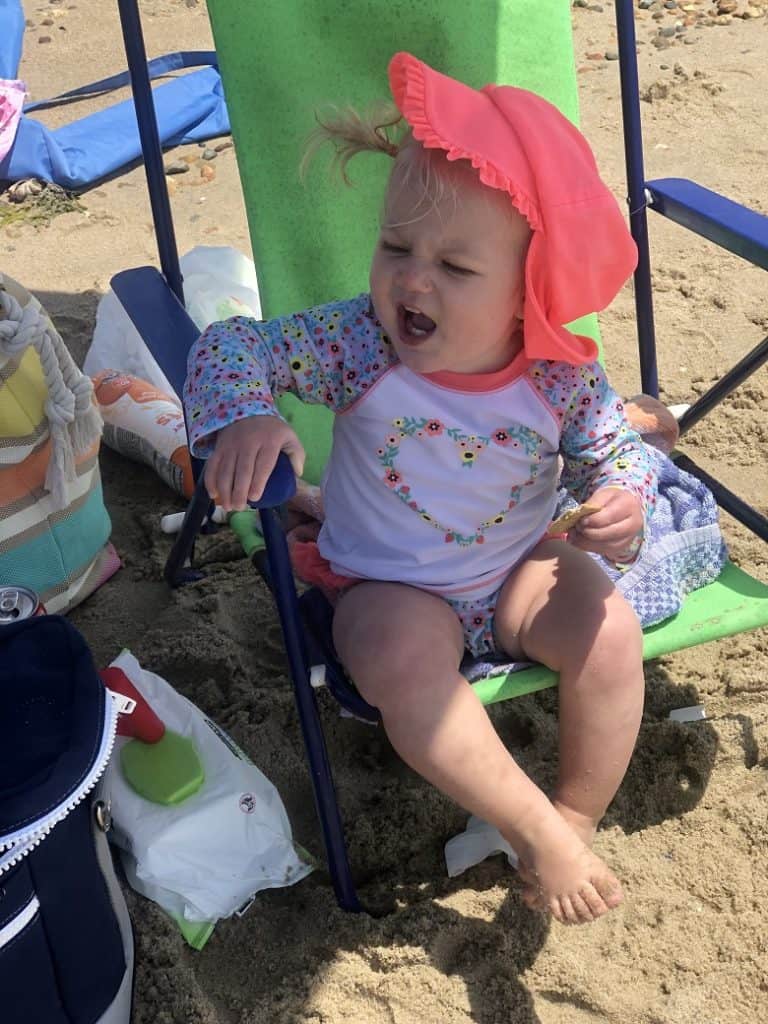 She doesn’t like not being able to do something. She’s extremely independent in that she has to do things for herself.

For example, I try to brush her teeth at night but she’ll sow her mouth shut until I give her the toothbrush so she can do it (we use these toothbrushes).

She really wants to do steps by herself. Rather than climbing up them, she’ll grab the railing and try to “step” up them.

Sometimes I just have to respect the girl – miss independence! 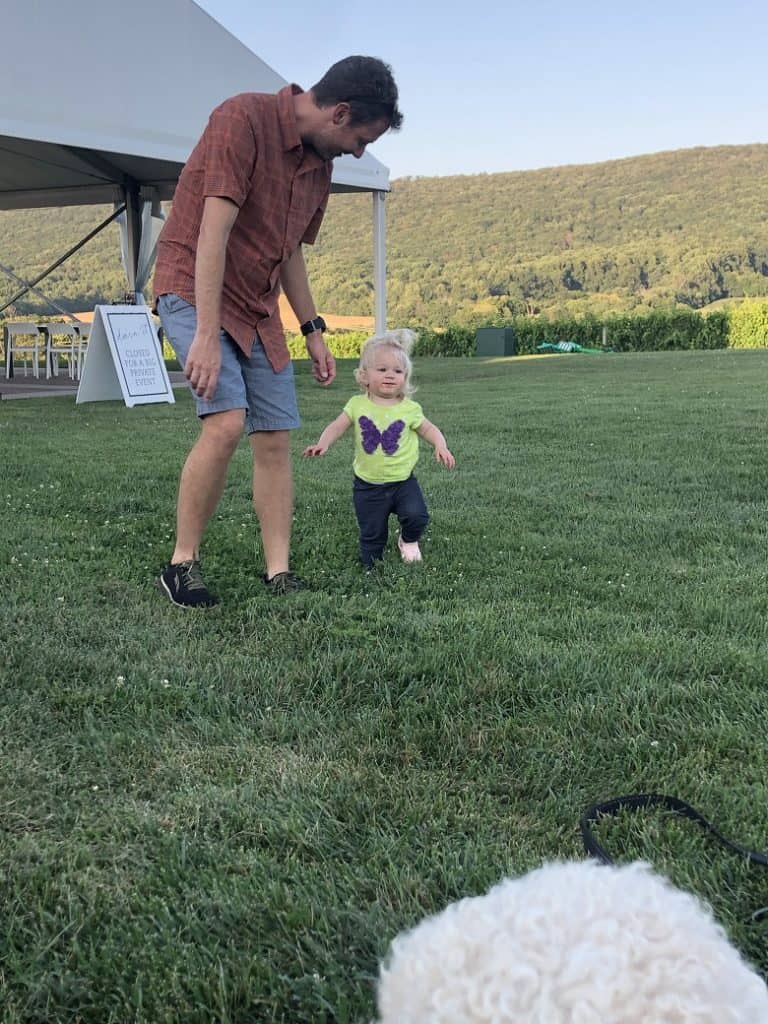 Camryn is very vocal and has 20+ words in her vocabulary. Of course, my favorites are “mom” (which she still says when she wants milk haha), “dadda”, and “eat.” She can repeat things pretty well. Recently, I’ve been saying “ow owww” and Camryn now says it on a regular basis.

She understands the words high chair, outside, car, can you throw this away, can you vaccuum, go down the slide, give tater a hug/kiss, go to the playroom, and take a bath.

We took Camryn to the zoo last weekend and she loved looking at the animals, especially the goats. She didn’t want to sit in her stroller but instead just wanted to walk around on her own.

It was good timing because they had a petting zoo at daycare a few days later and they said Camryn was the most excited of all the kids to see the animals. 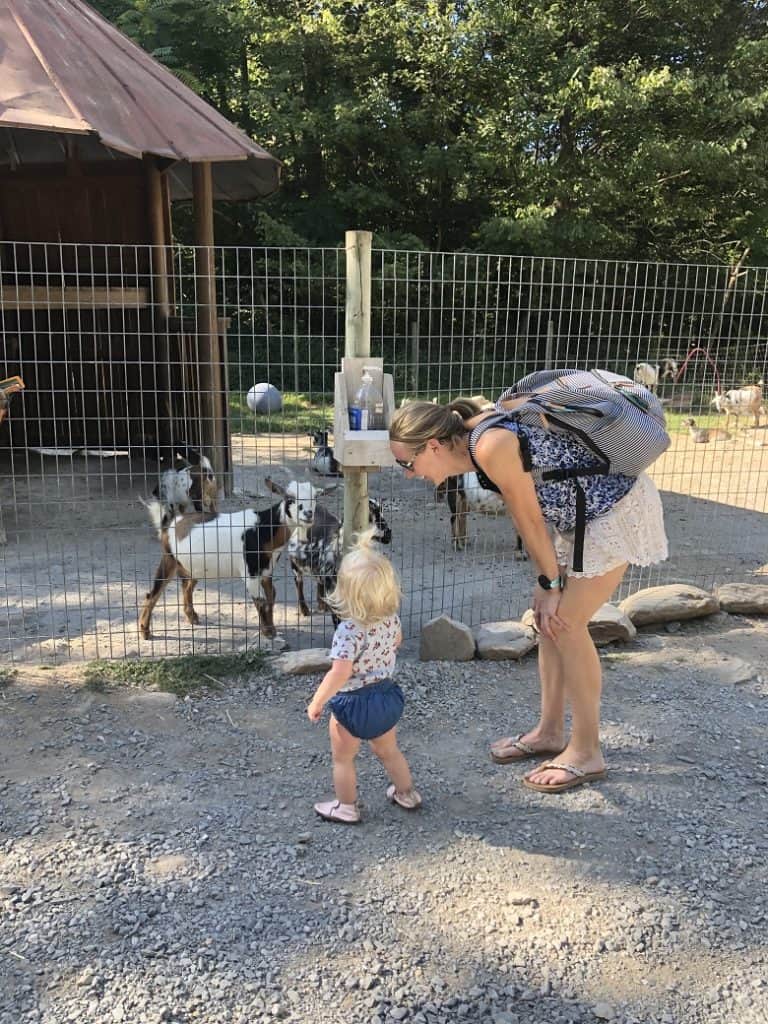 Camryn is a huge milk girl. We’re still nursing, usually in the morning, at pickup from daycare and before bed. I’ve pretty much weaned down all the other feeds, and I’m trying to start weaning more but Camryn is not interested in weaning.

I don’t mind the nursing at all, but I do think it would make my training and traveling without her much easier. I guess I’ll be bringing my pump to Chicago next week. 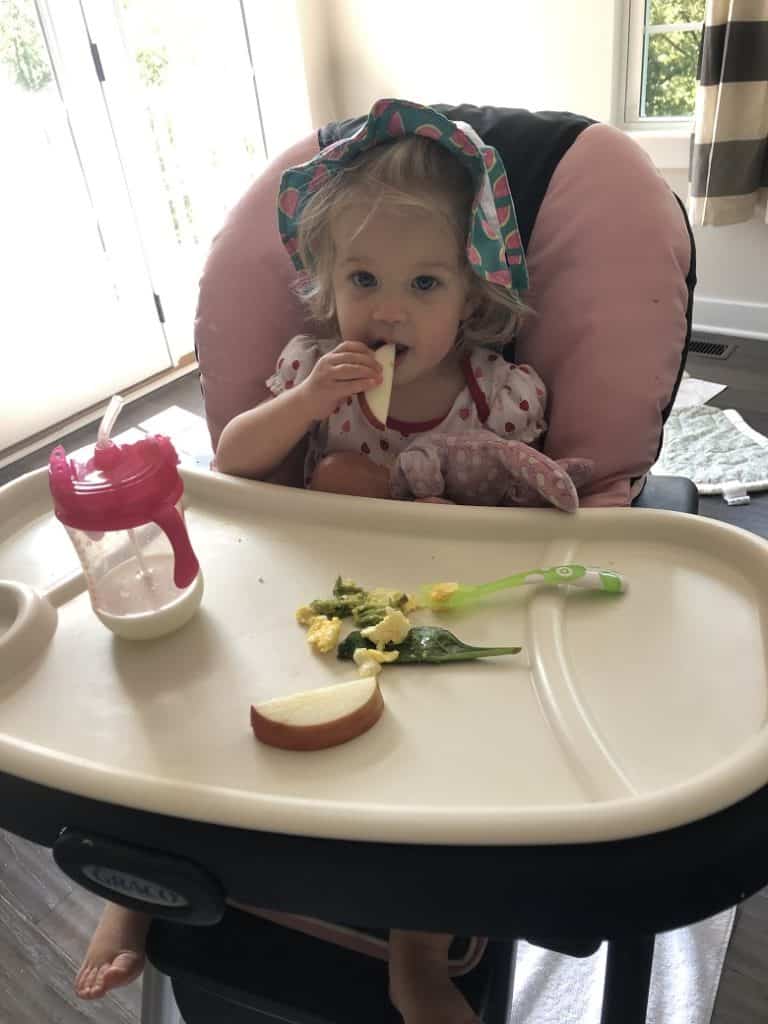 She’ll drink a little milk from her straw cup at daycare. She does great eating her meals there, which is a huge relief for me. Before daycare, she never really ate “a ton” at one sitting.

I tried not to worry about it or compare her to other babies, but she would be “all done” (hand signals) after a few bites. I figured daycare would help that as she would be seeing other kids eating and it seems like that’s been the case, which is a huge sigh of relief over here.

These Bentgo Boxes have been amazing for packing her lunches and I’m so glad I bought two. I just rotate them daily but it allows me to visually see the variety of things I’m packing for her.

Here are some of her toddler daycare meals! 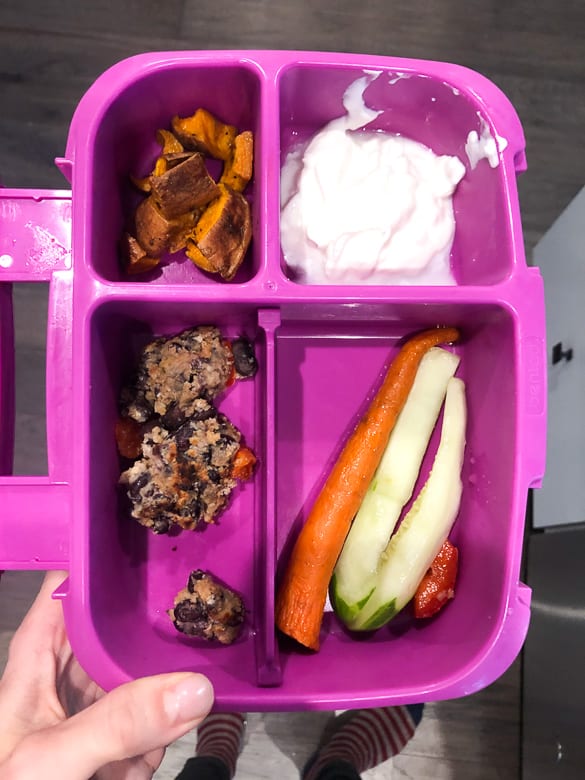 I’m so glad the transition to daycare has been so smooth so far. I was a little anxious about it and hoped it wouldn’t be a huge disaster but all is settling down.

We got burgers and fries last weekend at a local winery and the only thing she grabbed was the fries. This girl knows what she wants. 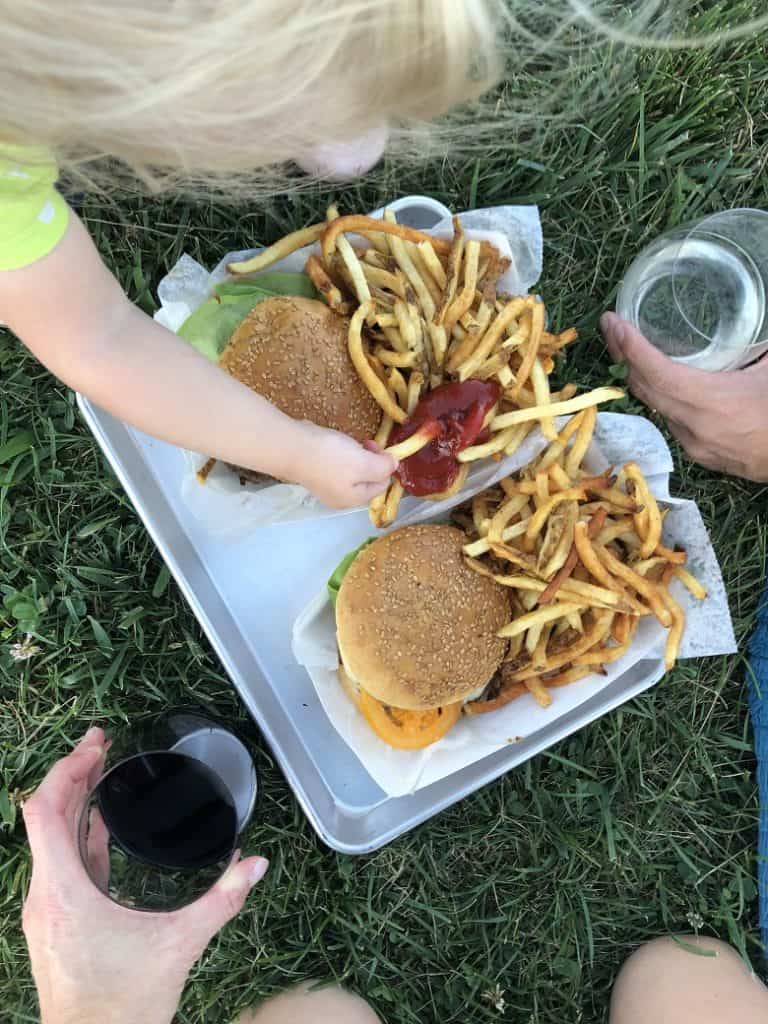 She continues to love throwing food off of her highchair to feed Tater. She thinks its hilarious, especially when she sees me starting to get frustrated.

She also loves to dump Tater’s water out on the floor and take handfuls of her dog food and drop them everywhere.

This is not one of my favorite stages in terms of messiness, but it still does make me laugh. I feel like I’m constantly taking a towel to water spills that Camryn has made. Poor Tater.

She had her first dentist appointment about a month ago and the dentist pointed out that all 4 of her molars were coming in at once – yikes. That explained some of the sleepless nights we were having.

We had a rough 6 week period where she had multiple night wakings – I thought some of it was teething but also just the transition of moving. She had been a 7-7 girl for the longest time. I think we’re back on a good streak now (fingers crossed). 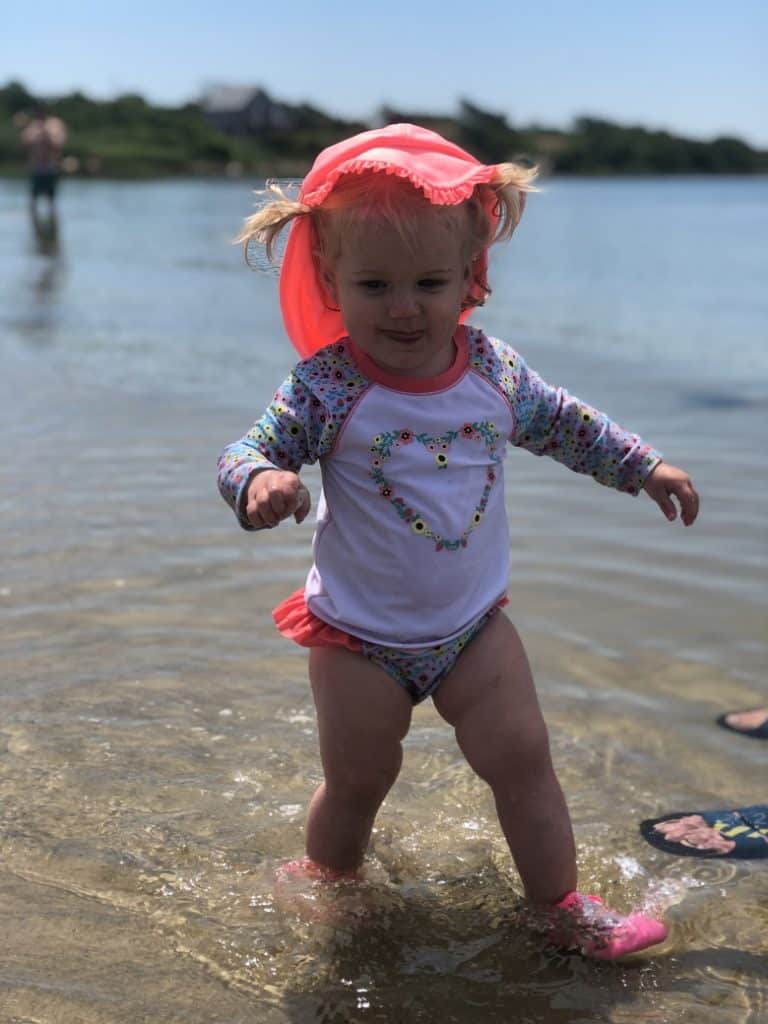 One of the biggest changes now is her nap schedule, too. We worked on switching her to one nap just before daycare started. Up until about 8-9 months (see 8 month update here), Camryn was an infamous “cat napper” and would only nap for 30-35 minutes at a time.

That eventually lengthened but now it’s 2-2.5 hours, which is a huge blessing. Honestly, I’m appalled she naps that well and long at daycare without her noise machine and with babies crying but hey, no complaints. 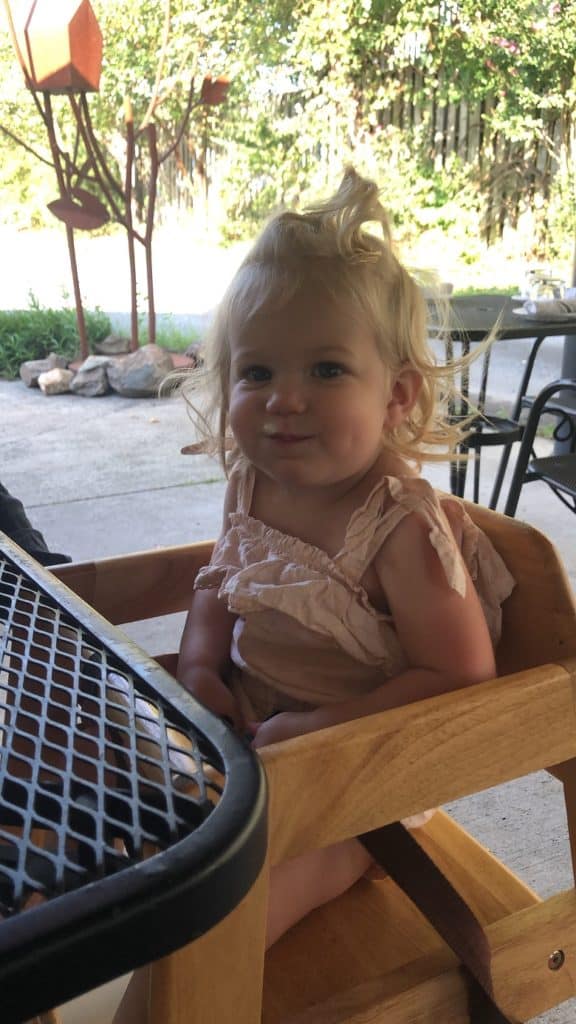 She loves being involved in the kitchen which I think is a good sign. She’s curious about what I’m cooking and wants to help. I just ordered this kitchen helper for her so she can actually stand next to me. I plan on giving her small “chores” to help with.

Like I may buy her some plastic utensils so she can practice cutting on a cutting board, and she enjoys mixing things now. So exciting thinking about the possibilities in the future with my little kitchen helper. 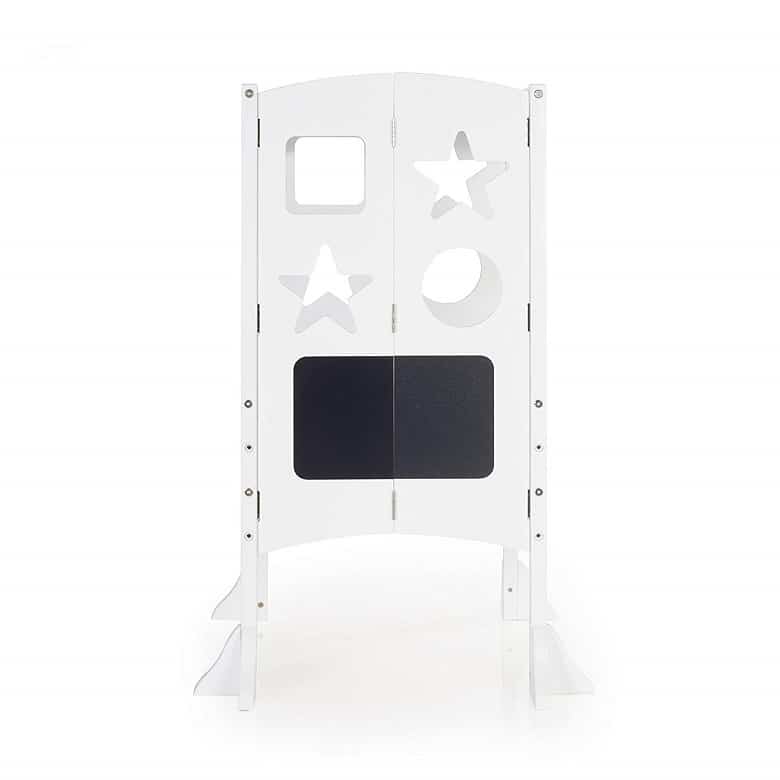 What are some of your favorite toys and gadgets for your toddlers?

7 responses to “16 Month Update and Favorites”