I can’t believe it’s been a few weeks since our trip to South Africa and Zimbabwe. If you’re still catching up, and you want to read about part 1 in South Africa, you can start here. Today’s post will focus on the few days we spent in Zimbabwe. 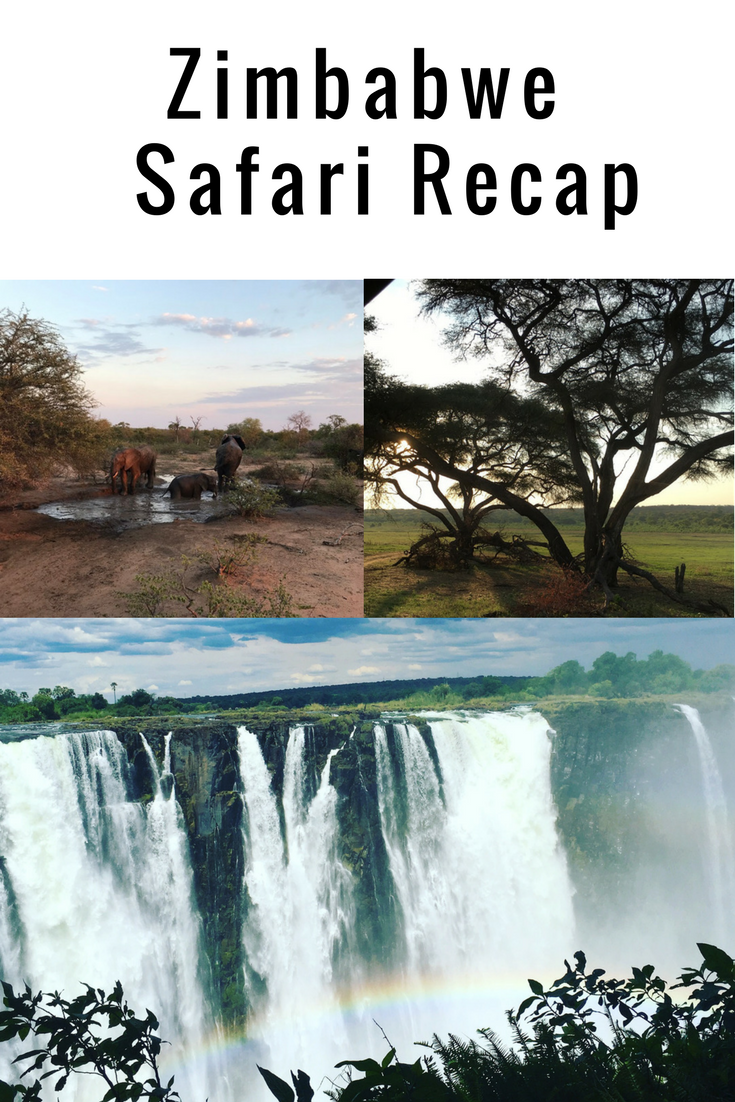 As part of our trip, we spent the first 4 days in South Africa. Then, our travel guide planned for us to spend the last 2-3 days in Zimbabwe, which is just north of South Africa.

I got really excited when I saw our travel plans because I learned we would get to see Victoria Falls. I was swooning over the photos of this majestic waterfall. 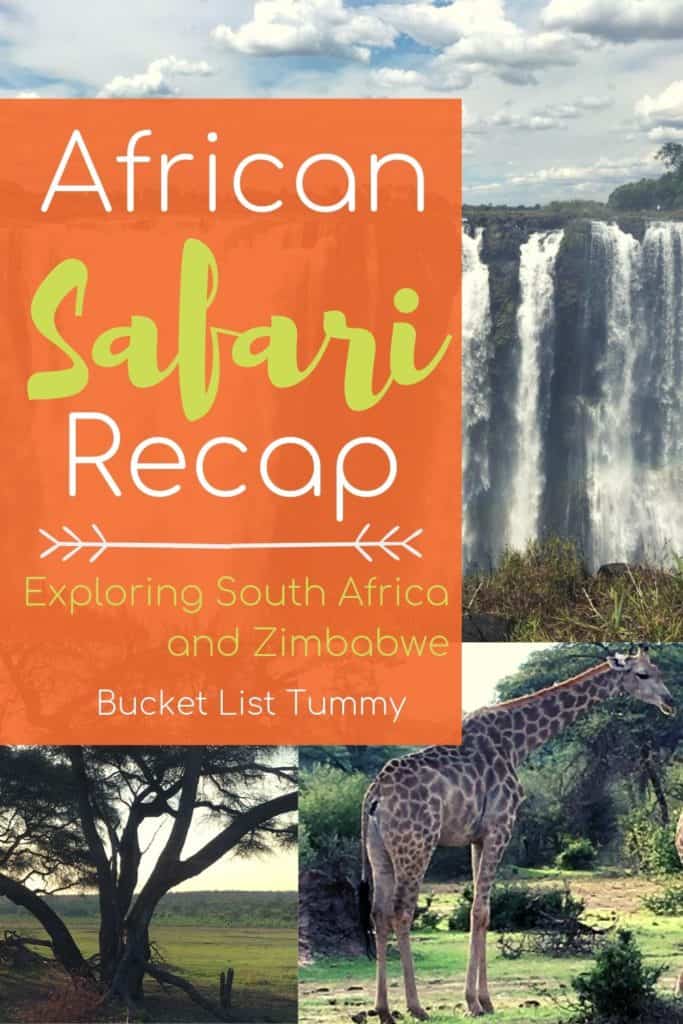 We had an early flight and ended up having some time to get breakfast in the South Africa airport. Most of us went with egg dishes and lots of coffee. And this delicious frozen hot chocolate made its way around the table. 🙂 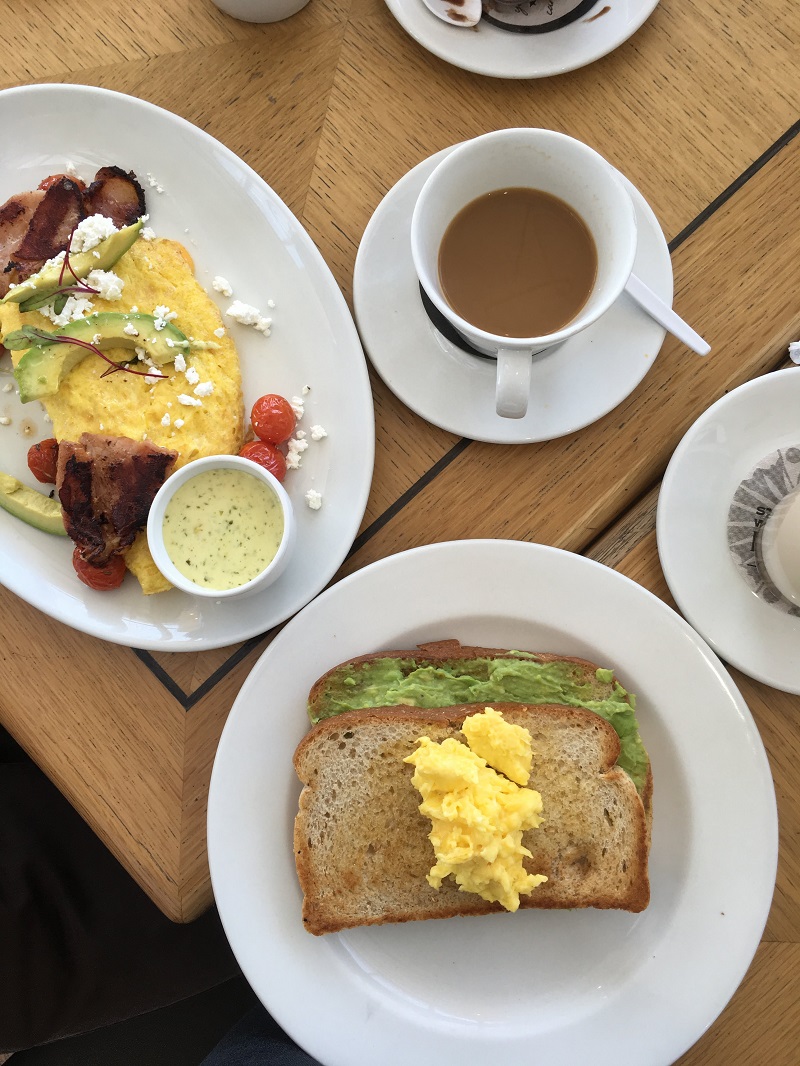 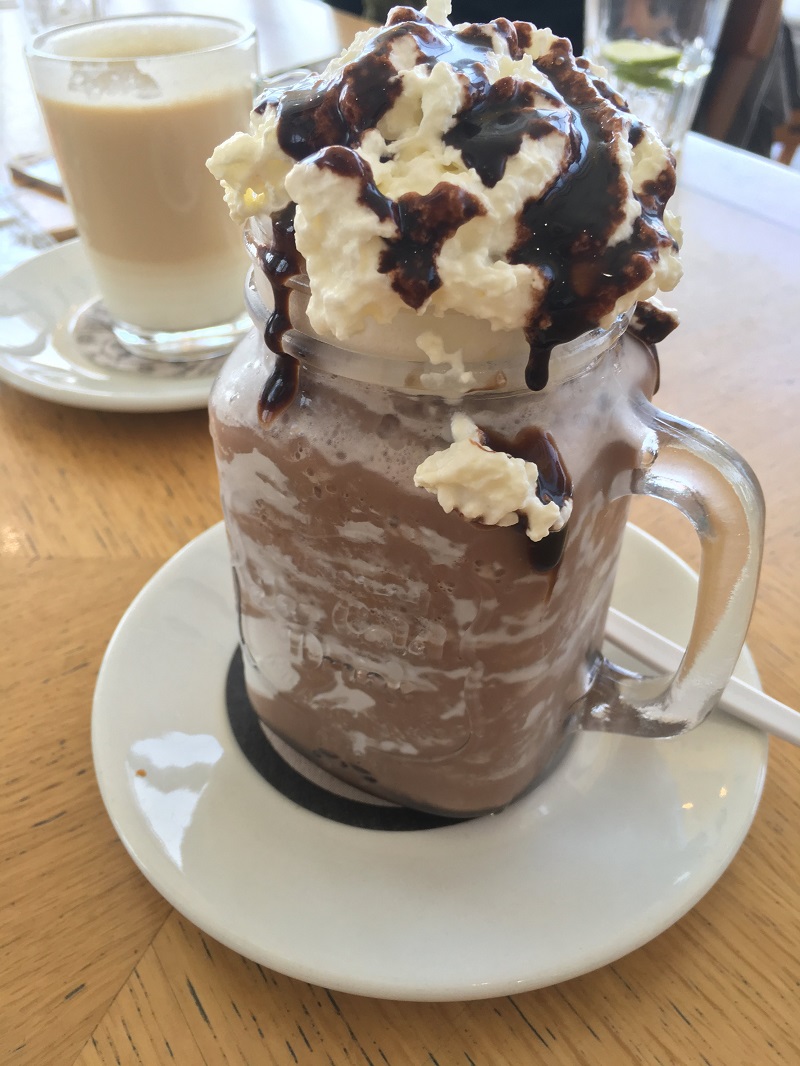 My overall first impressions of Zimbabwe were that it was much greener and less dry than South Africa. It’s weird to think about places meeting your expectations because they never really do. Like when I pictured Zimbabwe beforehand, I didn’t picture this beauty.

Our days were structured similarly, doing morning and evening safari rides. The place we stayed at had a beautiful view of the Zambezi River, the fourth-longest river in Africa. The reserve was HUGE – 150,000 acres. 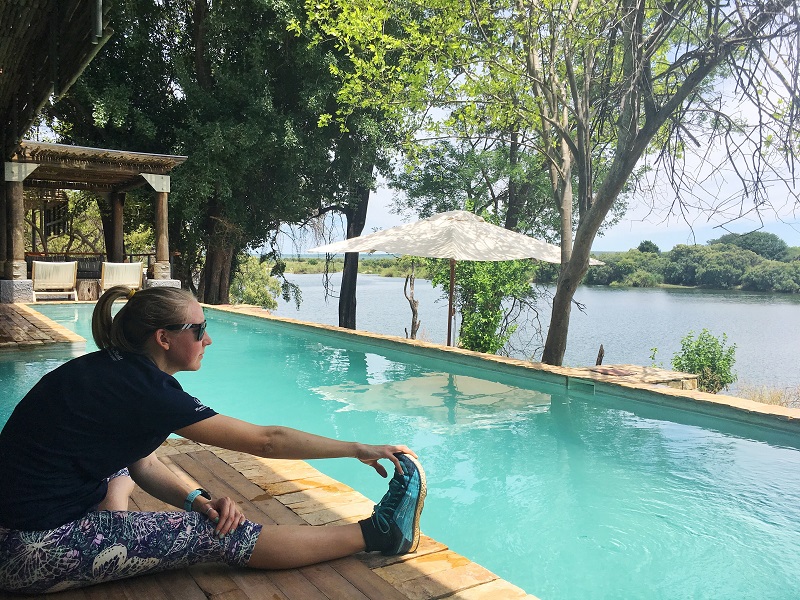 When we arrived, we enjoyed “high tea” and some delicious snacks before cleaning up and getting ready for our first evening safari. 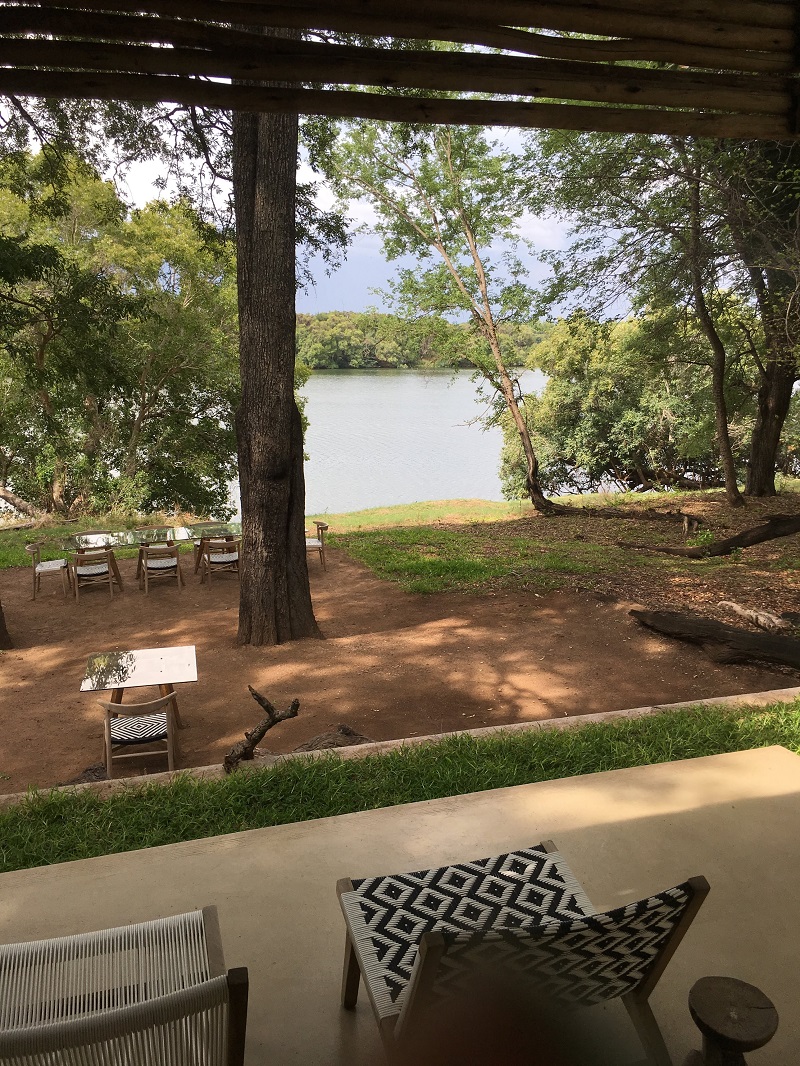 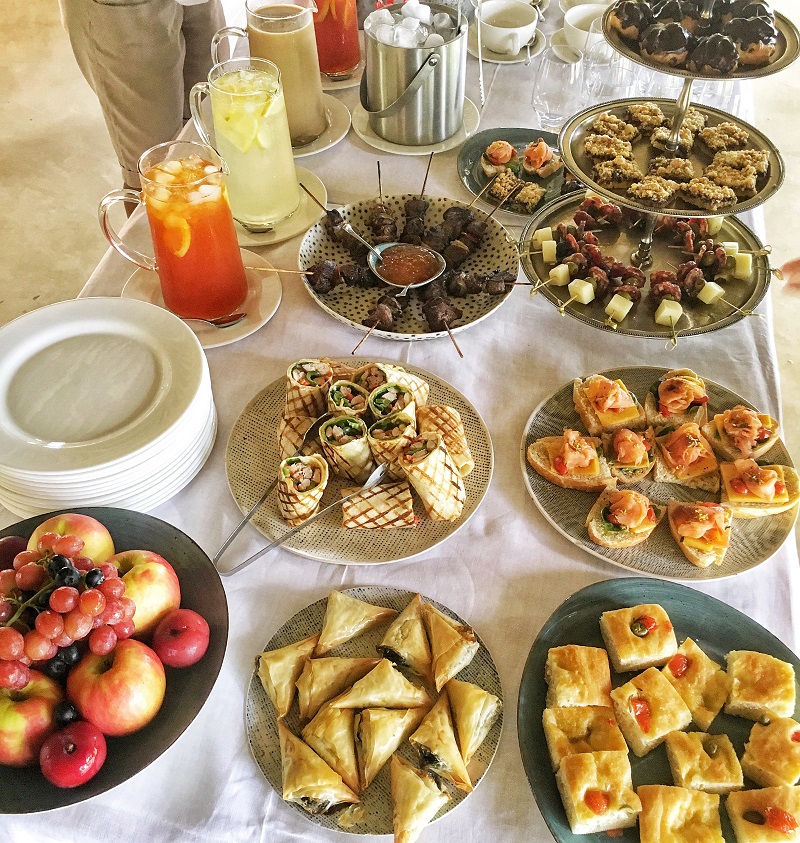 Our first safari ride was actually quite the experience, as we saw lots of wild life. The highlight was probably seeing two male lions in the dark. We heard them roaring and just stalked them for a good 20-30 minutes, as they started their hunt for nightly prey.

We didn’t see them catch anything, but just hearing their loud roars was both cool and terrifying.

We also saw many giraffes. I am so shocked at the flexibility they have, and we joked that this was like giraffe yoga. 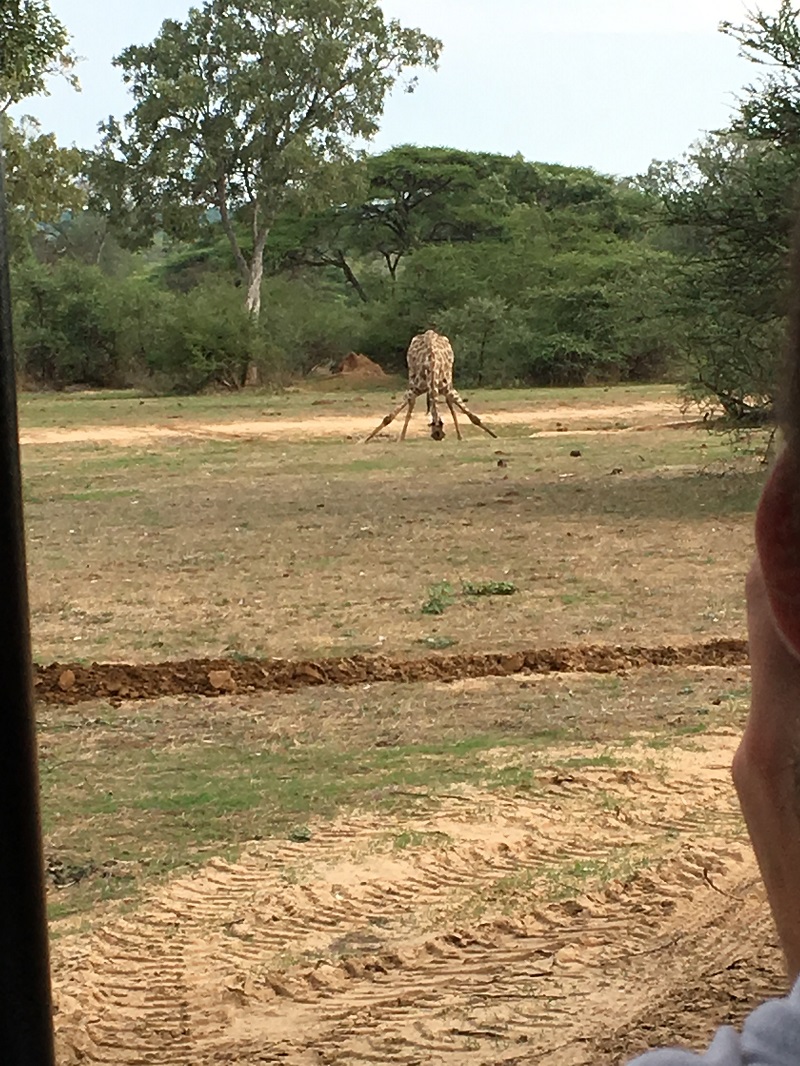 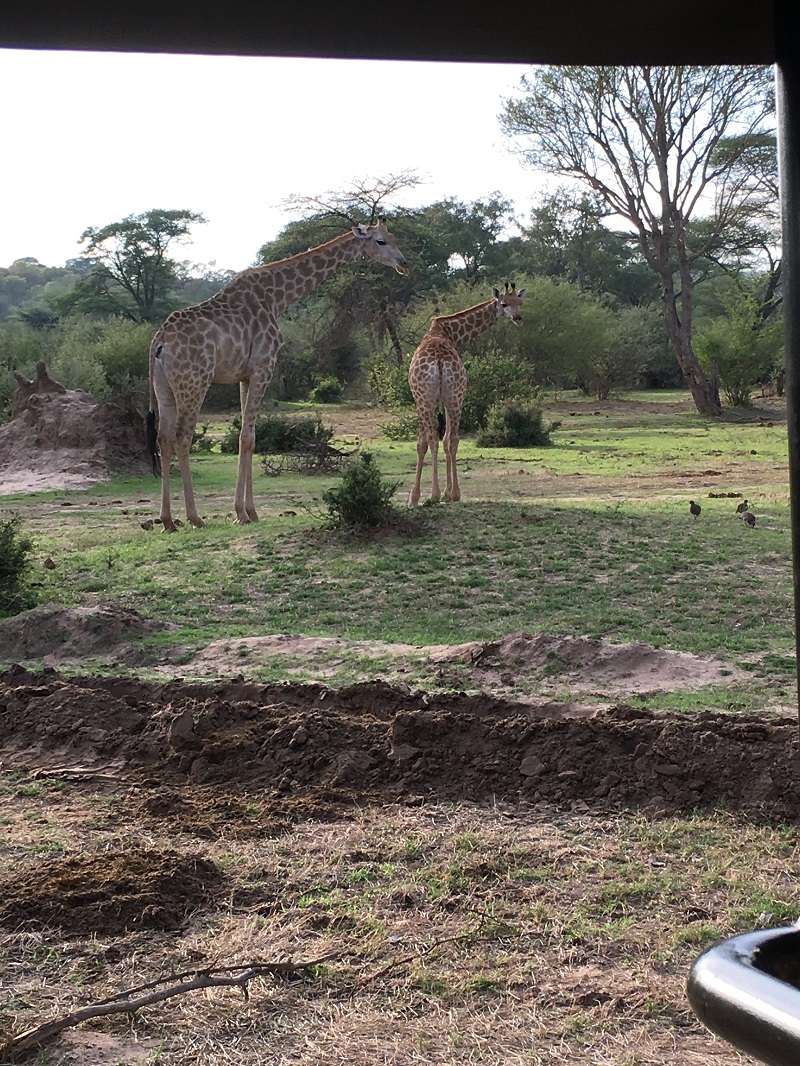 And tons of baboons – many more than we saw in SA. They were fascinating to watch. They are so human like.

They do hand gestures, and were rubbing each other and picking things out of each other’s hairs. They seemed to have quite the personality. 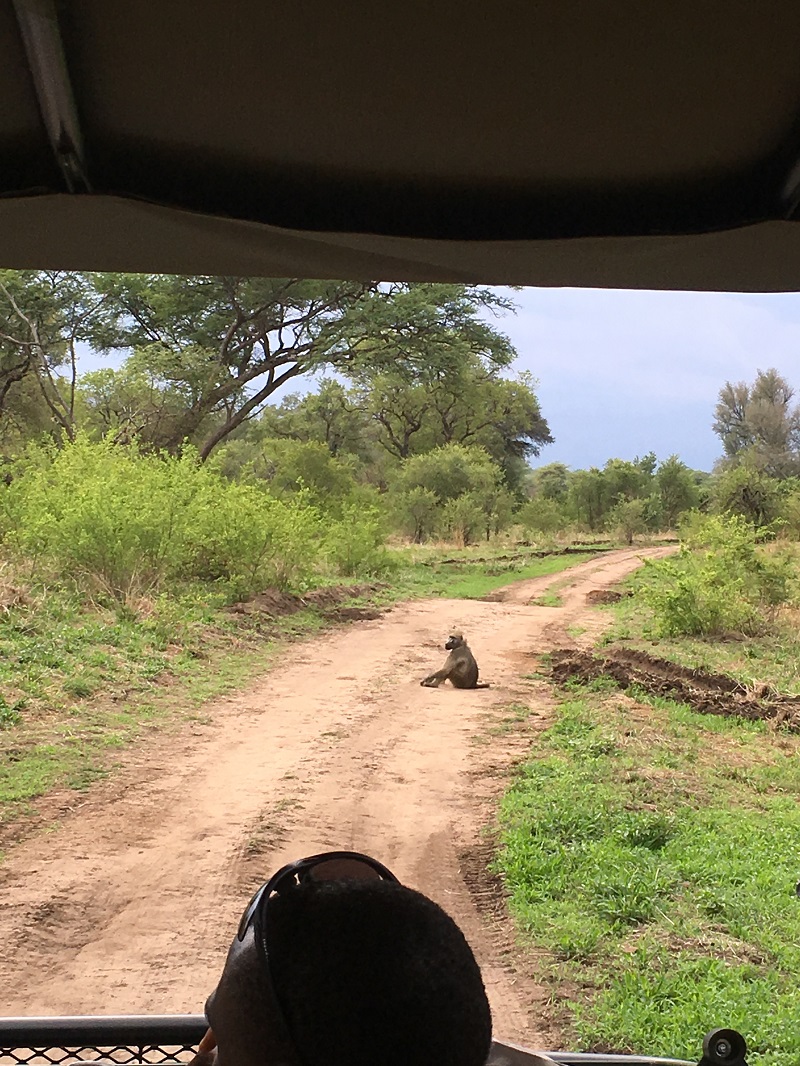 Like I mentioned, the terrain was just so much different. There were many more trees than what we experienced in northern South Africa. I feel like these are the real Africa trees you picture after seeing Lion King! 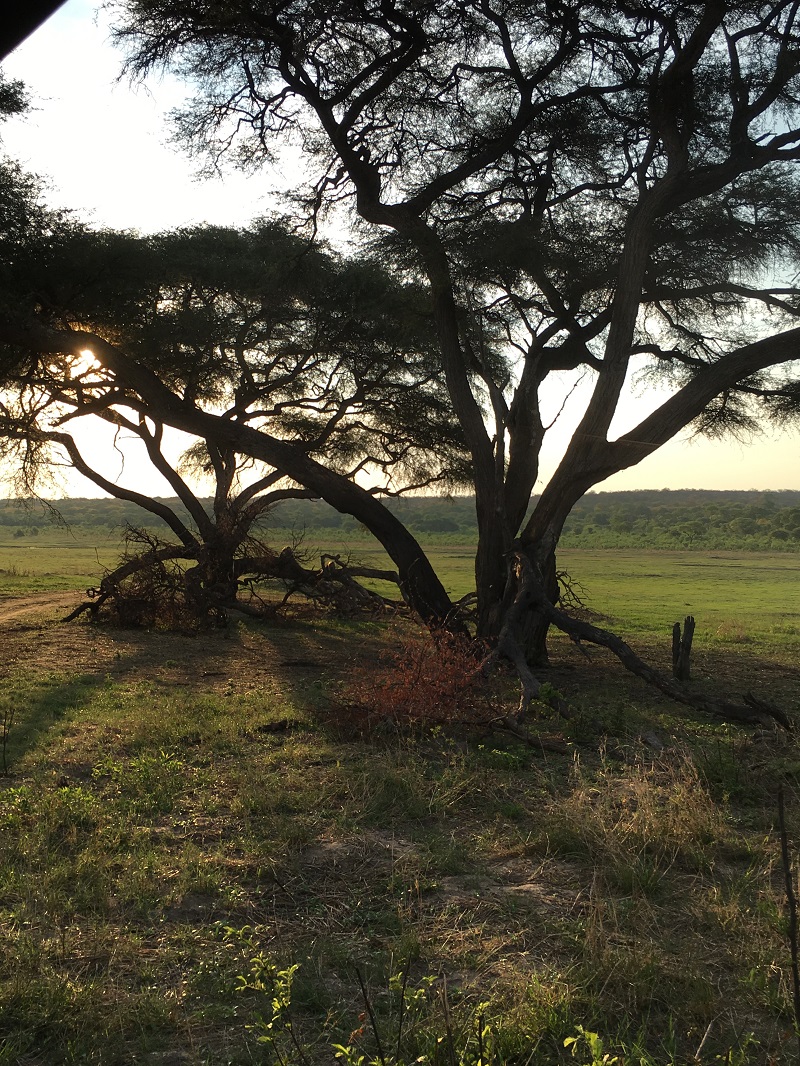 The Safari “game rides” were structured very similarly, where we would have an early morning snack and be on the trails by 5:30am. We’d have a quick snack/coffee break for the morning ride, and a cocktail/snack break for the afternoon drives too. 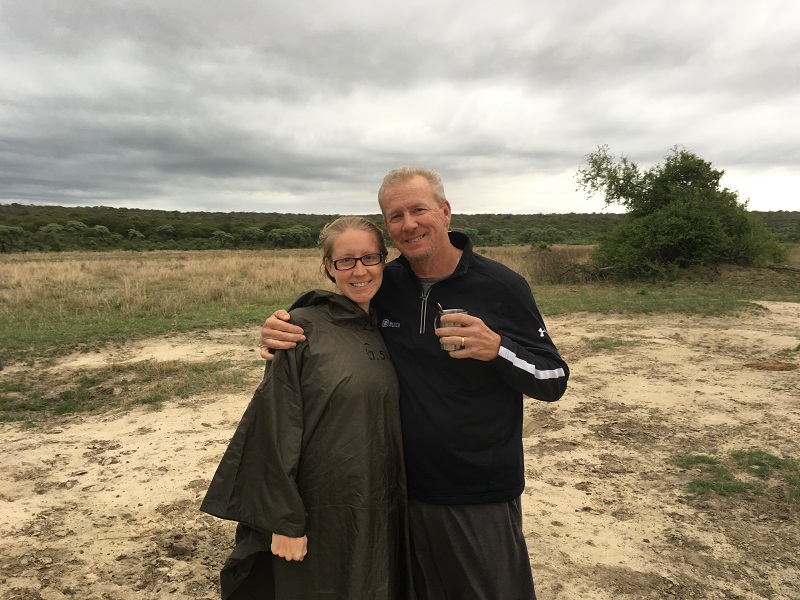 One of the main highlights of Zimbabwe was seeing Victoria Falls. The falls are twice the height of Niagara Falls! We spent an afternoon doing a little hike up to the waterfall. Apparently, the best time of year to go is between February and May, and/or June and August, because you have the best view of the falls and rainbows.

But, they were still beautiful! We did experience some rain (rains down in Africa) which made our video that much more memorable. 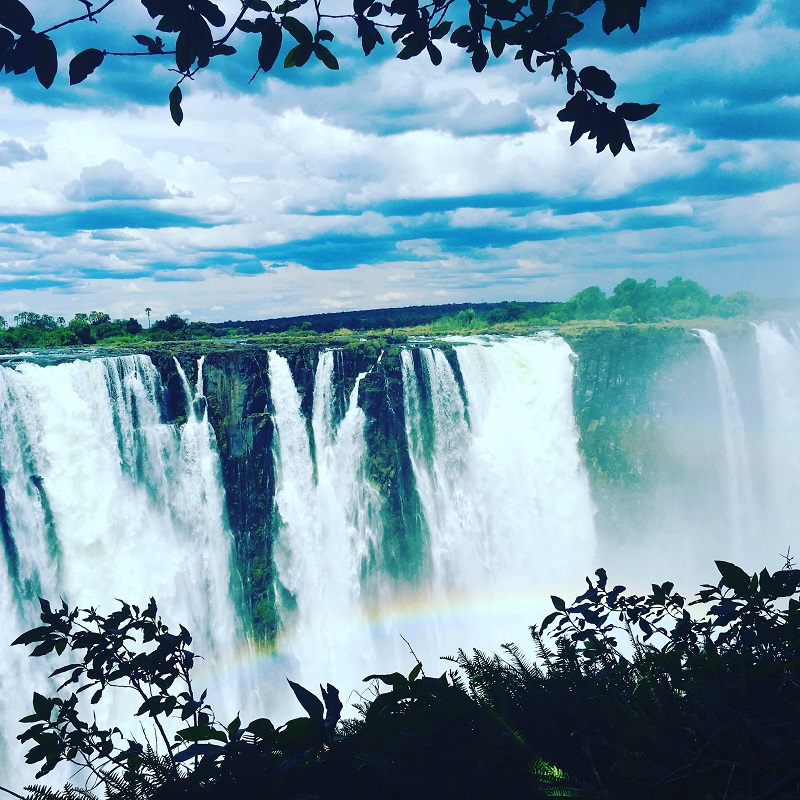 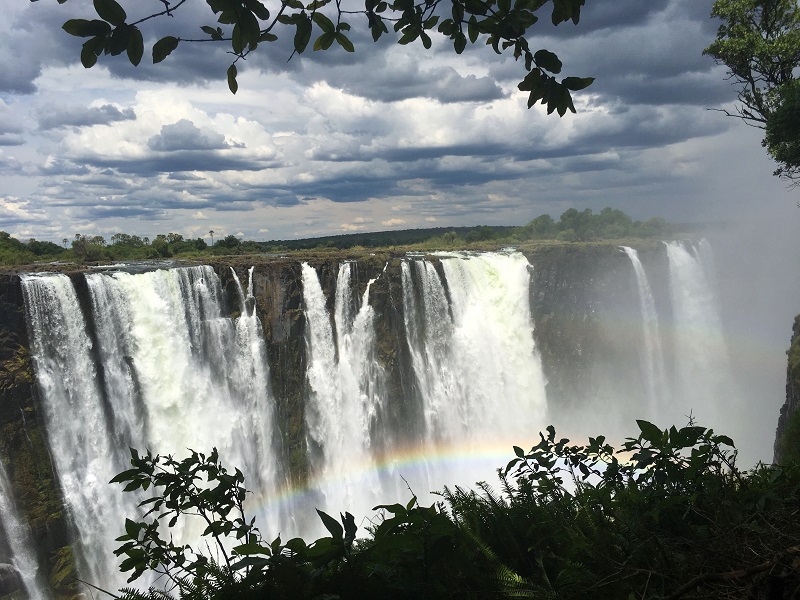 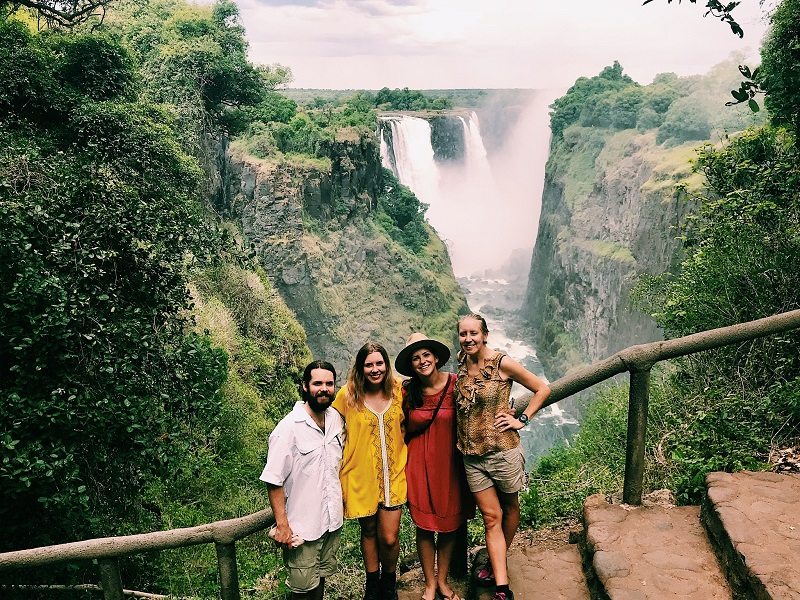 Another cool thing about Victoria Falls is that it borders both Zambia and Zimbabwe. If you look closely, you can see people across the way at the ledge of the waterfall. They are on the Zambia side, where you can actually get in a little pool above the waterfall. 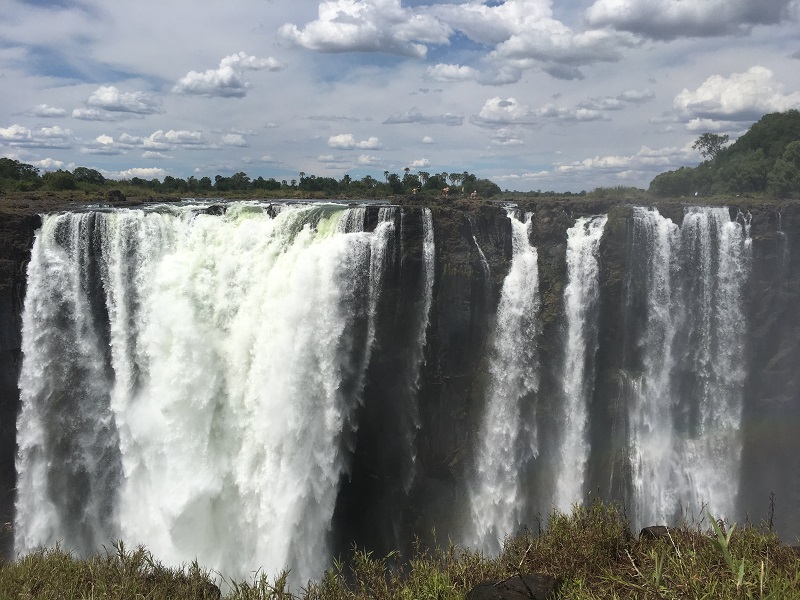 After seeing the falls, we had high tea at the Victoria Falls Hotel, which is a definite bucket list item if you ever head to that part of the country. The Hotel has so much history to it, and we walked through looking at some of the old paintings and the beautiful set ups of the rooms.

You could spend hours there if you’re into that sort of stuff. Parts of The Crowne were actually filmed here! 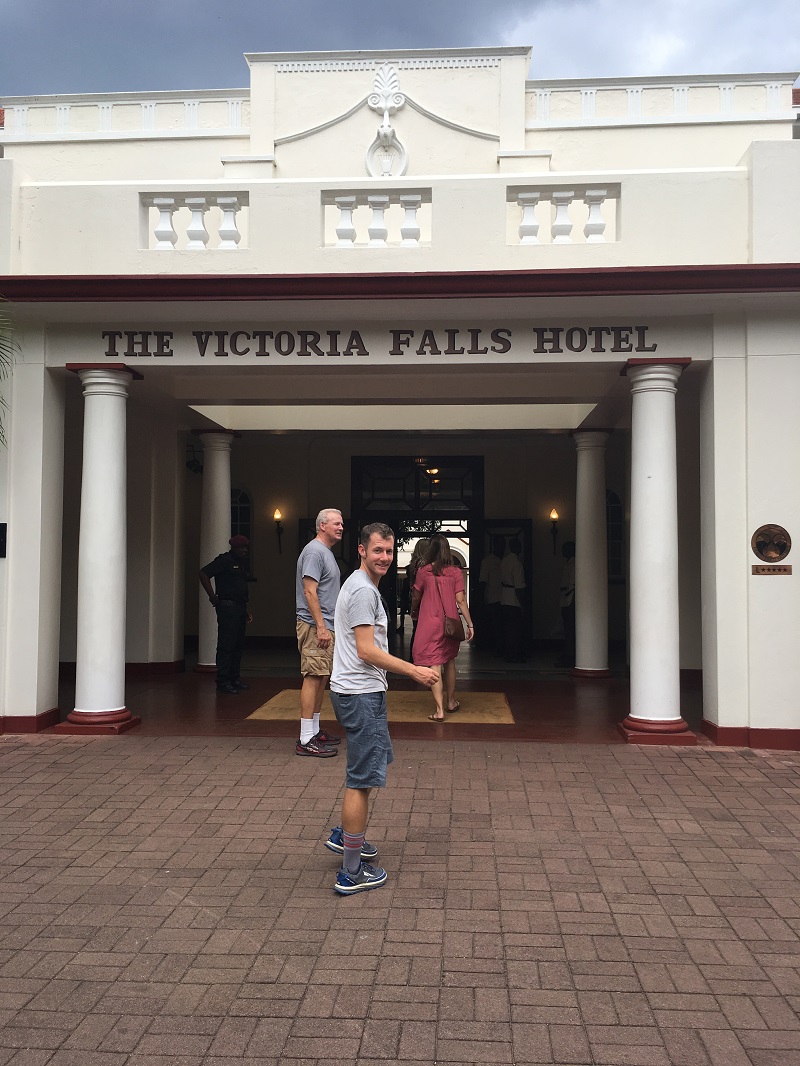 The highlight, though, is going out back on the Veranda for “high tea.” It’s a fun afternoon activity. 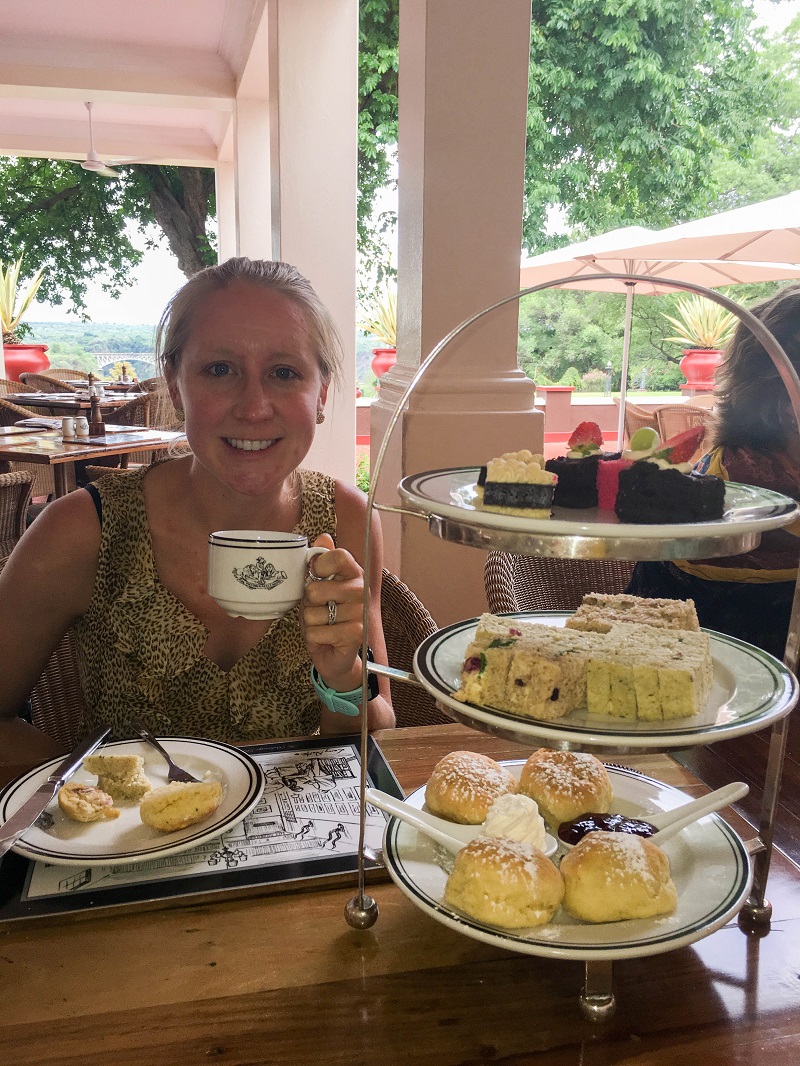 On our final night, we did a little sunset cruise along the Zambezi River. It was a beautiful night, and a great way to talk about our trip in general, all the memories we made and our favorite parts. We met so many great people along the way, and I have nothing but fond memories of both South Africa and Zimbabwe.

They now hold special places in my heart and I cherish the experiences we made along the way. We also met some unforgettable people and tour guides. 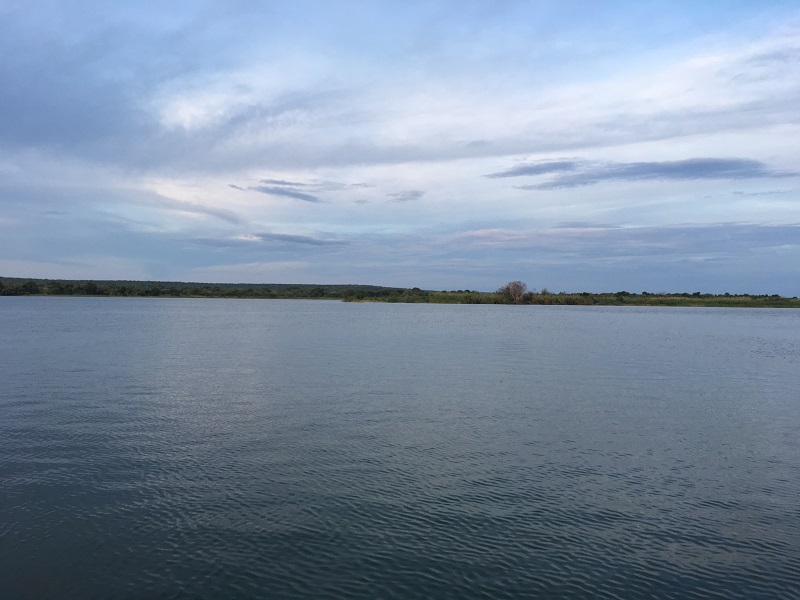 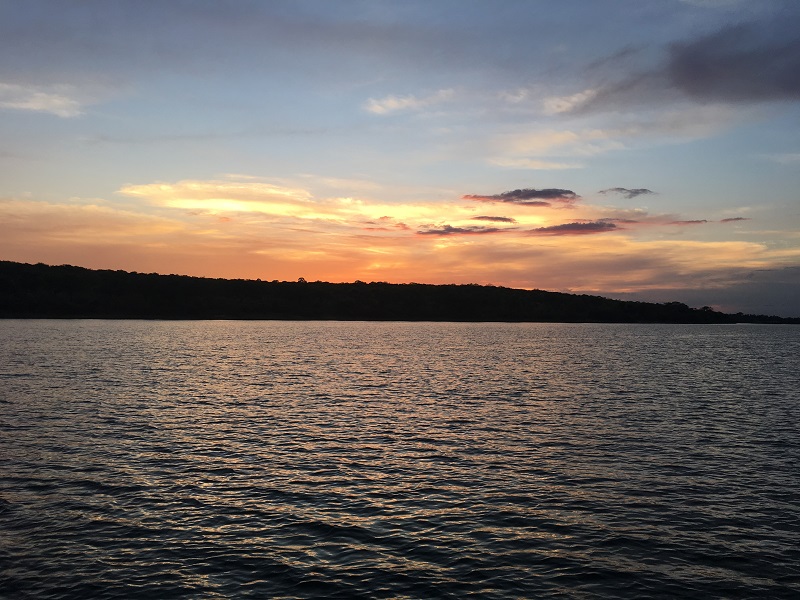 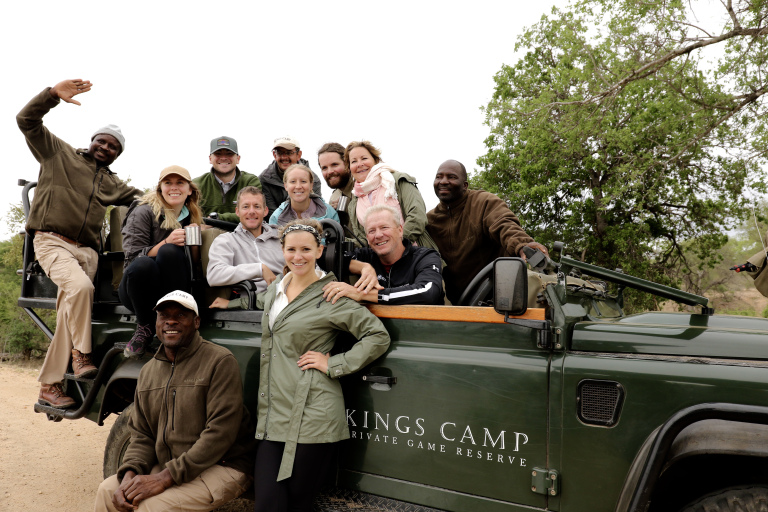