It’s been a while! I thought about you guys and BLT often, but to be honest, this little break was necessary. I hope you had a great Fourth of July! We were in Block Island (Rhode Island) for the 4th, so I wanted to share a little bit about what the past week has been like, as well as some bits and pieces of what I ate since being home in Rhode Island.

To be truthful,  my eating schedule has been pretty off over the past week, which usually happens at holidays and family events.

I didn’t cook much, my veggie intake was pretty low on most days, and I relied on a lot of convenience foods. I wasn’t eating at my typical meal times and sometimes I found myself munching all day long. I also took a necessary mental break from blogging, which means I didn’t take as many photos of my food (sorry!).

While I could have put more time and effort into preparing healthier foods, I opted to not think much about it and just go with the flow.

I really try to preach to make memories and enjoy whatever food is presented in front of you because even if it may not be the first choice to nourish your body, it can nourish your heart and soul among the company of others.

Since being home, breakfasts have mostly consisted of yogurt bowls (topped with mom’s homemade chocolate chip cookies), egg bakes, and more donuts than I care to admit (also, the only breakfast picture I took).

I actually only ate oatmeal once while I was gone! It’s almost like I transport to another person since being home. 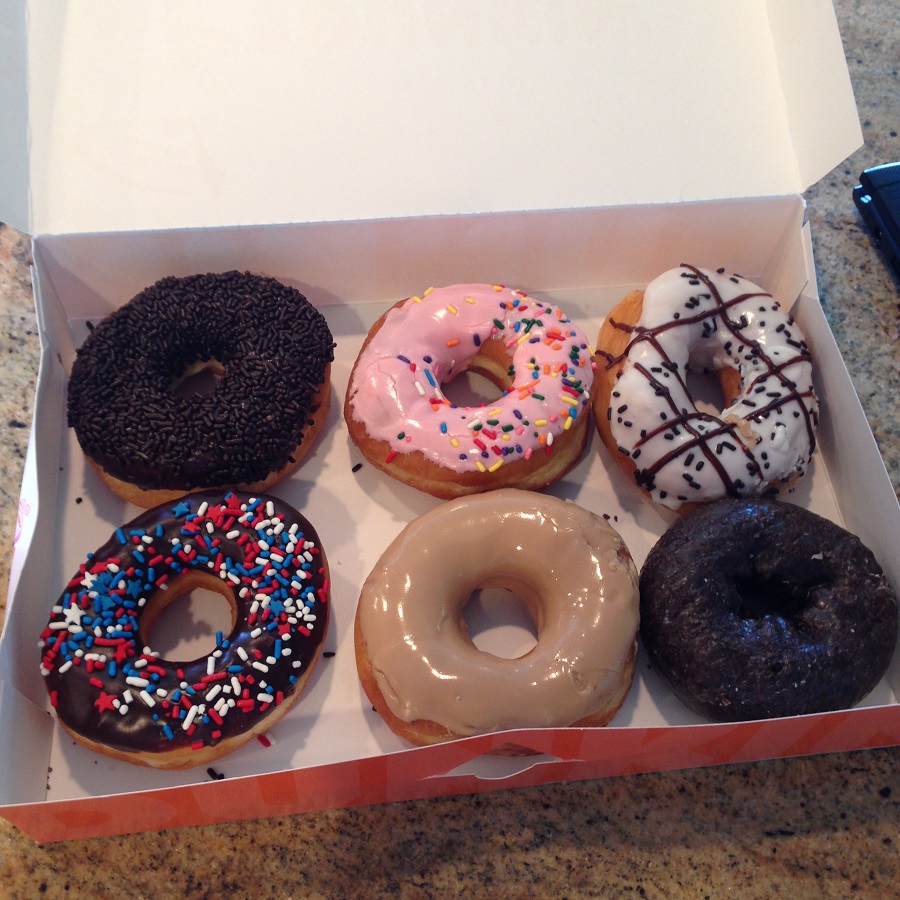 My coffee intake hasn’t changed though. That would be tragic. 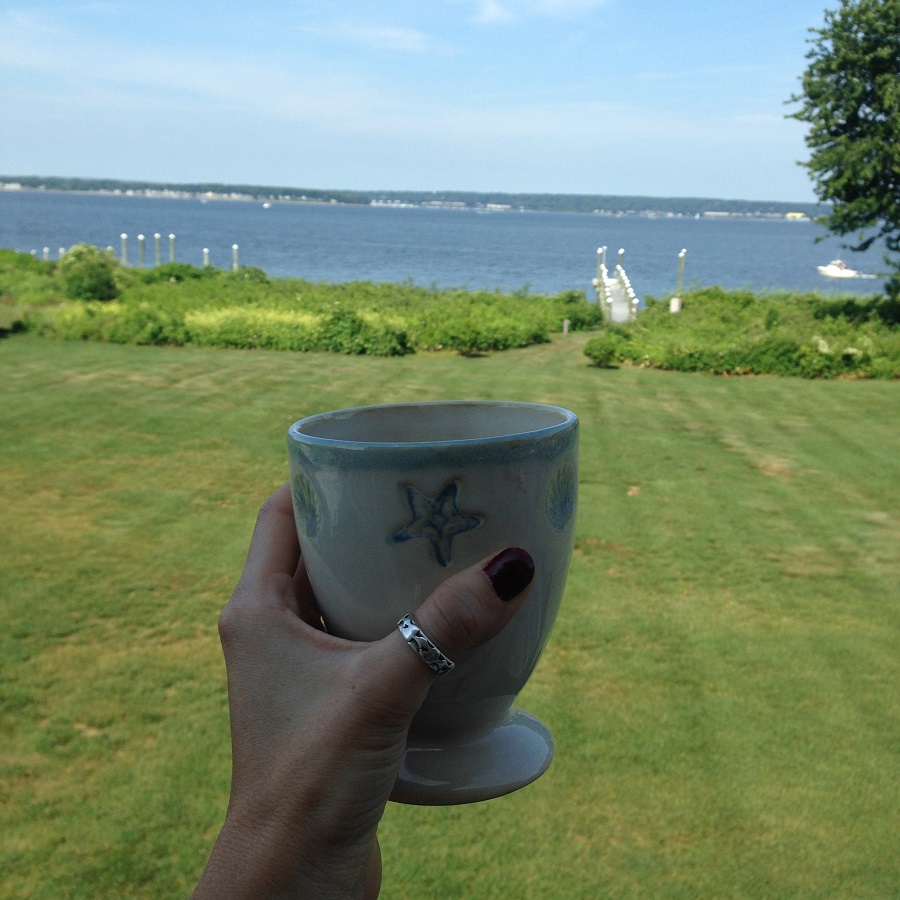 Let me just say that Block Island is one of my favorite places for a little weekend getaway. It is 13 miles off the southern coast of Rhode Island, and just a beautiful ferry ride away.

It’s non commercialized and has a local grocery store, a couple of non-Starbucks coffee shops and lots of mom and pop restaurants that thrive in the summer. It’s a lovely spot if you want something a little more low key than Cape Cod or Martha’s Vineyard. Have I sold you yet?

We set off for BI with a bunch of friends and family, and thoroughly enjoyed the company, beach, fireworks and beautiful sunsets. 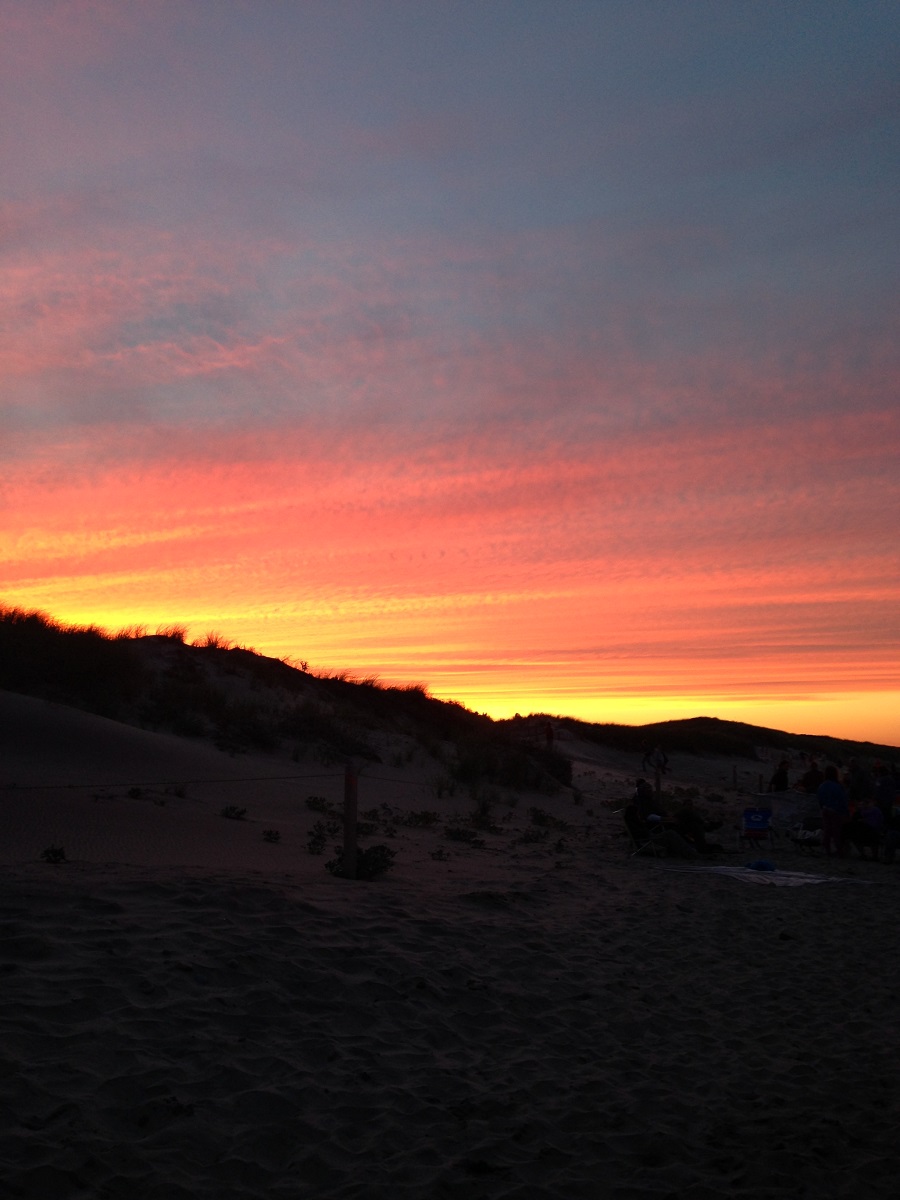 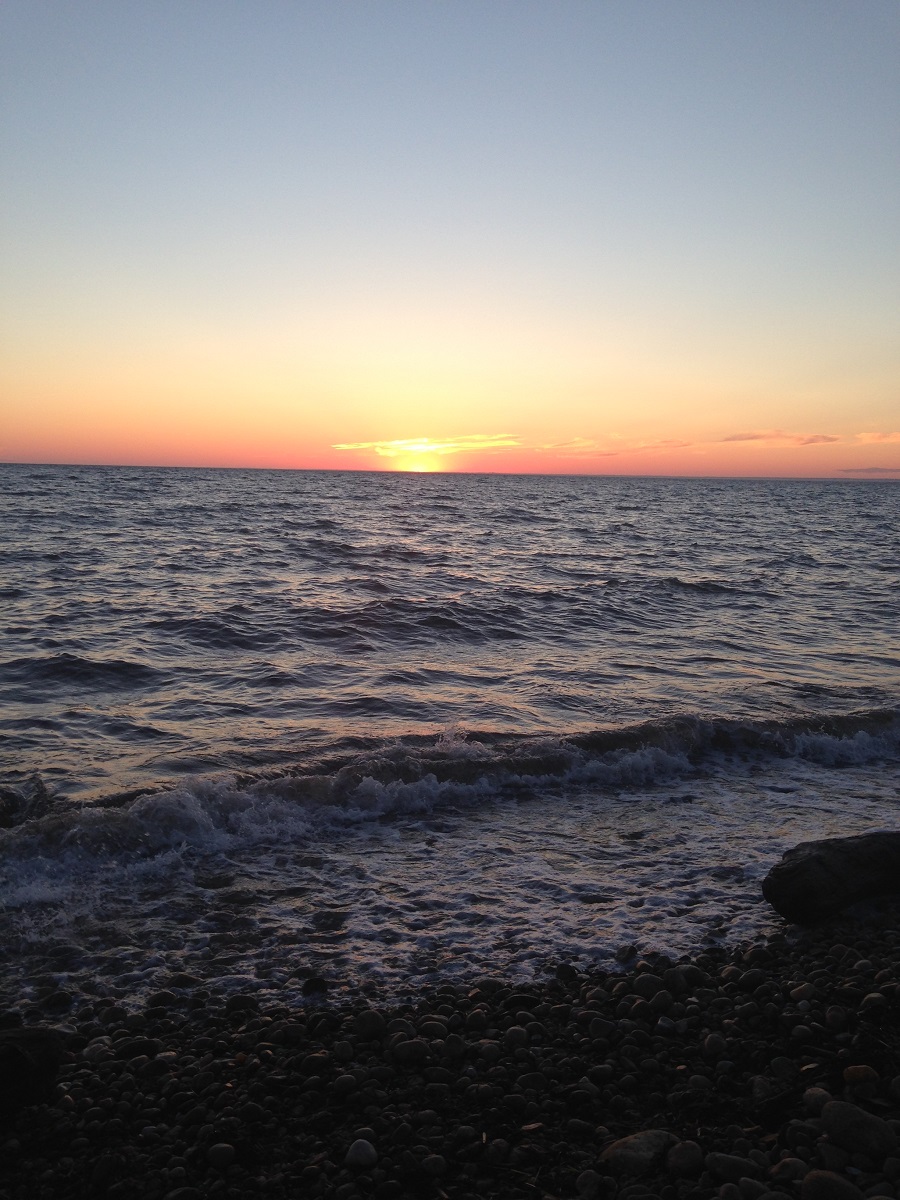 One thing that stayed constant was my marathon training. I couldn’t miss my beautiful running scenes on Block Island. They are among some of my favorite! 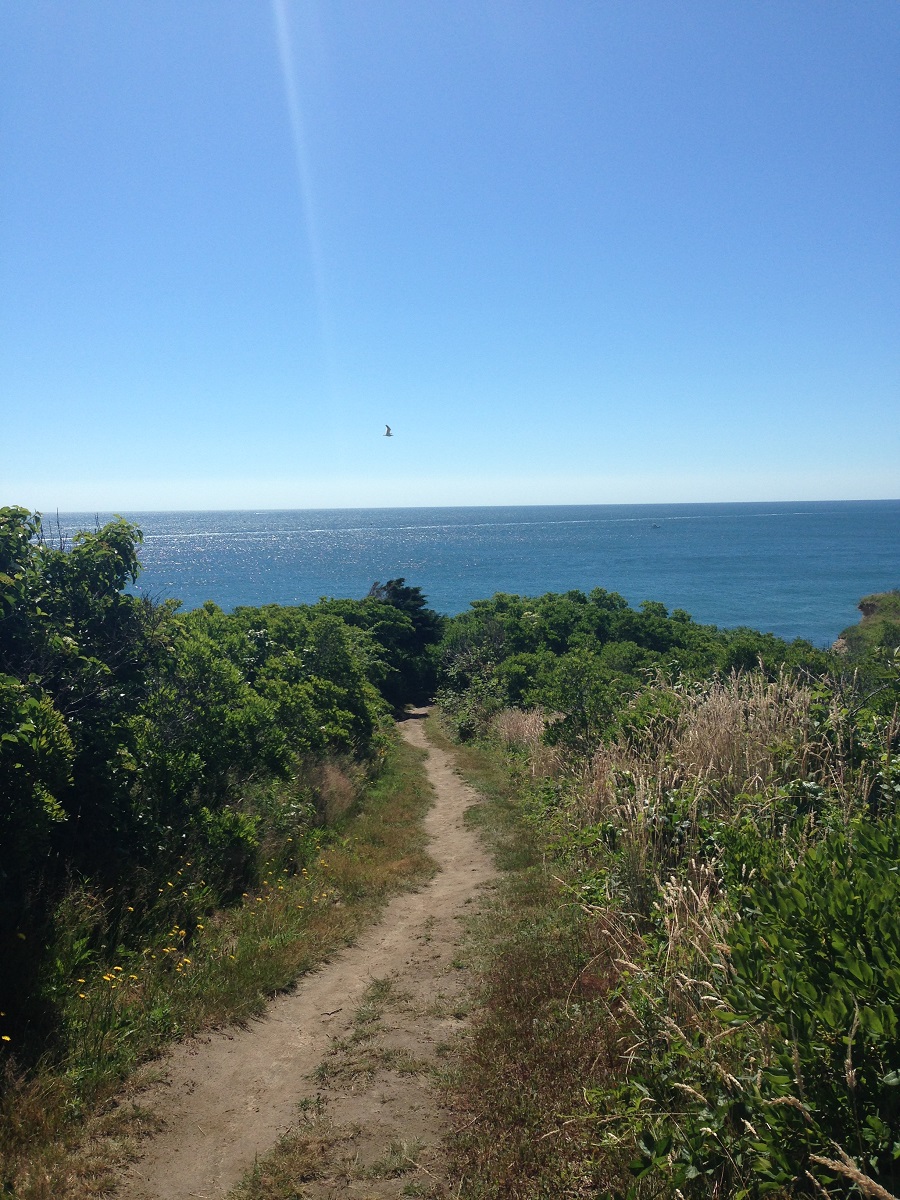 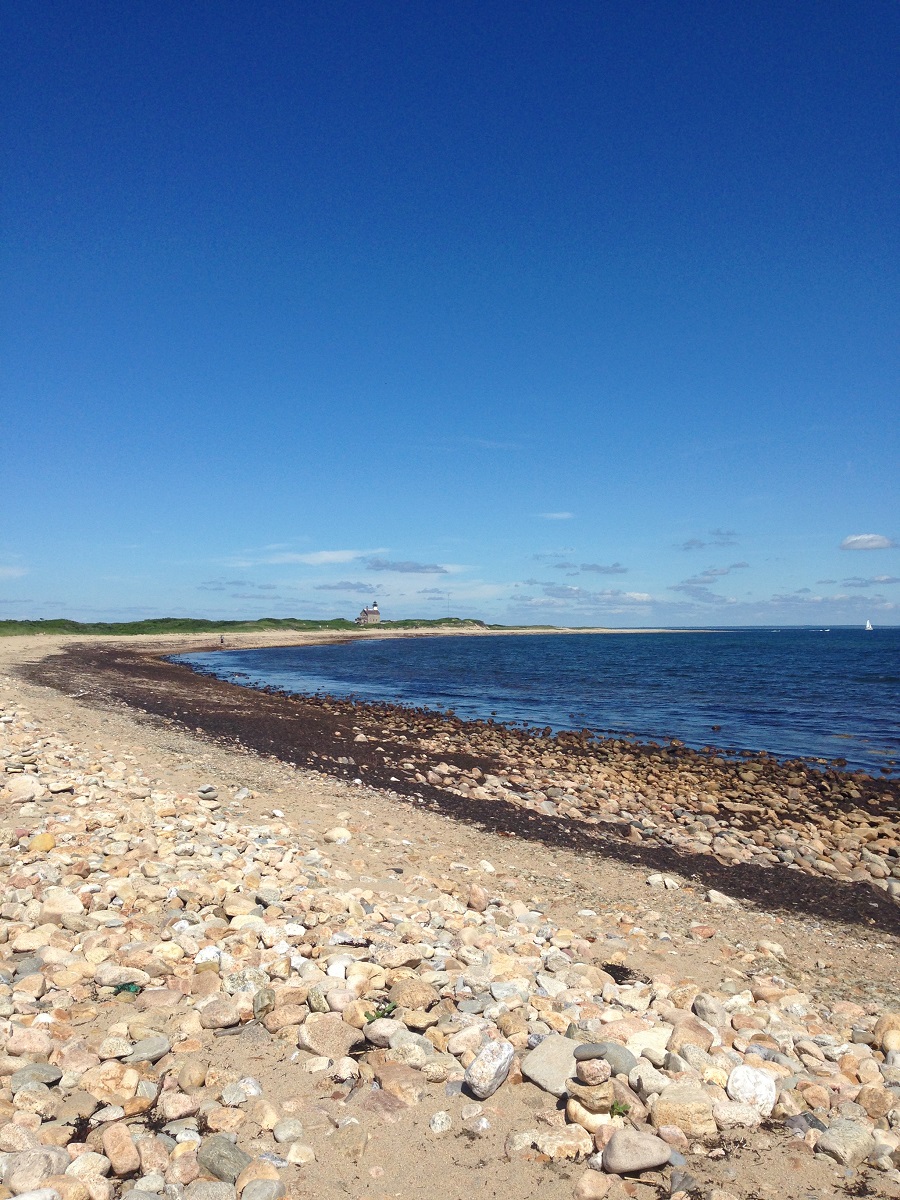 And, of course, there were tasty beverages and lots of laughs. 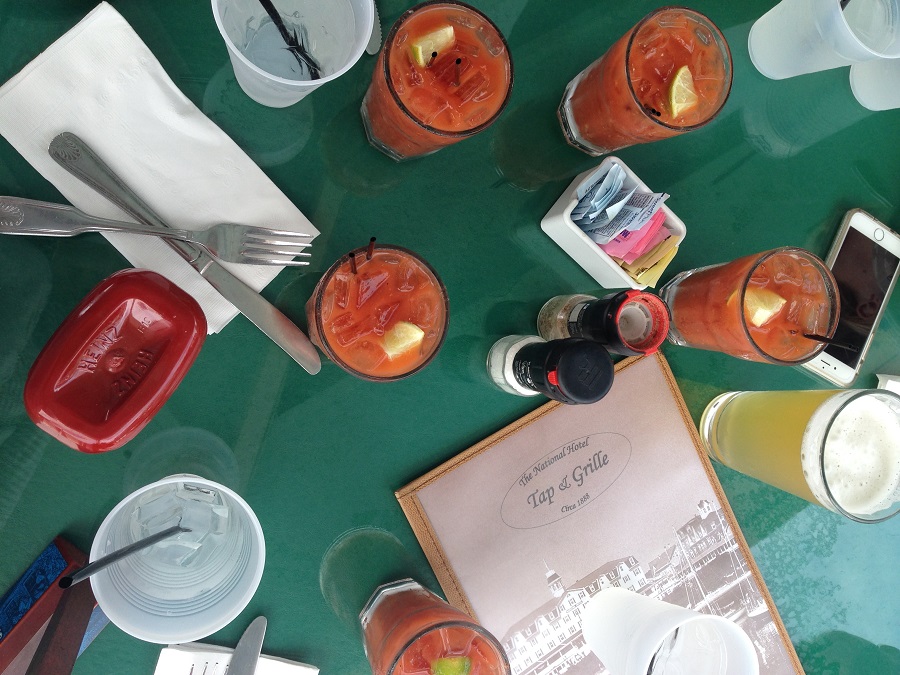 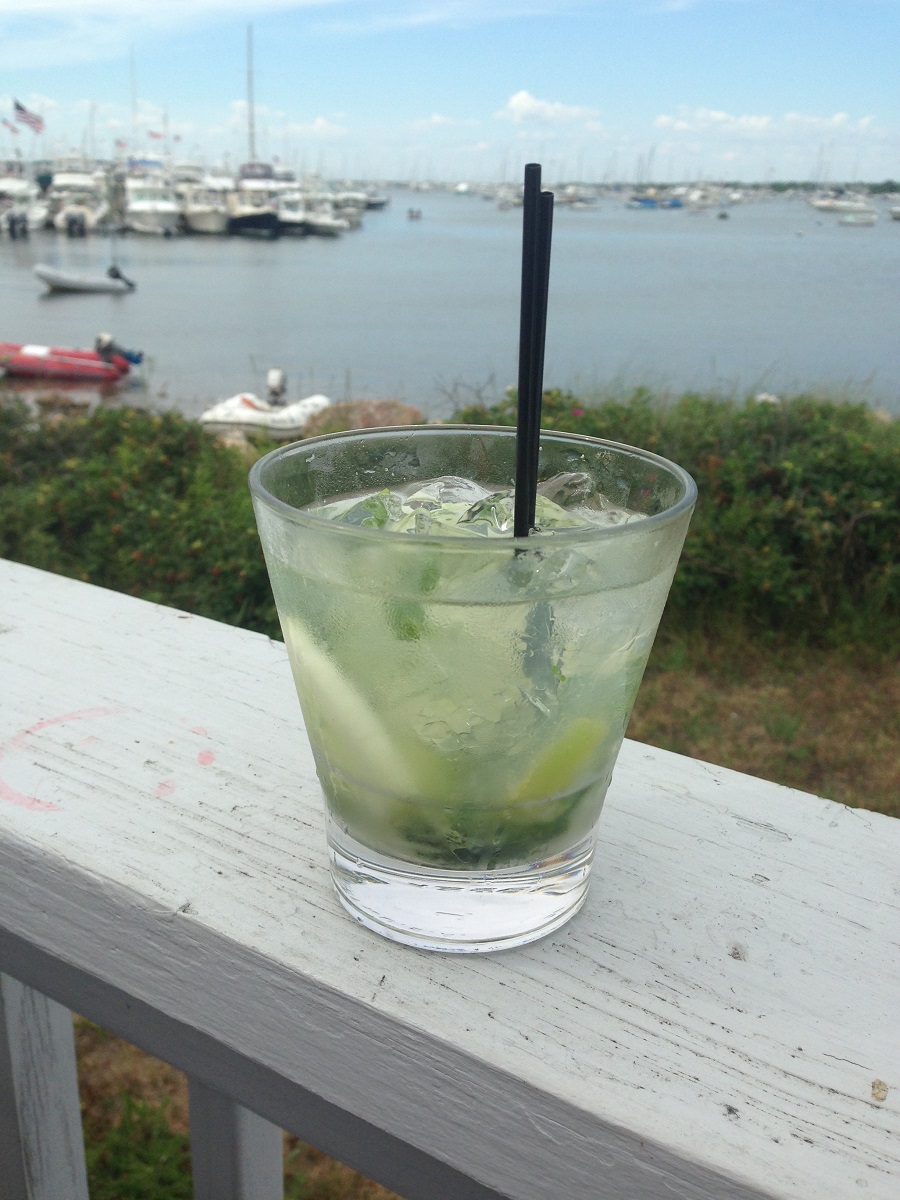 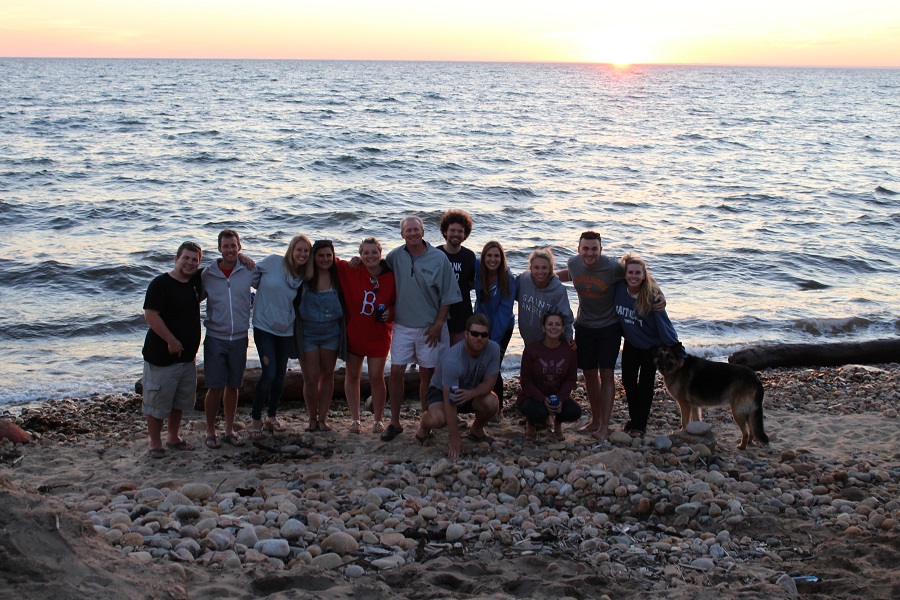 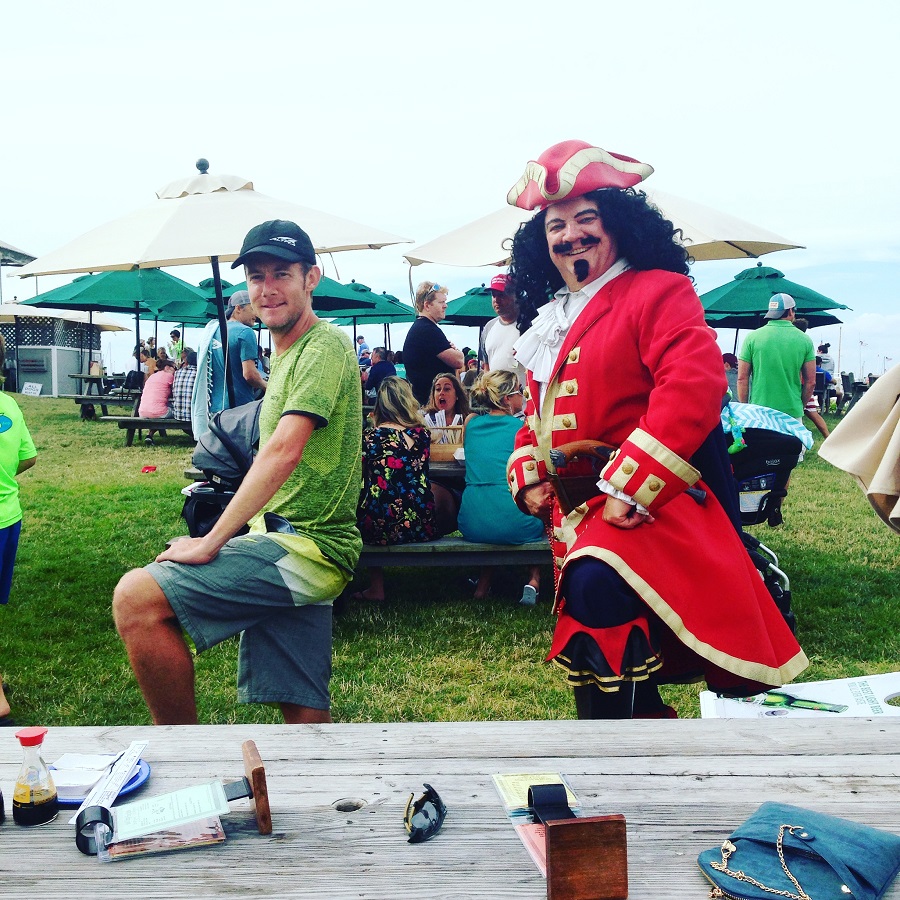 Most lunches turned into afternoon snack sessions, as we kept chips and salsa and hummus out for the crowd. We also ate a lot of sandwiches, especially on the beach days because they are a) delicious and b) they are easy crowd pleasers.

On the 4th of July, we have an annual tradition where we eat brunch at the National Hotel. The hotel porch has a spectacular view of the Block Island parade and all the ferries coming in. They have a pre-fixed menu, and the options are typically swordfish, steak, or lobster.

This year, I went with the grilled swordfish with baked beans, corn on the cob, and potato salad, though I wish I had went with the lobster. The parade was wonderful, as always.

Three years ago, my cousin proposed during the parade, so it was fun reminiscing about that little love moment. 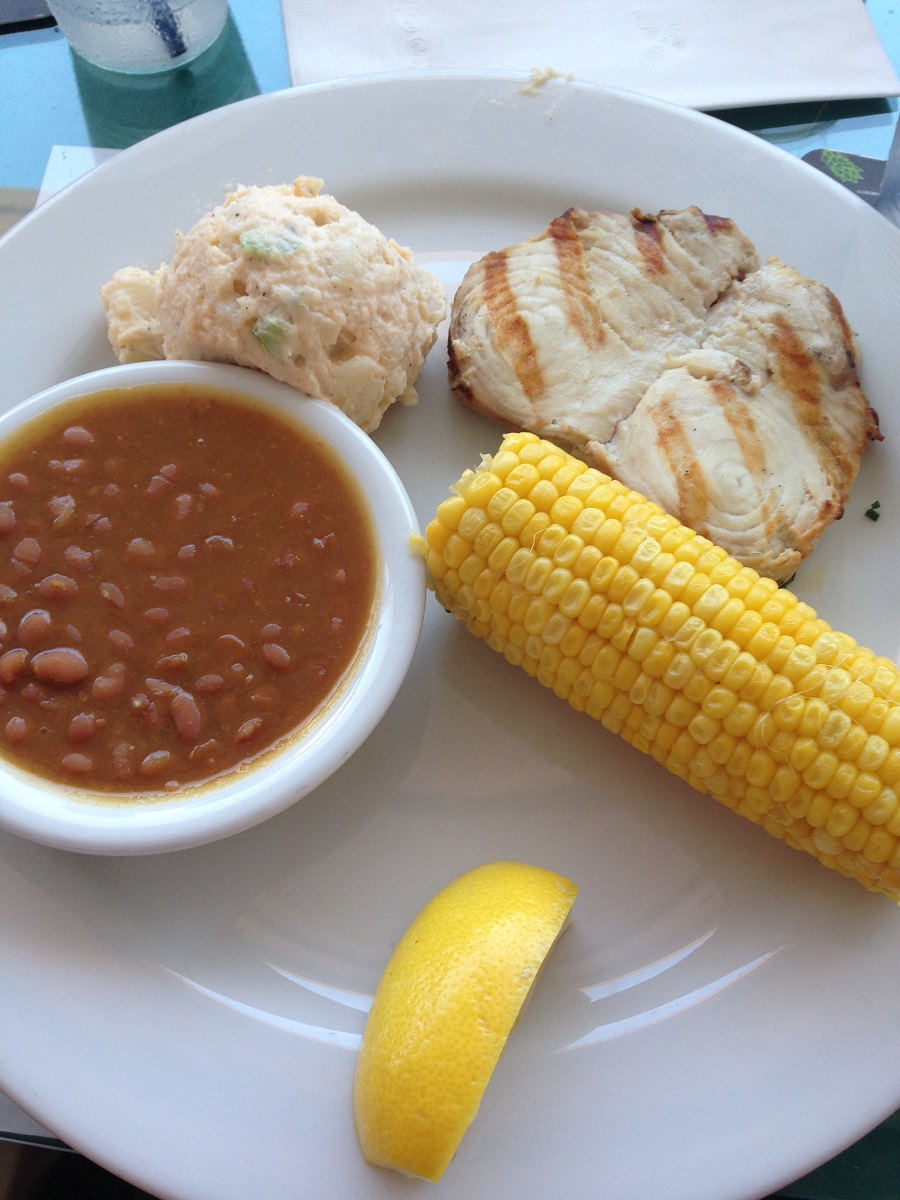 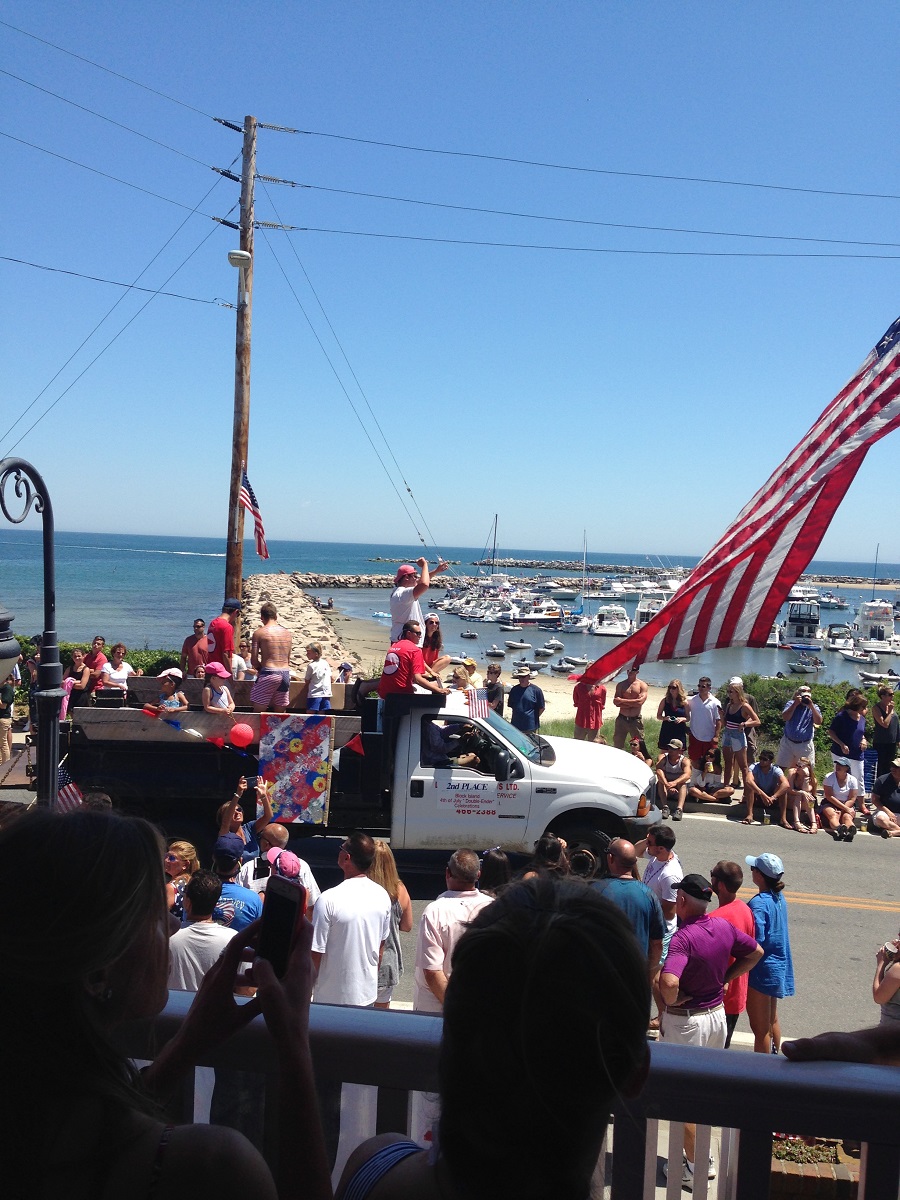 The 3rd of July was the big night for fireworks. The fireworks on Block Island are consistently impressive each year – pictures never do fireworks justice, am I right?! The town does a great job of making the show so worth it! 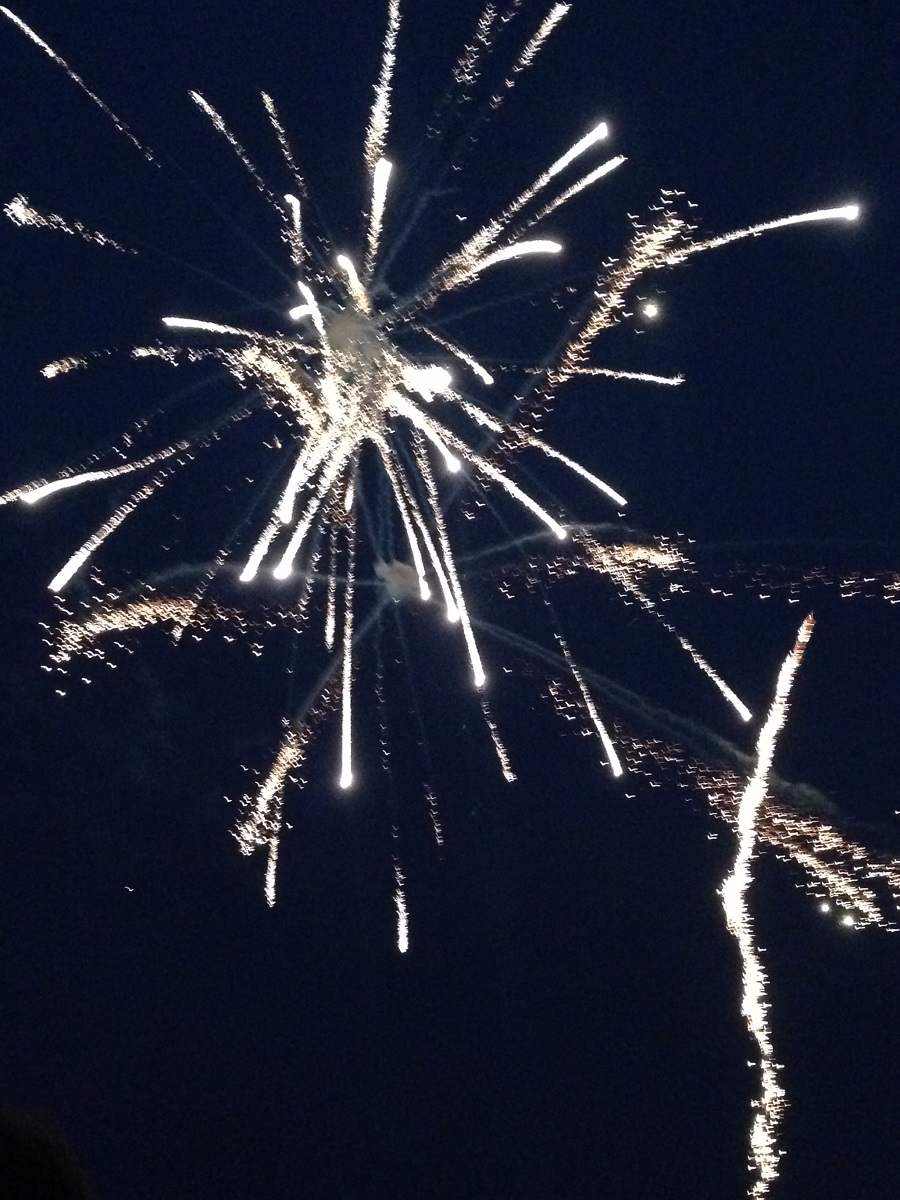 Again, not my normal dinner routine – we focused on meals that could feed crowds. We made frozen lasagnas, burgers, hot dogs and pizzas at the house. I did get to eat some fresh salmon when we ate at The Oar alongside some sushi rolls! 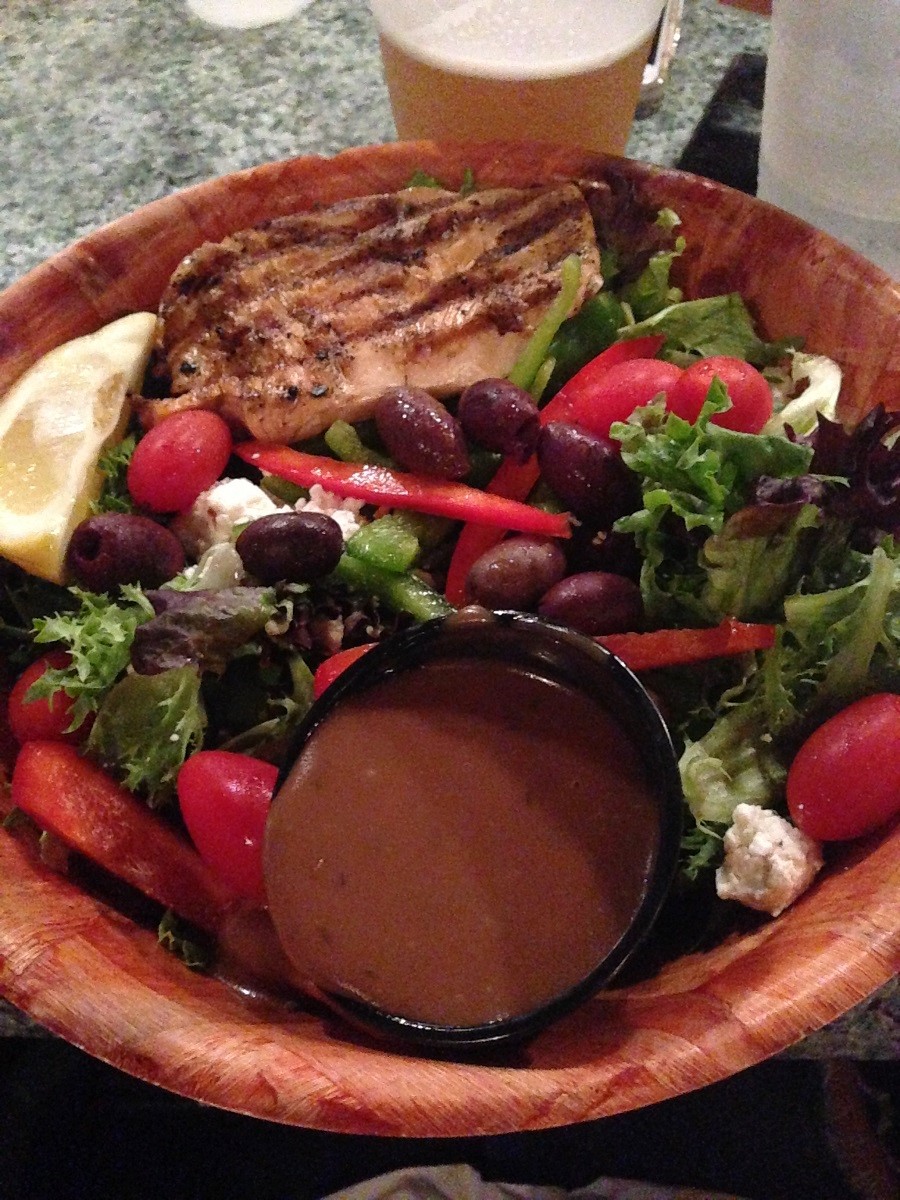 Desserts were consumed nightly (and sometimes daily as a snack). Can you really argue with this school of thought? 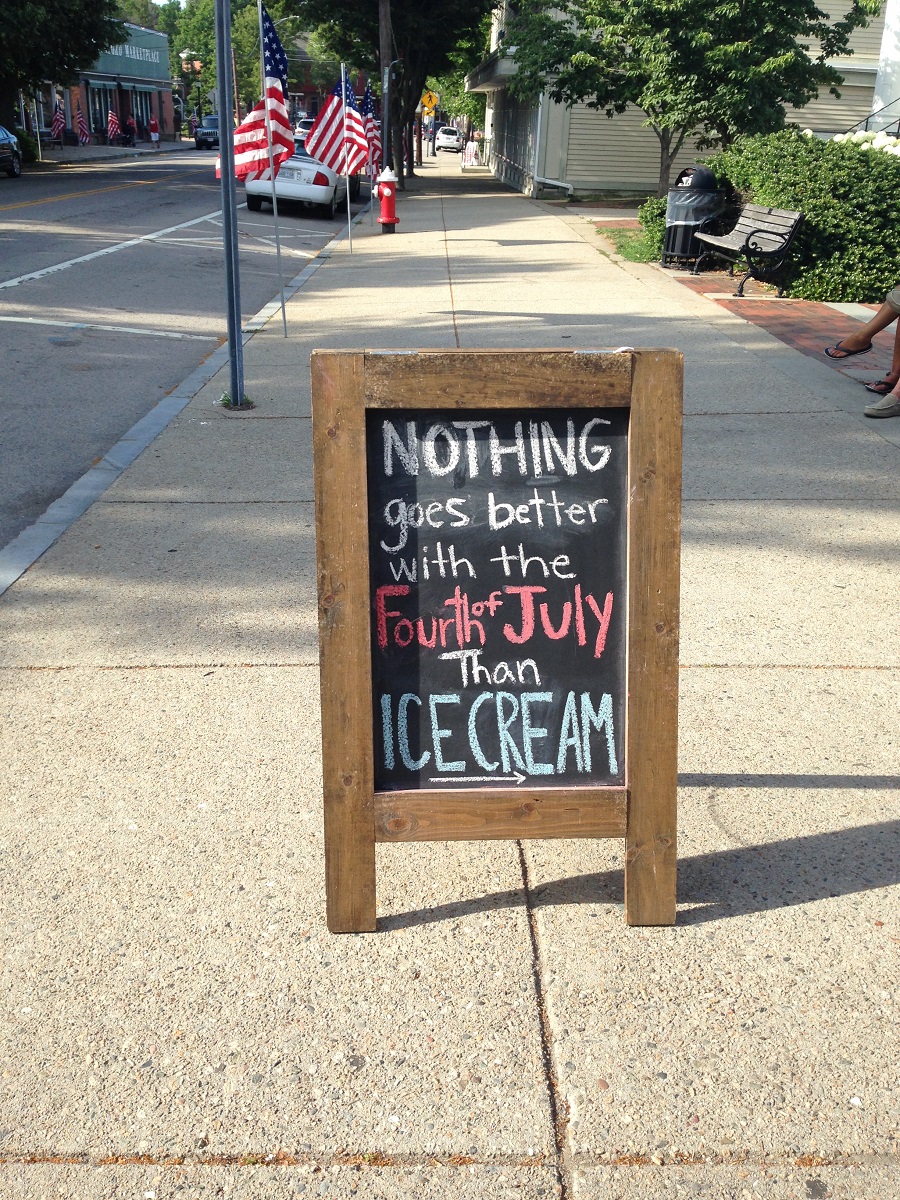 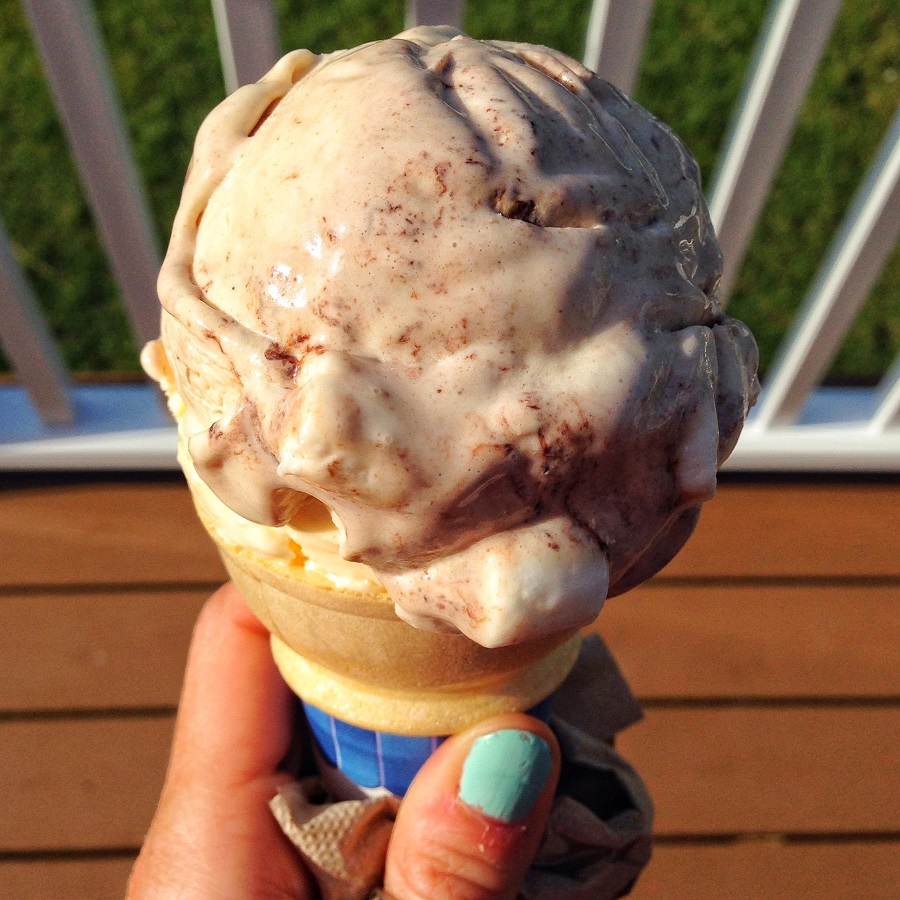 I leave Rhode Island with a happy heart and full belly, as always.  I’m preparing to head back to Charlotte (with all of my road trip snacks) and then we are closing on our house on Friday!!

Hopefully, I’ll get back to my normal posting schedule (with some nutrition-y posts) next week once we begin to settle in – eeek! Thanks for sticking with me through this transition period.

Have you moved recently? How did you stay sane?