I hope you had a great weekend! I had a little snafu with the bloggy yesterday so couldn’t get this weekend recap up in time. The weekend flew by – it was nice to not have too many scheduled things on our agenda. I will say one thing though, the weather is warming up TOO QUICKLY here.

Friday was a busy day of patients, followed by a home cooked pizza and some Netflix before going to bed early. We did a chicken and bison mix on our pizza and it was perfect. I’ve had bison in the freezer forever, now knowing when to use it. So, Ed and I both decided we could use some extra red meat and heme iron before Saturday’s long run. Followed by some ice cream, of course. You know me. 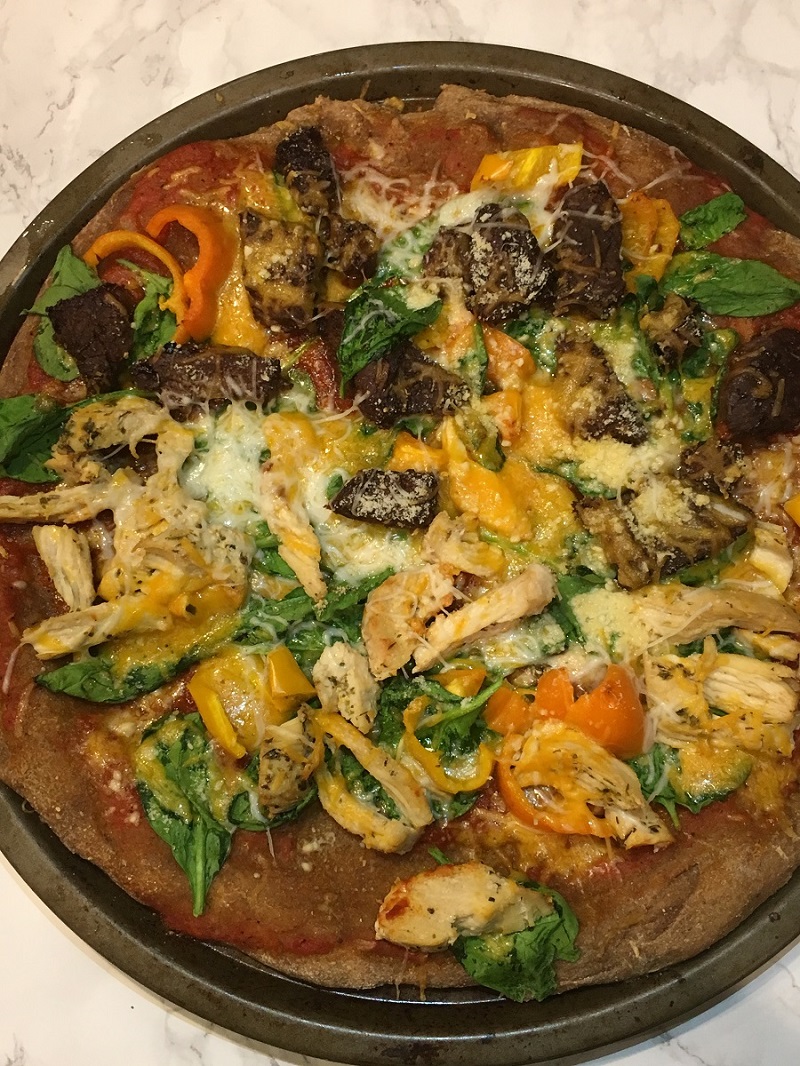 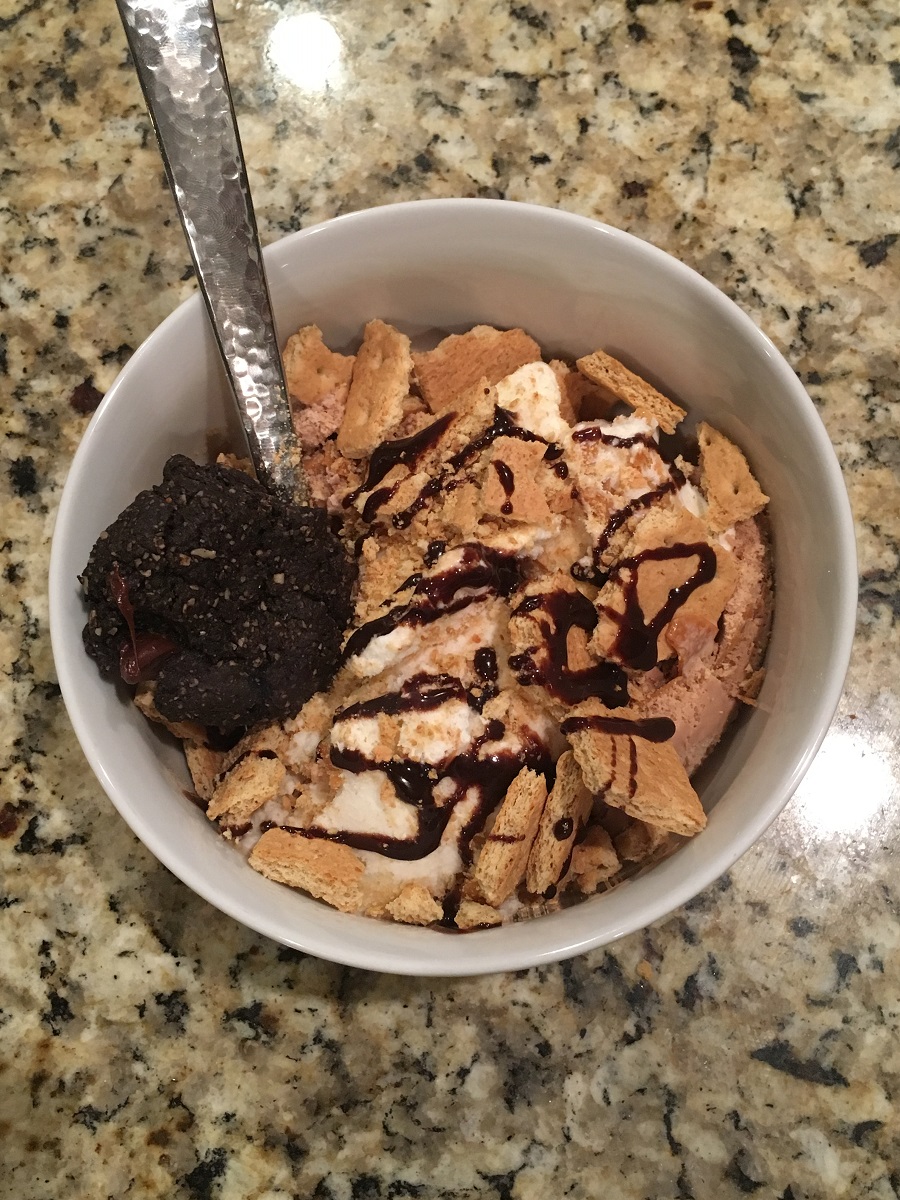 I had 22 miles on the agenda for Saturday. Saturday didn’t go exactly as planned, as you may have seen on Instagram. Even as I started the run, I felt like it would be a tough tough day – even at 6am, it was extremely humid and hot. I ran miles 3-13 with a running group which helped, but as I continued with my solo miles after, I had to stop and walk a few times to catch my breath. Just a tough day overall – one of those blah runs.

It’s so true that those bad runs really help you appreciate the good ones that much more. And I think it was a sign that my body was a little trashed. Last week I hit my highest mileage of marathon training (57 miles), so suffice to say, these next few weeks will be A LOT lighter. I’m starting my taper!

So, rather than 22, I settled with 18 miles, and then refueled with some iced coffee, a scone, and hit the Farmer’s Market. I bought fresh strawberries, asparagus and swiss chard. 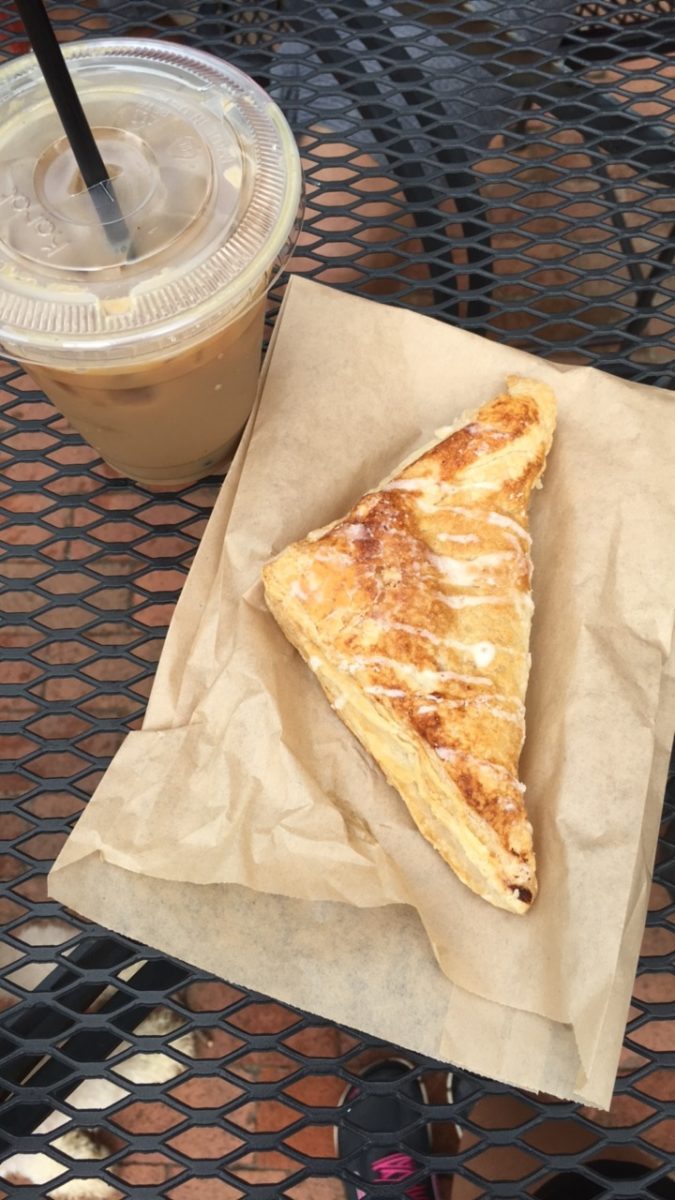 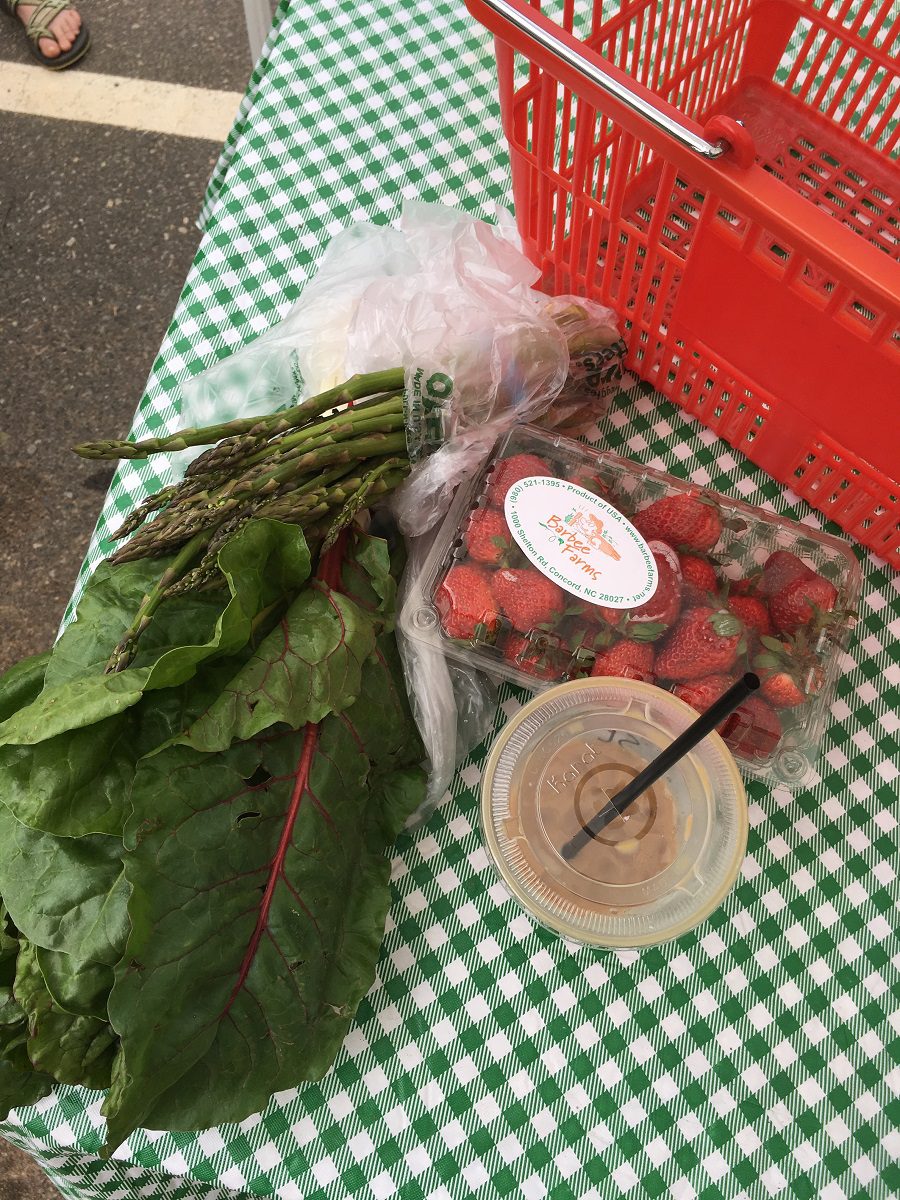 I also had to grab a popsicle because it was HOT. This was the blackerry ginger lemonade – SO GOOD. I was debating between the Blueberry Mint, but will save that for next time. When is the last time you had a popsicle? So many memories from childhood hit me when I bit in. And I shared it with Tater because she’s my spirit animal. 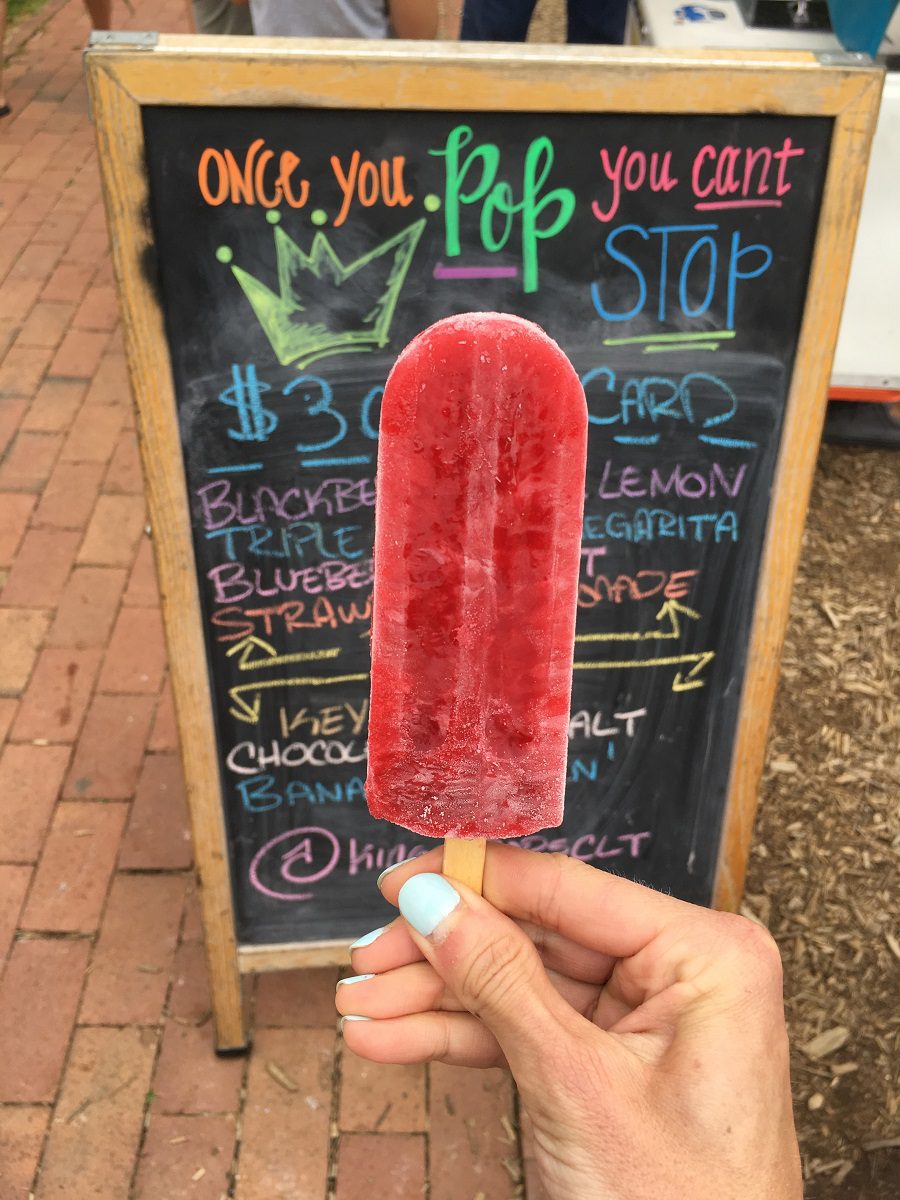 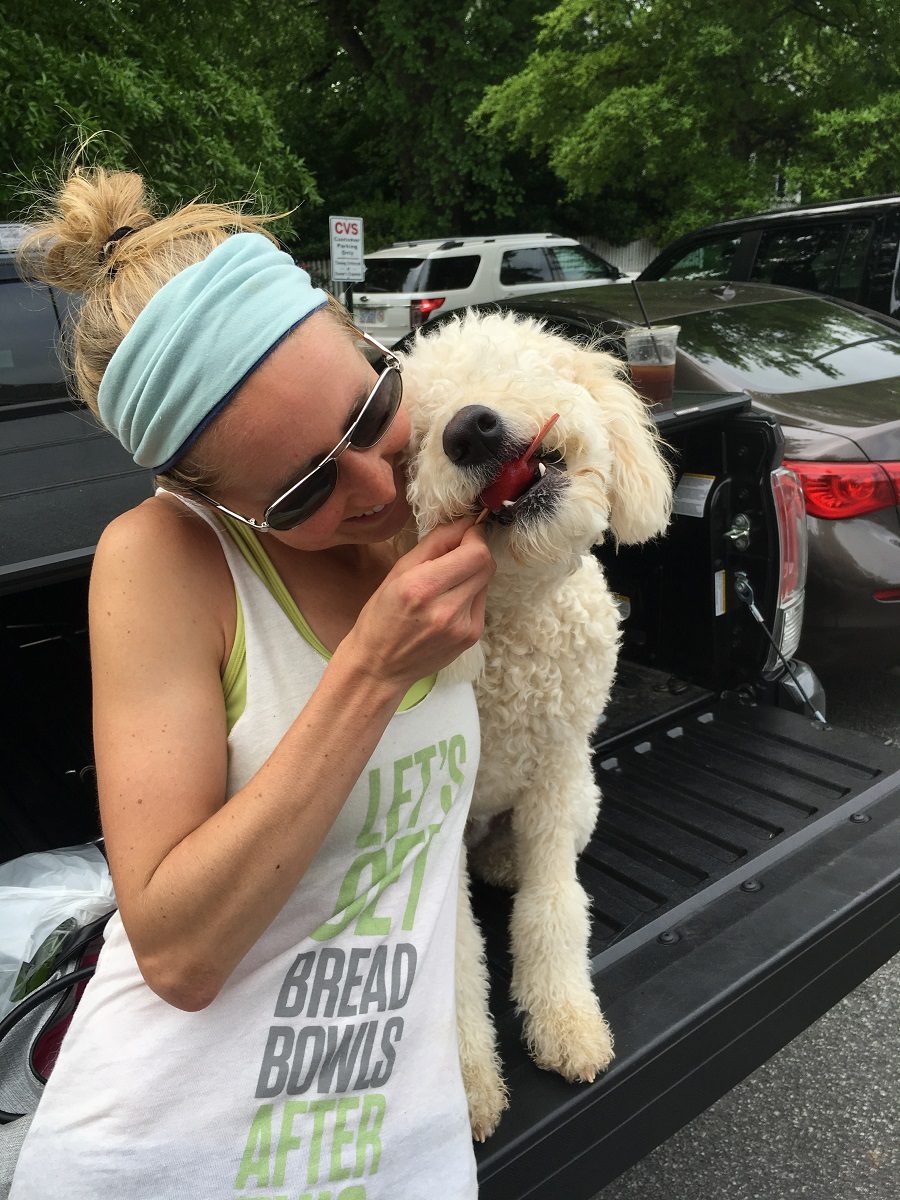 I had a few Saturday clients before grabbing this to-go lunch from Fresh Chef. I’m not the type of person to order the same thing multiple times (usually so much to choose), but this is one place I swear by the same two choices, both of which involve salmon. The salmon wrap is unbelievable but this time I wanted the cilantro rice. 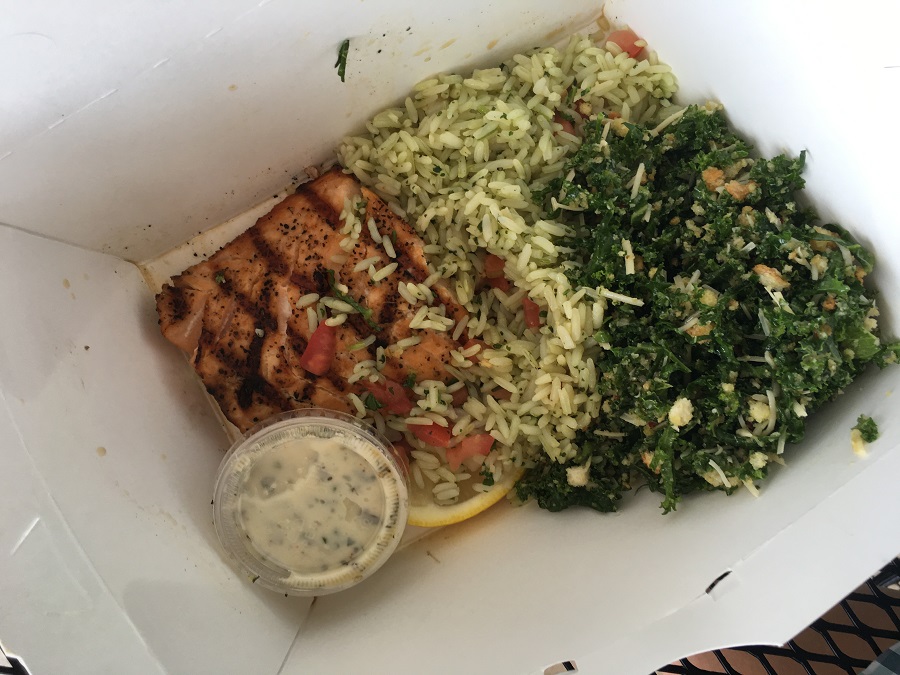 For dinner, Ed and I headed to 204 North to meet some friends for dinner. It was the last night of Wine and Tapas week (two glasses of wine and two tapas for $35). I made a last minute decision to not order from the tapas or wine menu, as I really loved their cocktail list and wanted something a little more substantial. I settled on some steak, which hit the spot.

You can plan a meal out ahead of time and pick out what you’re going to order, but if you’re not feeling it, then it’s no use ordering it! So, if you’re feeling a steak, go ahead and get the steak. That’s what your girl needed. 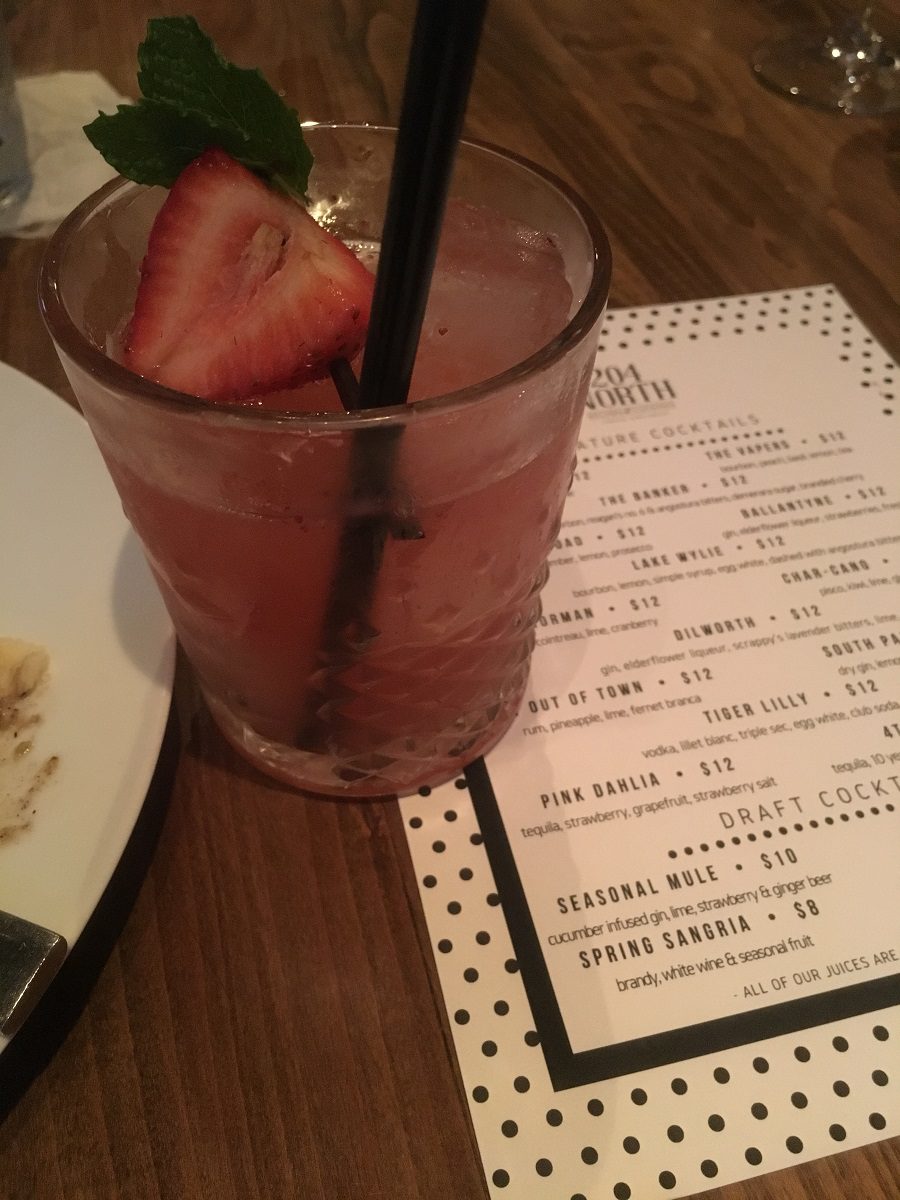 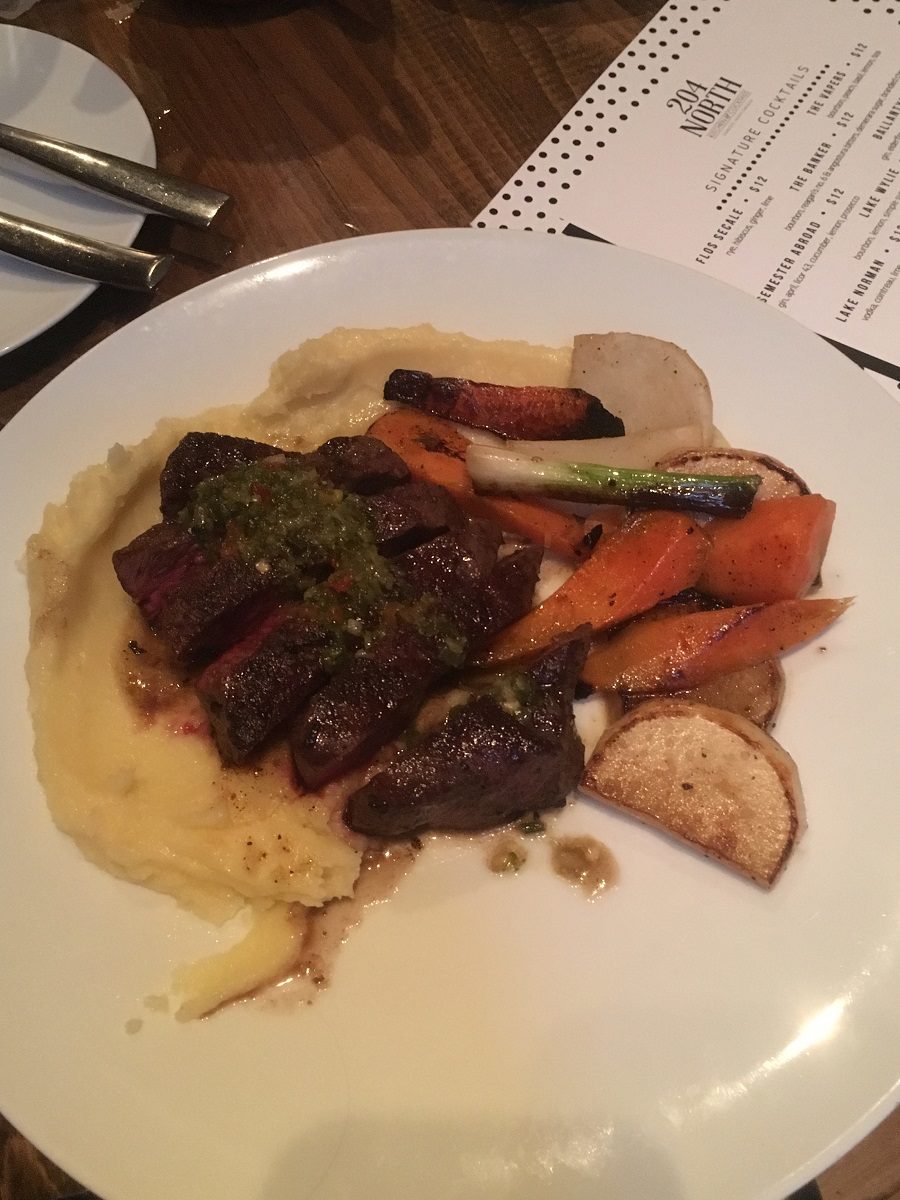 On Sunday, we made pancakes and I did some meal prep (you can see the video on my Facebook page), took Tater to the dog park, and then stopped by a local brewery for a cold beer. And they had free sandwiches, so we grabbed an unexpected lunch there. We weren’t expecting to eat out, but the opportunity arose, and life happens.

But, as soon as we got home, I made dinner based on my previous meal prep earlier. I grilled some chicken, cooked up some quinoa, made a broccoli stir fry, baked some carrots and asparagus, cut up some red bell peppers, and rinsed my swiss chard. It took about an hour total, and my lunches are pretty much set for the week now! 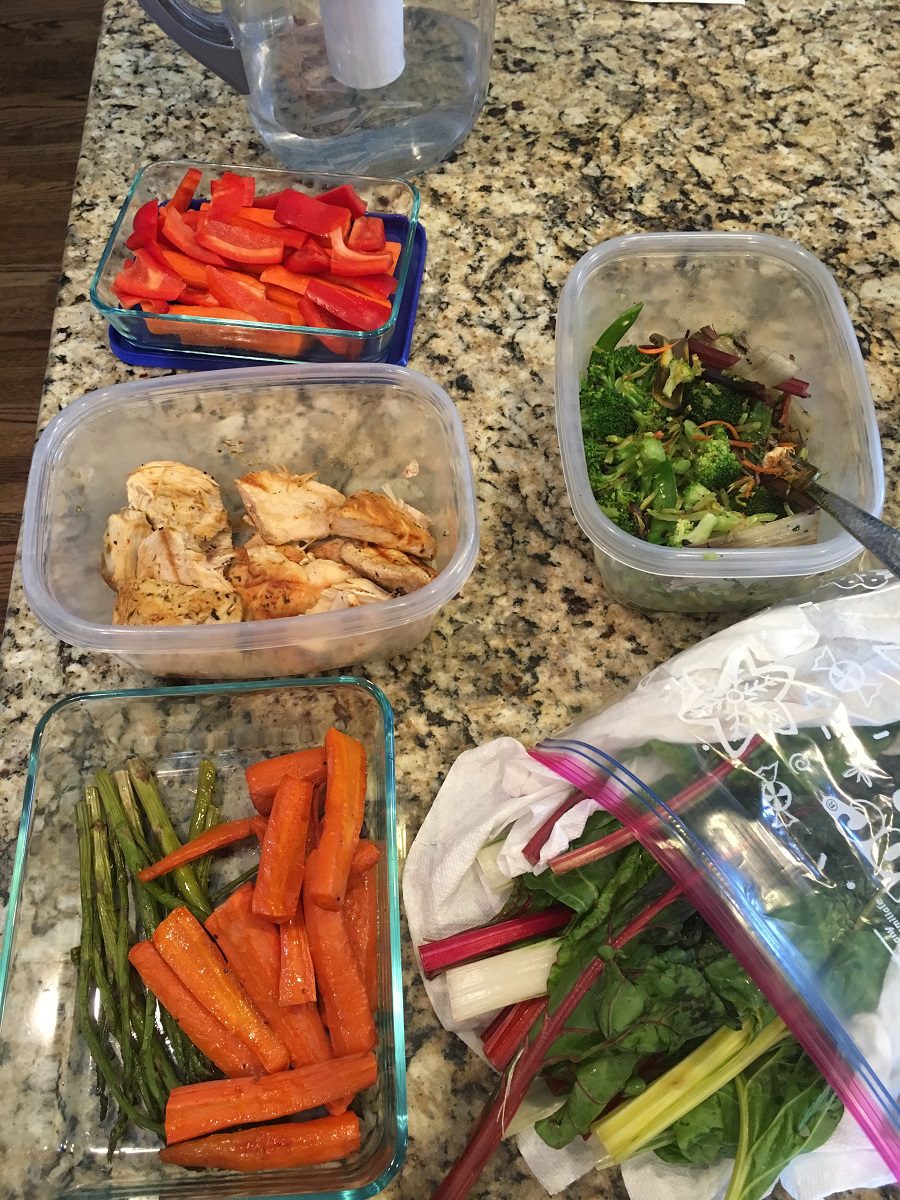 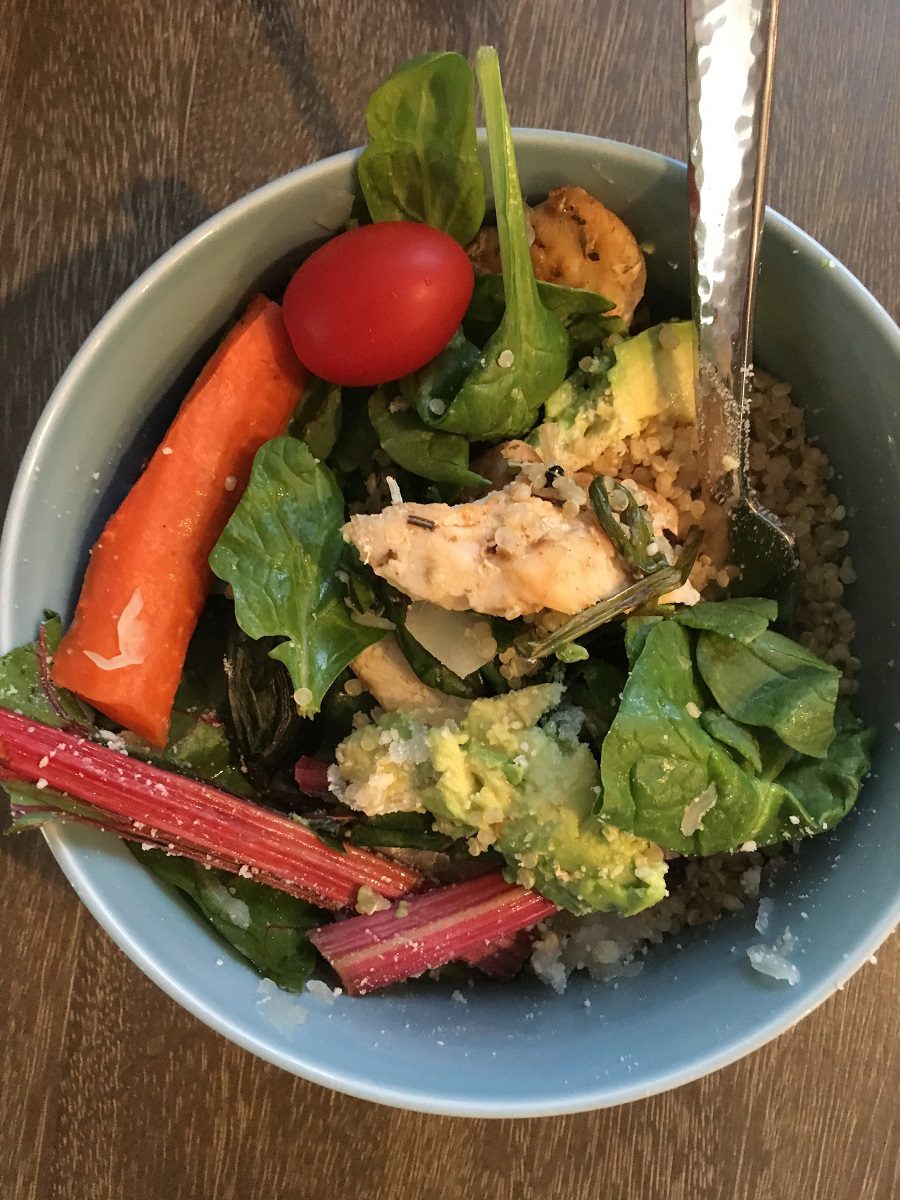 So, as you can see, I probably eat out more on the weekend, but I like to balance it out with plenty of homemade meals and recipes too. So this week, we’ll be veggin’ on lots of homemade meals. I think finding the balance that works for you is what is most maintainable.

Tell me about your weekend!!

Do you eat out more on weekends?

18 responses to “Balancing Eating Meals Out and Meals In”